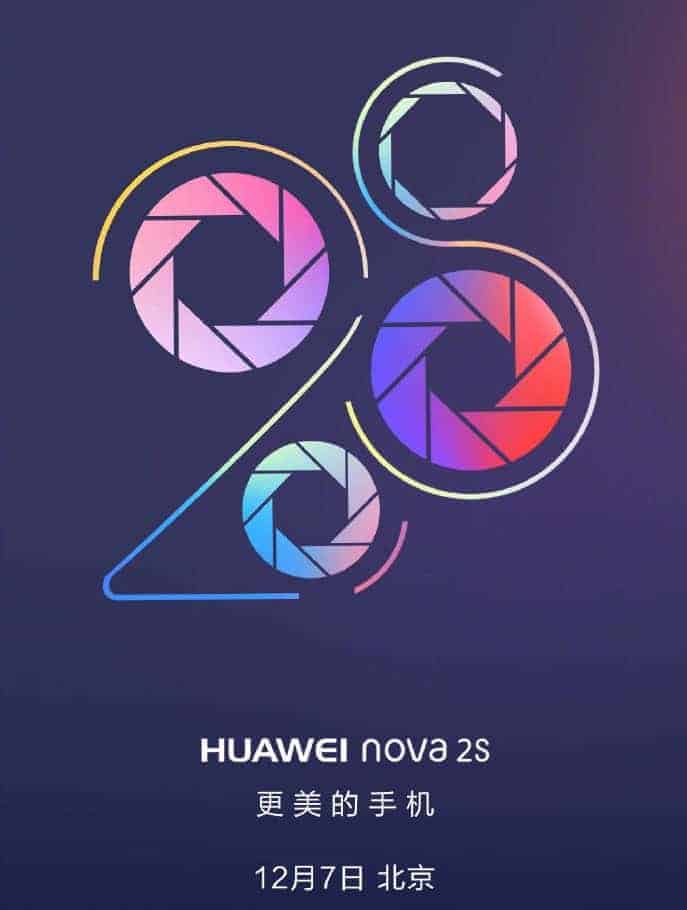 It's official, the Huawei Nova 2S will be announced on December 7, according to an image shared on Weibo (Chinese social network). This smartphone actually surfaced yesterday in quite a few images, and even some of the phone's specifications popped up as well. Interestingly enough, until yesterday, we did not even hear of this handset, so it's quite surprising that Huawei already announced its release date. In any case, if you take a look at the provided image, you will notice a number '2', and a letter 'S' next to it, while this teaser image also seems to suggest that the phone will sport four cameras.

The Huawei Nova 2S is a successor to the Huawei Nova 2 and Nova 2 Plus which were announced earlier this year, and the Nova 2S will look far more modern than its siblings thanks to the thin bezels the phone will sport. The Huawei Nova 2S will be made out of metal and glass, while it will sport a dual camera setup on its back. This phone actually reminds us of the Huawei Mate 10 in terms of the design, as it will sport a front-facing fingerprint scanner as well, which will, almost certainly, double as a home key, even though this phone will probably utilize on-screen navigation buttons. The Huawei Nova 2S' display will sport rounded corners, and all the physical buttons will be included on the right-hand side of this smartphone. Now, if the specs leak is to be believed, the Huawei Nova 2S will be fueled by the Kirin 960 64-bit octa-core processor, while it will feature 6GB of RAM on the inside. A 6-inch display will be a part of this package as well, and we're probably looking at a fullHD+ (2160 x 1080) panel here.

In addition to all that, the phone will come with 20 and 16-megapixel snappers on the back, while the leaked spec sheet only mentioned a 20-megapixel front-facing shooter, we're still not sure what to expect in terms of the secondary front-facing camera. Android 8.0 Oreo will come pre-installed on the Huawei Nova 2S, while you will get Huawei's custom UI, Emotion UI (EMUI) 8.0, on top of Google's OS. NFC will be a part of the package as well, and so will HiFi audio according to leaked specs. 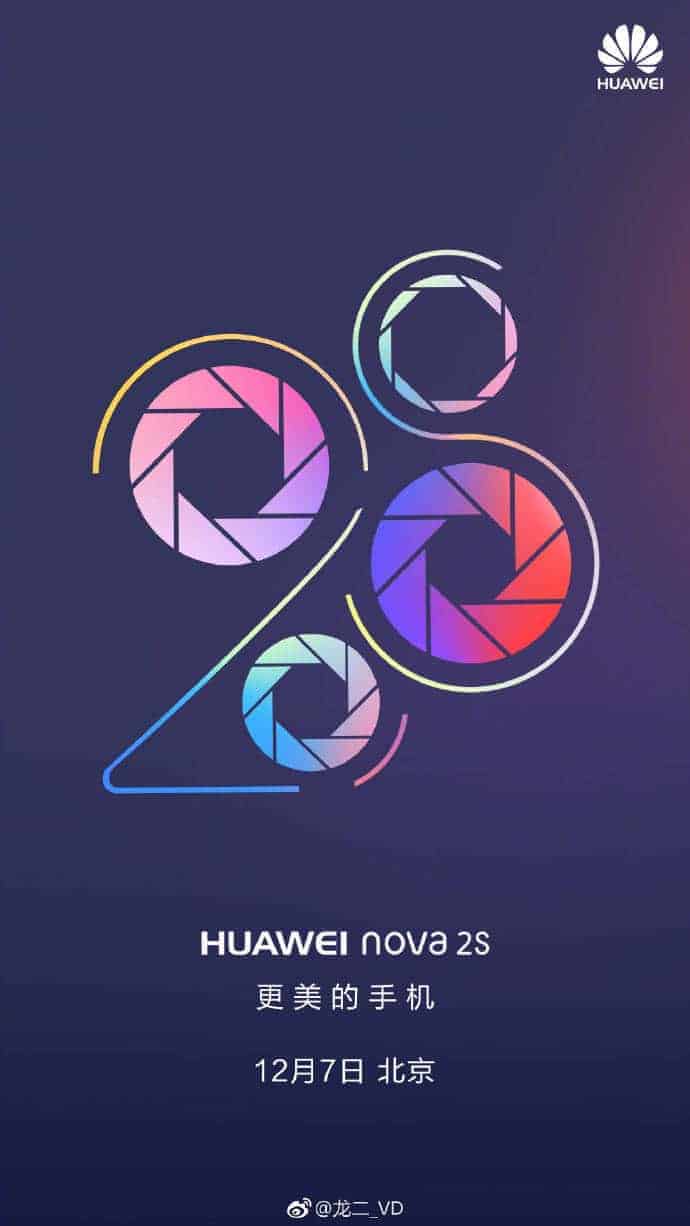