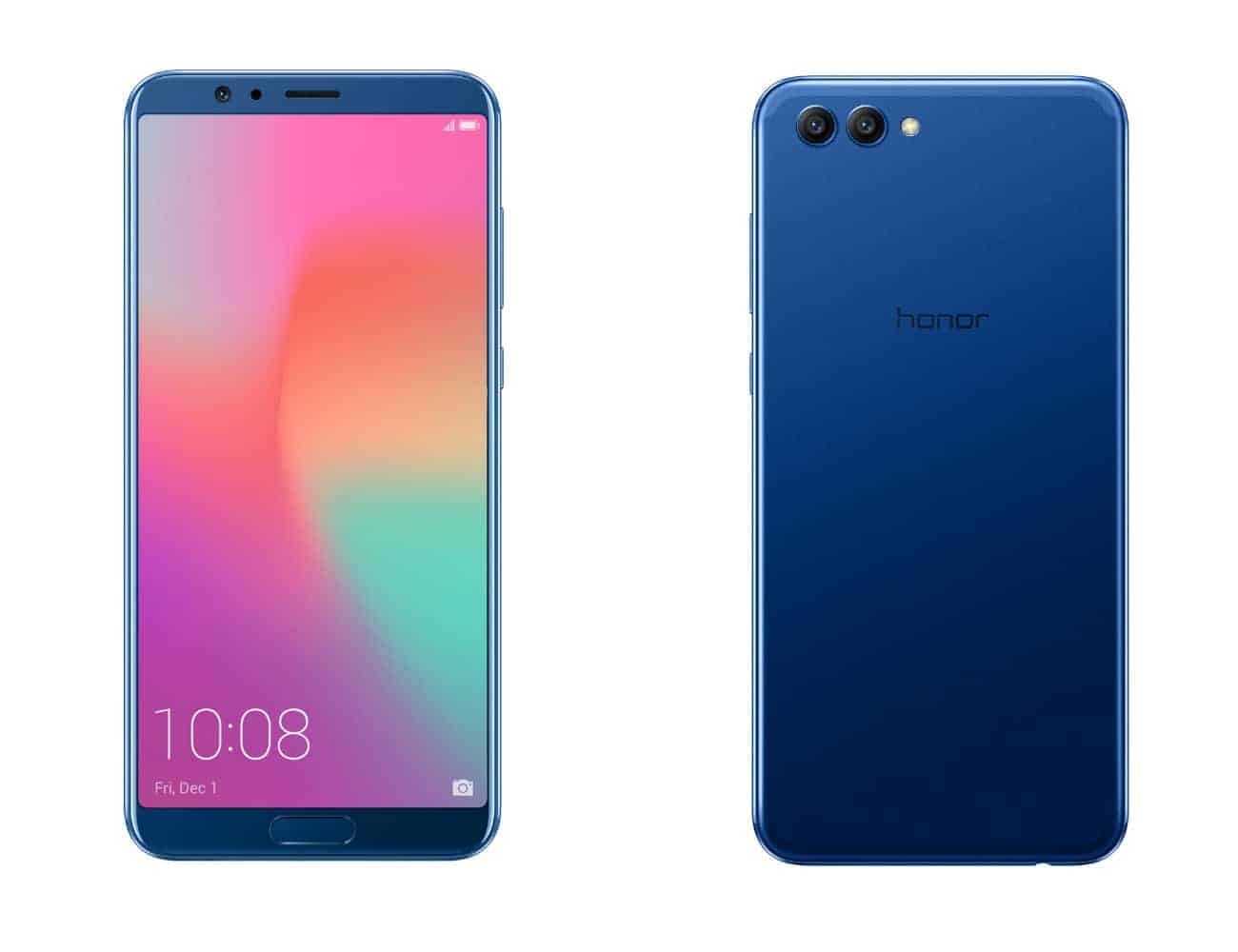 Along with announcing the Honor 7X, Honor has also introduced the Honor View 10 for the Indian smartphone market. The Honor View 10 is essentially a rebranded Honor V10, it's the same exact phone, but it comes with a different name in India, for one reason or the other. The phone was announced in China as the Honor V10 a while back, and it landed in the US with that very same name yesterday as well, so the Honor V10 naming is not limited to China only.

In any case, the Honor View 10 is the company's flagship smartphone, it comes with really thin bezels, rounded display corners, a dual camera setup on the back, and a front-facing fingerprint scanner. The device is made out of metal, and it two rear-facing cameras actually protrudes a bit. This smartphone sports a 5.99-inch fullHD+ (2160 x 1080) FullView display, 6GB of RAM and 128GB of expandable storage. The device is fueled by the Kirin 970 64-bit octa-core processor, which comes with the i7 co-processor, and the Mali-G72 MP12 GPU. 16 and 20-megapixel snappers are placed on the back of the Honor View 10, the 16-megapixel camera packs in an RGB lens, while the 20-megapixel snapper comes with a monochrome lens. A 13-megapixel camera is available on the front side of the device, and a 3,750mAh battery (5V/4.5A fast charging) is also a part of this package. Android 8.0 Oreo comes pre-installed on this smartphone, along with Huawei's Emotion UI (EMUI) 8.0 skin. There are two SIM card slots included in this package, and this is a hybrid dual SIM setup, identical to the one on the Honor 7X, which means that the second SIM card slots can be used as a microSD card slot as well, just in case you'd like to expand the phone's internal storage.

The Honor View 10 comes in Black and Blue color variants, and the price point for India is still unknown, but the phone is priced at €499 in Europe, and £449 in the UK, while its price point will probably be slightly higher in India, but we'll just have to wait and see. The phone will become available starting on January 8 in India, and the same can be said for the UK, France, Germany, Italy, Russia, Spain and the US.