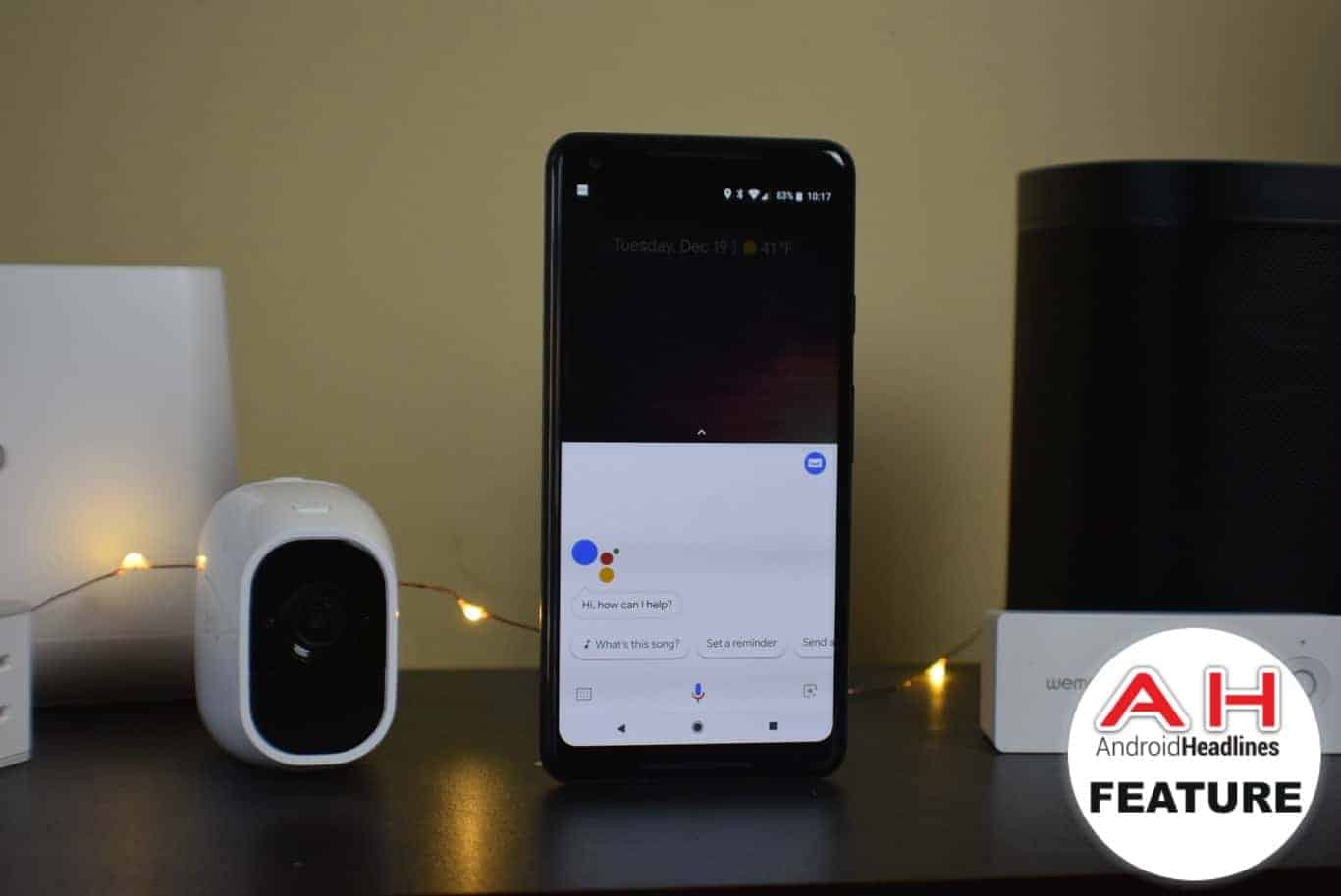 Every year, it seems like home automation or the smart home market has a big year. But 2017 was definitely a big year for the industry. Largely thanks to Google Assistant and Amazon Alexa expanding its availability and integration. There was also a number of new products announced, as well as a ton of new companies coming out with their own first smart home products. There were some acquisitions as well. So the market did change quite a bit in 2017. Let's take a look back at the last 12 months and see how much things have really changed. 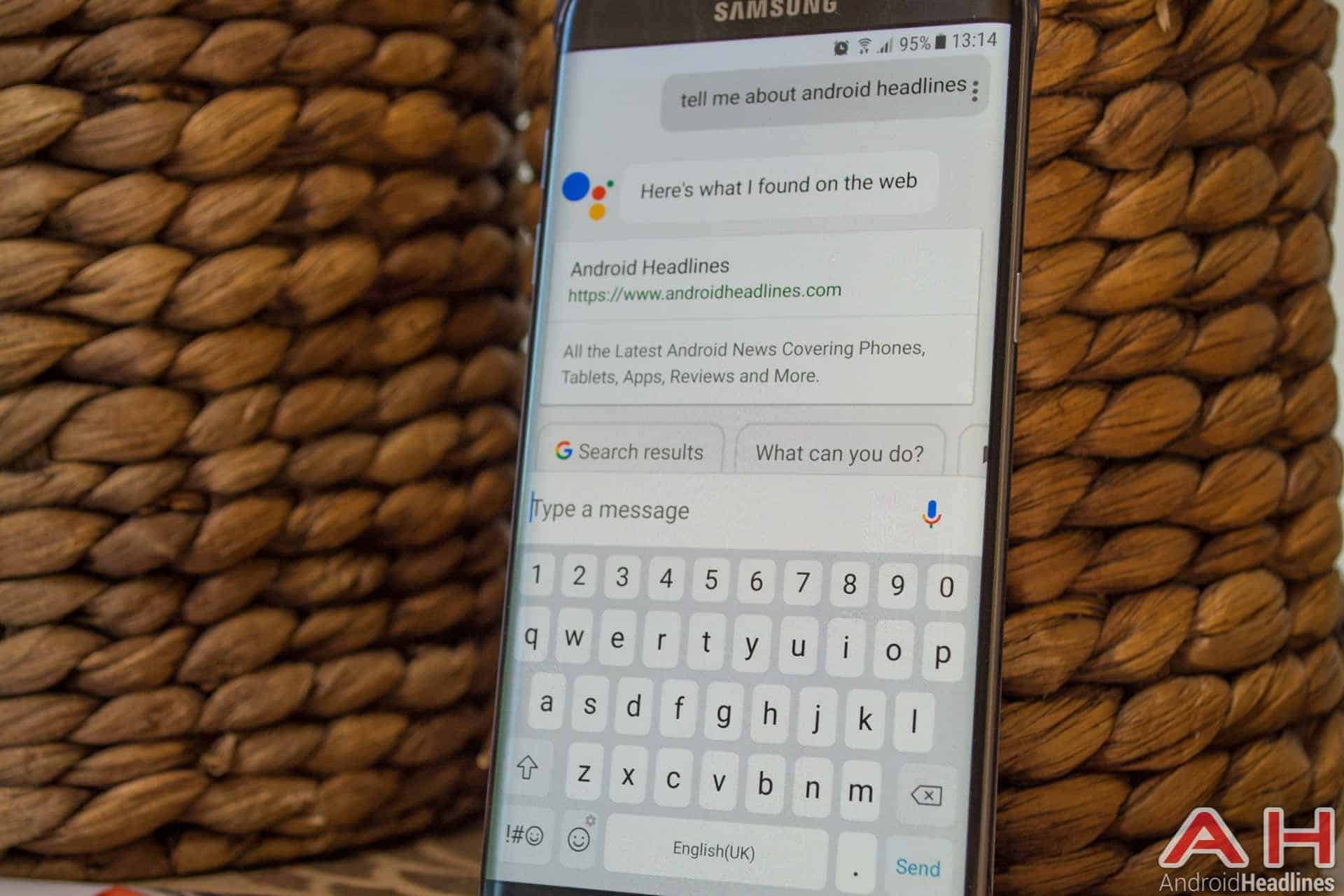 Not much of a surprise here, but Google worked hard to bring Google Assistant everywhere in 2017. Many may forget, but we entered 2017 with the Google Assistant only being available on the Pixel, Pixel XL and Google Home. At Mobile World Congress 2017 in February, Google announced that Assistant would be coming to all Android Nougat-powered Android smartphones – the LG G6 was the first one announced with Google Assistant out of the box. Then in the Spring, Android Wear 2.0 finally rolled out, and brought Google Assistant to the wrist. And of course, Google continued with releasing the Google Home Mini and Home Max, as well as the Pixelbook at its fall hardware event.

Those were just Google's announcements for the Assistant. There were also other products that got support this year, like the NVIDIA SHIELD TV. Which NVIDIA did show off at CES in January, but it didn't launch on the new SHIELD TV until this fall. That was largely because Google and NVIDIA had to work together to adapt the Assistant to work on the big screen versus on a smaller smartphone display or via voice. Assistant also came to Sony's Android TV's this fall, and will likely round out the Android TV lineup in the next few months, especially with CES in January. There were also a number of Google Assistant-powered speakers that launched in 2017, that weren't from Google. These were from Google's partners like JBL, Sony, and Anker, to name a few.

The Google Assistant did move into a ton of other places in 2017, and it's likely that Google isn't done expanding Assistant's availability. Seeing as Google does want everyone using the Google Assistant on everything that they use. Whether that is a smartphone, a smartwatch, a TV, a speaker or even their computer. 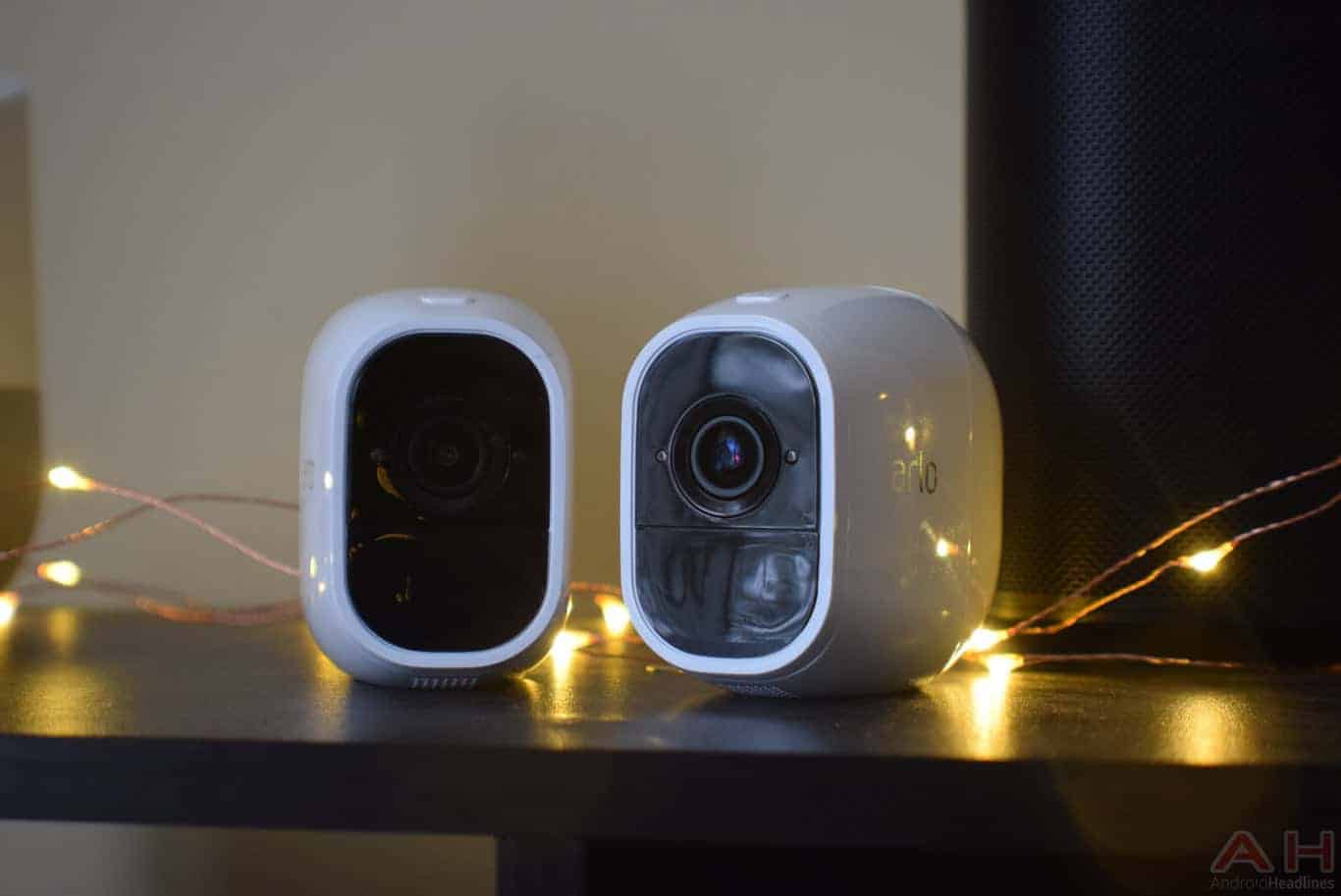 It seemed like the most popular new product in 2017 was a security camera and/or an entire security system like what Nest did with the Nest Secure. Just about every smart home company (and even those that hadn't entered the industry yet) announced a security camera this year. Whether that was TP-Link with the Kasa Cam KC120, or NETGEAR with the Arlo Pro 2, Nest with the Nest Cam IQ (both indoor and outdoor models), or even the Amazon Cloud Cam. Security cameras were a big deal in 2017 and it's not hard to see why. Many people want to keep an eye on their home, when they aren't there, and even when they are there. And a security camera is a good solution. Seeing as you can see what's happening from your phone, from anywhere in the world, and you can also get notifications when motion or someone is detected. And a new feature that many are adding this year is Google Assistant and/or Amazon Alexa support. Allowing you to tell Alexa to show the feed from a specific camera on the Echo Show or your TV with the Fire TV (or Fire TV Stick).

But it wasn't just smart security cameras in 2017. There were also a ton of smart locks and video doorbells announced. Nest announced the Nest Hello at an event in September, though that isn't expected to ship until next year, it was still announced in 2017. Ring also updated its smart video doorbells, and so did August with its smart lock, as well as announcing its own doorbell. These are also becoming very popular because a lot of people want to know who's at the door, without the person there knowing you're home. But it also allows people to see when packages are being delivered, and whether they are being thrown on the porch, or worse, stolen. And of course, smart locks are becoming popular because you will never need to worry about forgetting your keys again – since no one ever forgets their smartphone these days.

If there's one reason to get into the smart home world, and make your home smarter, it's definitely for home security. There are a ton of things you can do to protect your home for when you are home and when you aren't. Many of these cameras can be hidden quite well, so people don't see them. Smart locks are great because you can easily check the status of your door, even if you're not at home, and remotely lock it. And these products are only going to get better over time, of course. 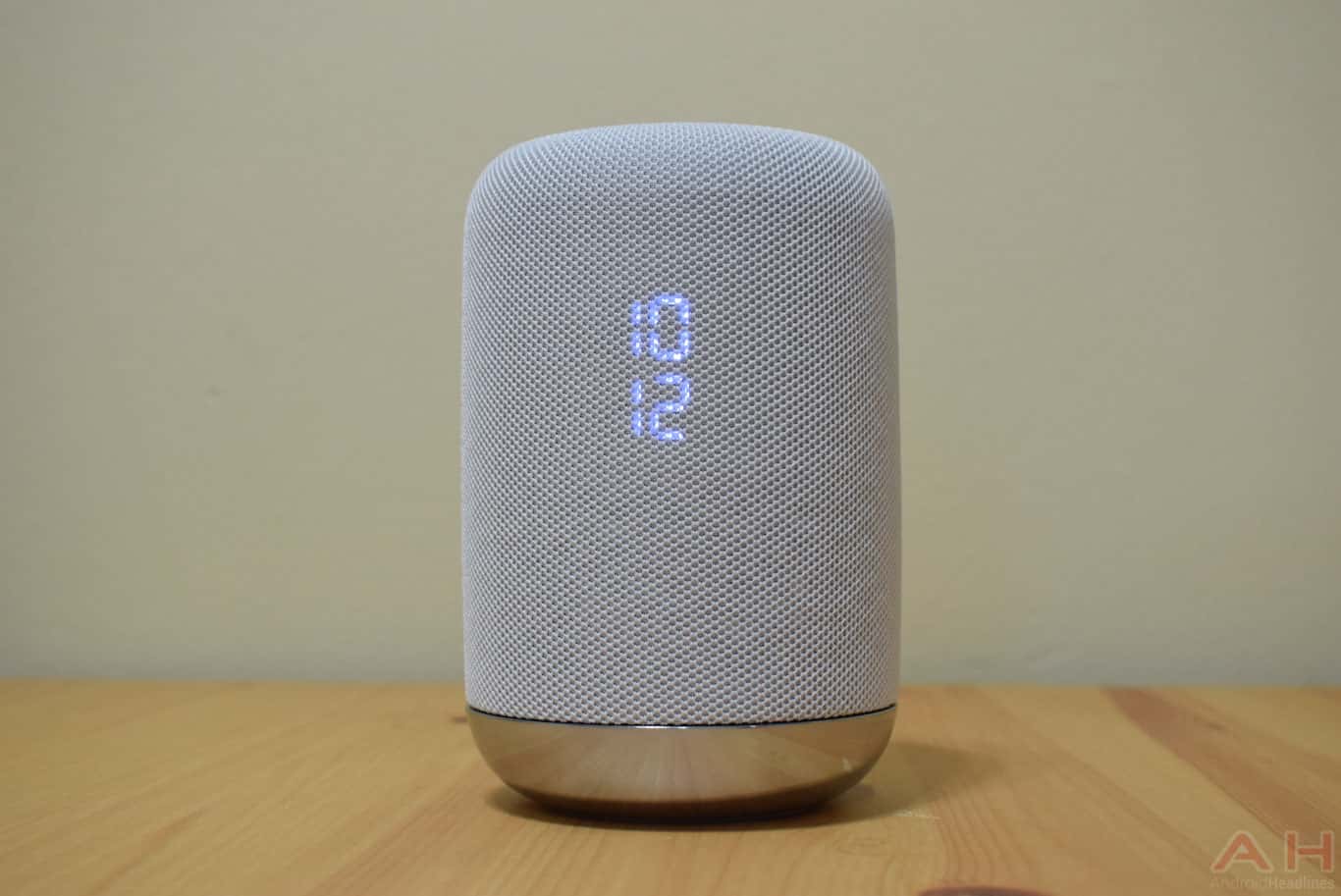 While Amazon Alexa and Google Assistant did not debut this year, they did expand, quite heavily actually. Amazon announced a slew of new Echo devices, and Google expanded the Google Home lineup. But that's not all. Both platforms also opened up for third-party speakers, and towards the end of the year, there was an influx of Alexa and Google Assistant speakers hitting the market from Sony, Sonos, JBL, Harman Kardon and a few other big names. Really giving these assistants the type of sound they deserve.

A third-party Amazon Alexa or Google Assistant speaker isn't quite the same as an Echo or a Google Home, we found out through reviewing the majority of these this year. Particularly on the Alexa side, third-party speakers don't have access to all of the same features as an Echo. For instance the Ultimate Ears BLAST doesn't stream a number of music services that the Echo does. On the Google Assistant side of things, it's mostly the same experience as on a Google Home. Though the microphones aren't as good as a Google Home, and often picks up the trigger word a lot more, even when you're not saying it.

It wasn't just speakers either. At least with Alexa, there were a number of other products announced that had Alexa built in. Like the ecobee4 smart thermostat. Not only is it compatible with Alexa, but it actually has Alexa built-in. So you could ask your thermostat to read you the news, or order pizza from Domino's. That wasn't the only Alexa product though, that wasn't a speaker. There was also the GE Lighting C, which is a great looking lamp, that also has Alexa built in, with a speaker. It's a pretty unique product, that got a lot of attention this year and for good reason.

Expect to see a lot more speakers and other products coming out with Amazon Alexa or Google Assistant – or even both – in 2018 and beyond. There are already a number of names that are slating to release their own products in early 2018 with one of these assistants, and the trend is likely going to continue. 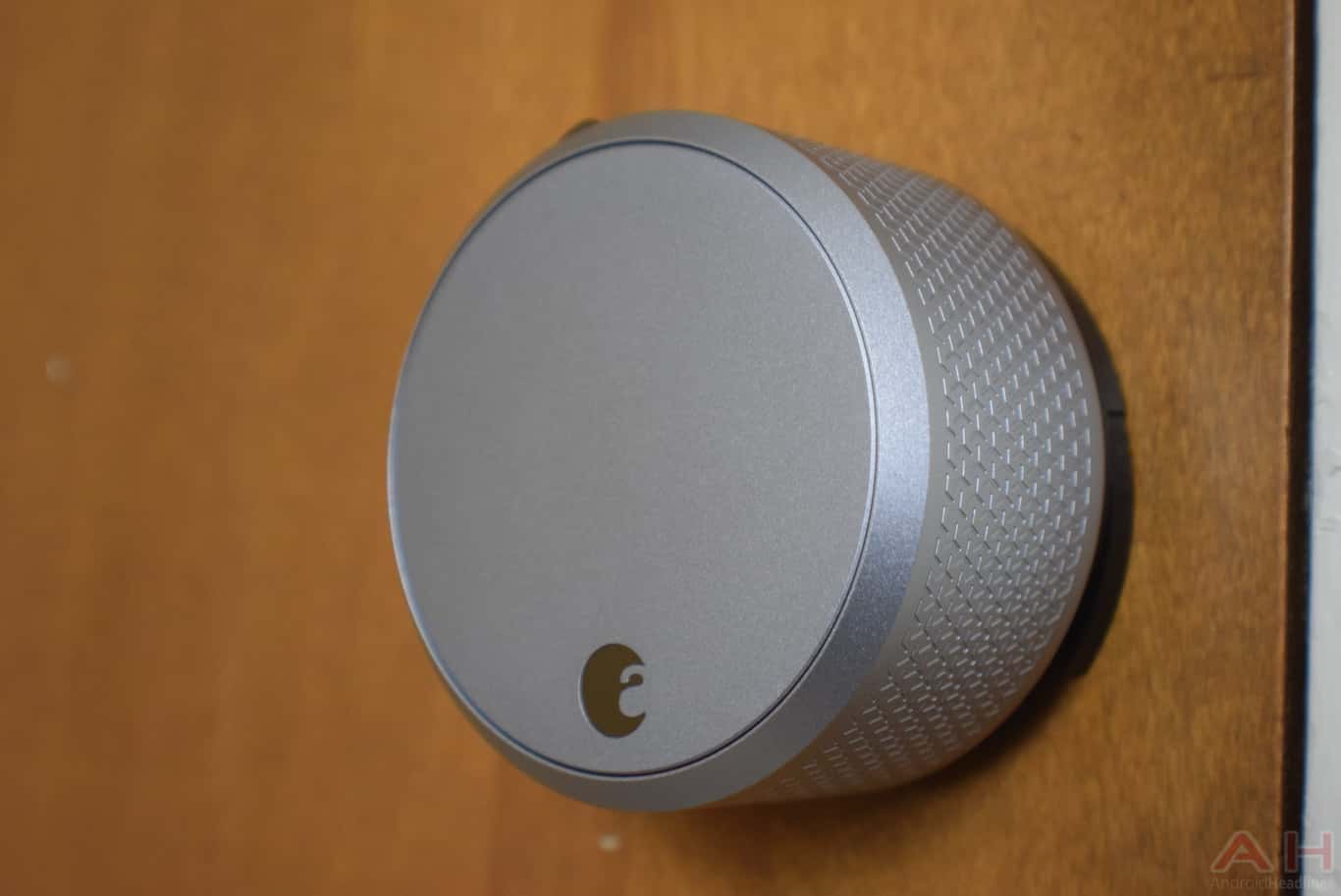 Most people probably don't even know what ASSA ABLOY is. But it's a company that owns a number of different lock companies and brands like Yale and others. It decided to acquire a pretty popular name in the smart lock space this year, August Home. Which is going to make ASSA ABLOY a pretty big name in the smart lock space in 2018 and further into the future. This isn't really a big deal, in the smart home space for 2017, but it shows that the smart home space is important, and larger companies that are lagging behind are able to just purchase another one like August Home and immediately jump into the space. 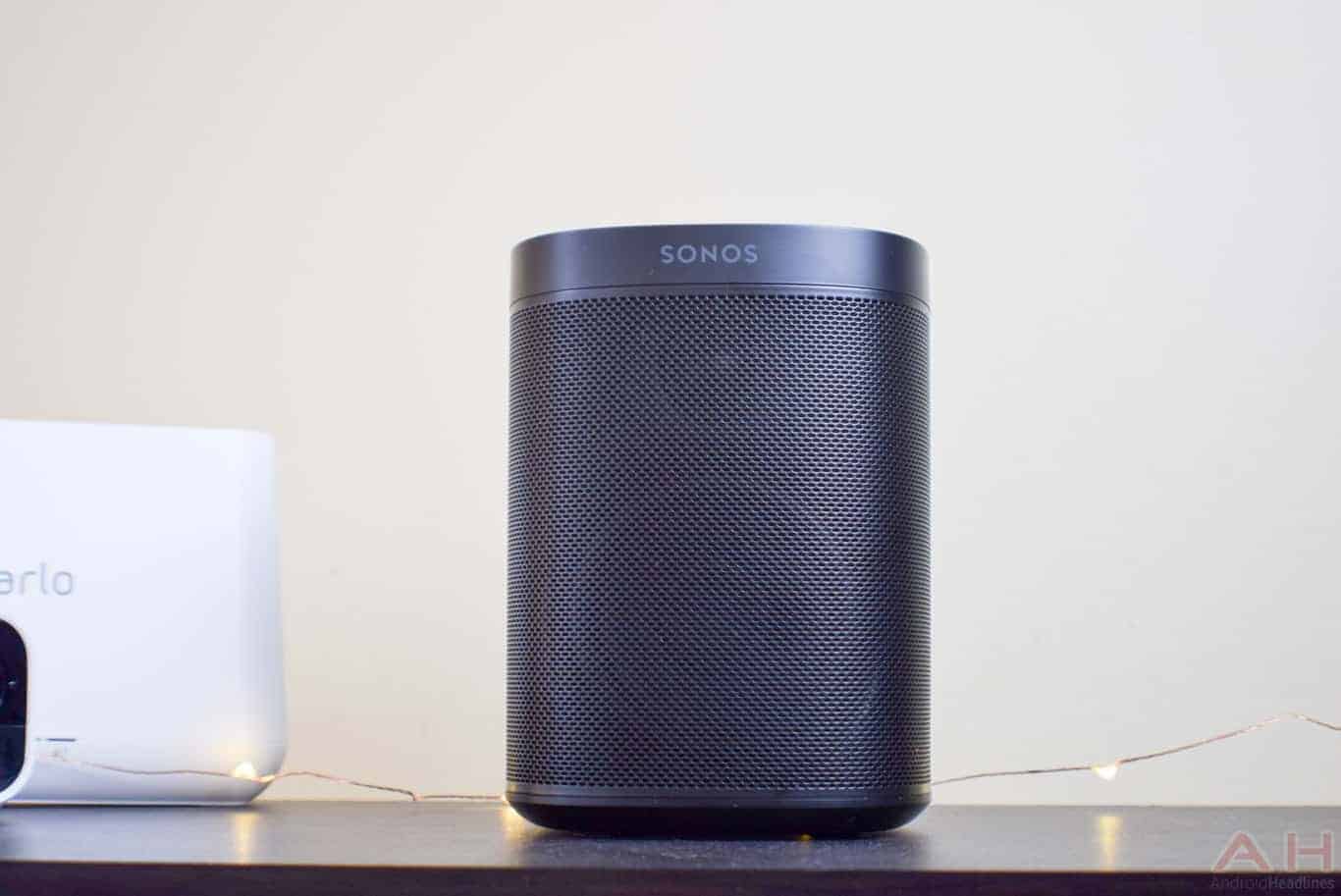 The smart home industry may not look like it changed a lot this year, but it actually did. And there are two reasons for the majority of the changes, which is Amazon Alexa and Google Assistant. Many products were updated, or got new versions that added support for one or both of these smart assistants. And of course, bringing out more products that have the Google Assistant or Amazon Alexa built in, like the Sony LF-S50G or the Sonos One, is definitely important. And it's going to continue to be a big part of smart home and home automation moving into the future. The ability to not only control your smart home products from your smartphone, but also through your voice is a big deal, and it makes it more accessible for more people.

Going into the new year, we will likely see a number of smart home products announced at CES in Las Vegas in just a short time, and it's very likely that they will support either Amazon Alexa or Google Assistant, or both – actually more than likely both. Google is also going to continue bringing Assistant to every platform possible, although it does have most platforms covered already. And Amazon is going to be doing the same thing with Alexa, as we saw at CES this past year, with Amazon teaming up with the likes of Element and even LG – putting Alexa in your fridge! While 2017 was a pretty exciting year for the smart home, 2018 is going to be an even more exciting year, and it'll kick off with CES on the second week of January.