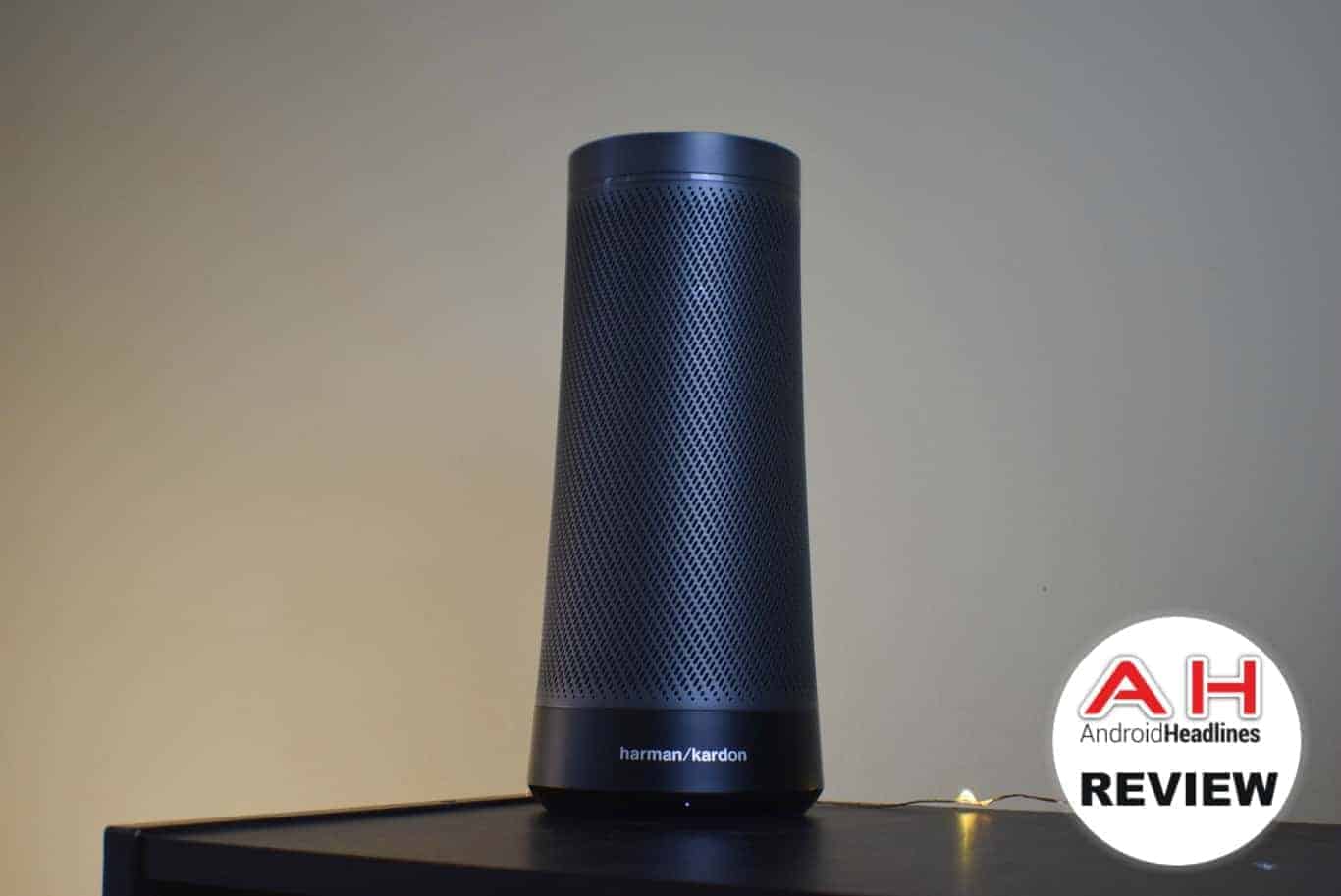 Harman Kardon combines its expertise in the audio world, with Microsoft’s expertise in personal assistants, and created the Invoke.

While other manufacturers are creating their own smart speakers before allowing third-parties to make their own, Microsoft decided to just jump straight in and work with Harman Kardon on a Cortana speaker. The Invoke is the first Cortana-powered speaker to hit the market, and there were high expectations for it. After all, Harman Kardon does make really good speakers with incredible sound quality, and pairing that with Cortana should be a win, right? Well let’s find out. We’ve been using the Invoke for the past few weeks, really getting to know Cortana. So let’s talk about it. 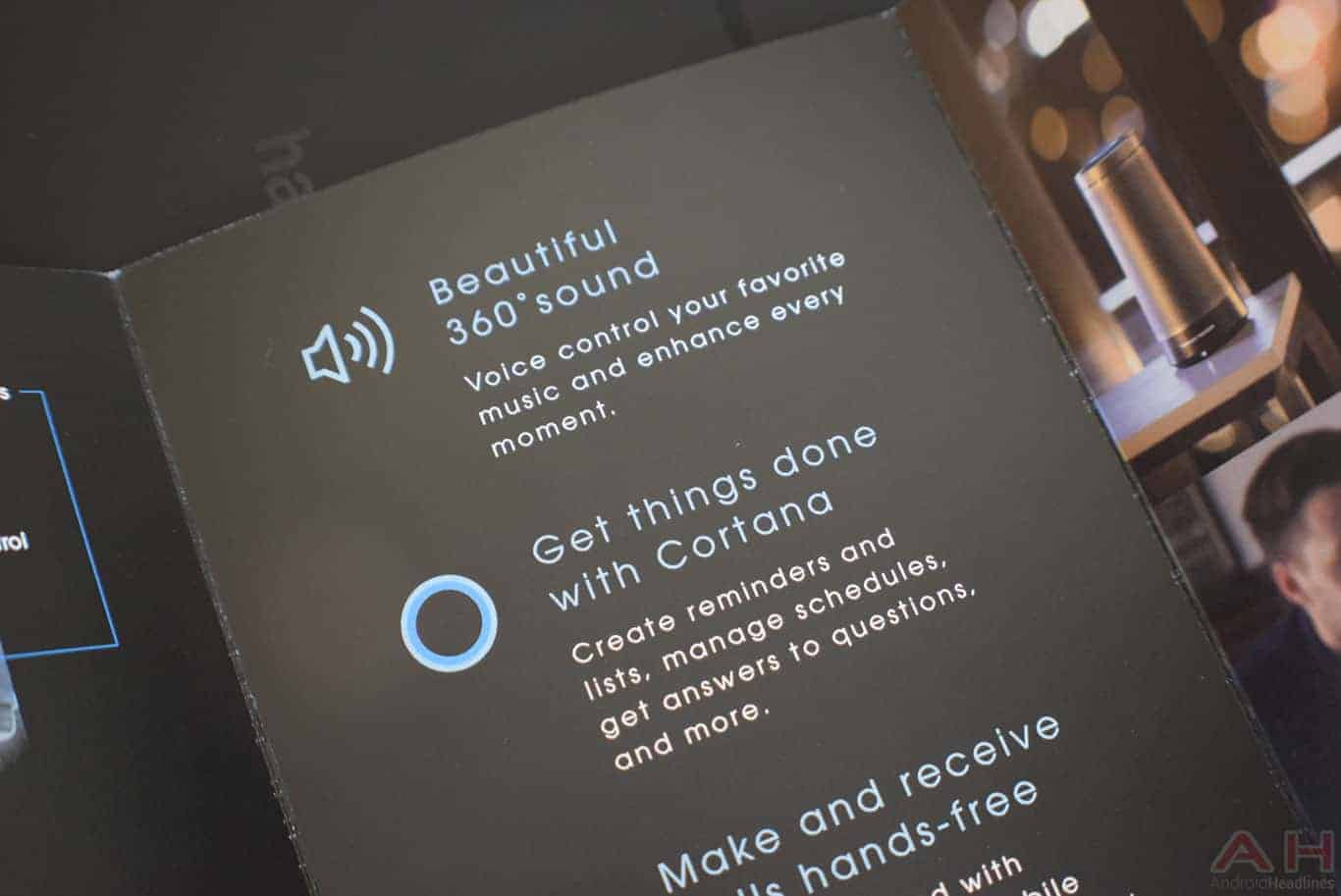 The Harman Kardon Invoke has three 45mm woofers, three 13mm dome tweeters, and has a frequency response of 60-20kHz. It uses Bluetooth 4.1, as well as WiFi 802.11 b/g/n/ac (2.4GHz and 5GHz) for streaming and connectivity. And has 40W for power, there’s no battery inside, as this is not a portable speaker. It weighs in at 2.3lbs, with dimensions of 107 x 242 mm, and finally it supports audio formats AAC, MP3, Vorbis, FLAC, WMA and WAV. 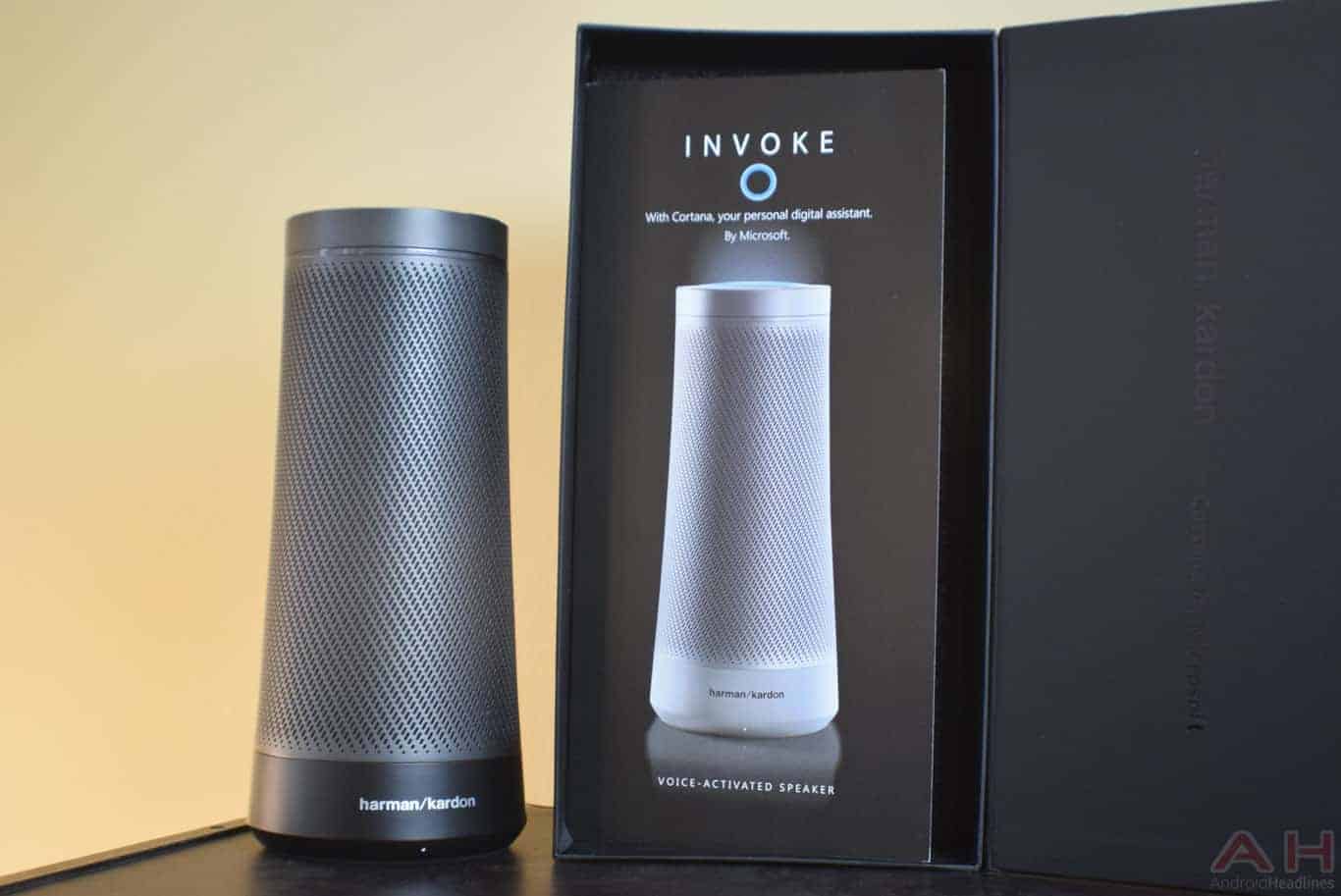 Harman Kardon includes a power adapter as well as the usual assortment of paperwork in the box, including a warranty and a quick start guide. You also get the Harman Kardon Invoke obviously. Interestingly enough, the Invoke actually comes in a plain black box, without much branding on it at all. Which is definitely different from other speakers these days. 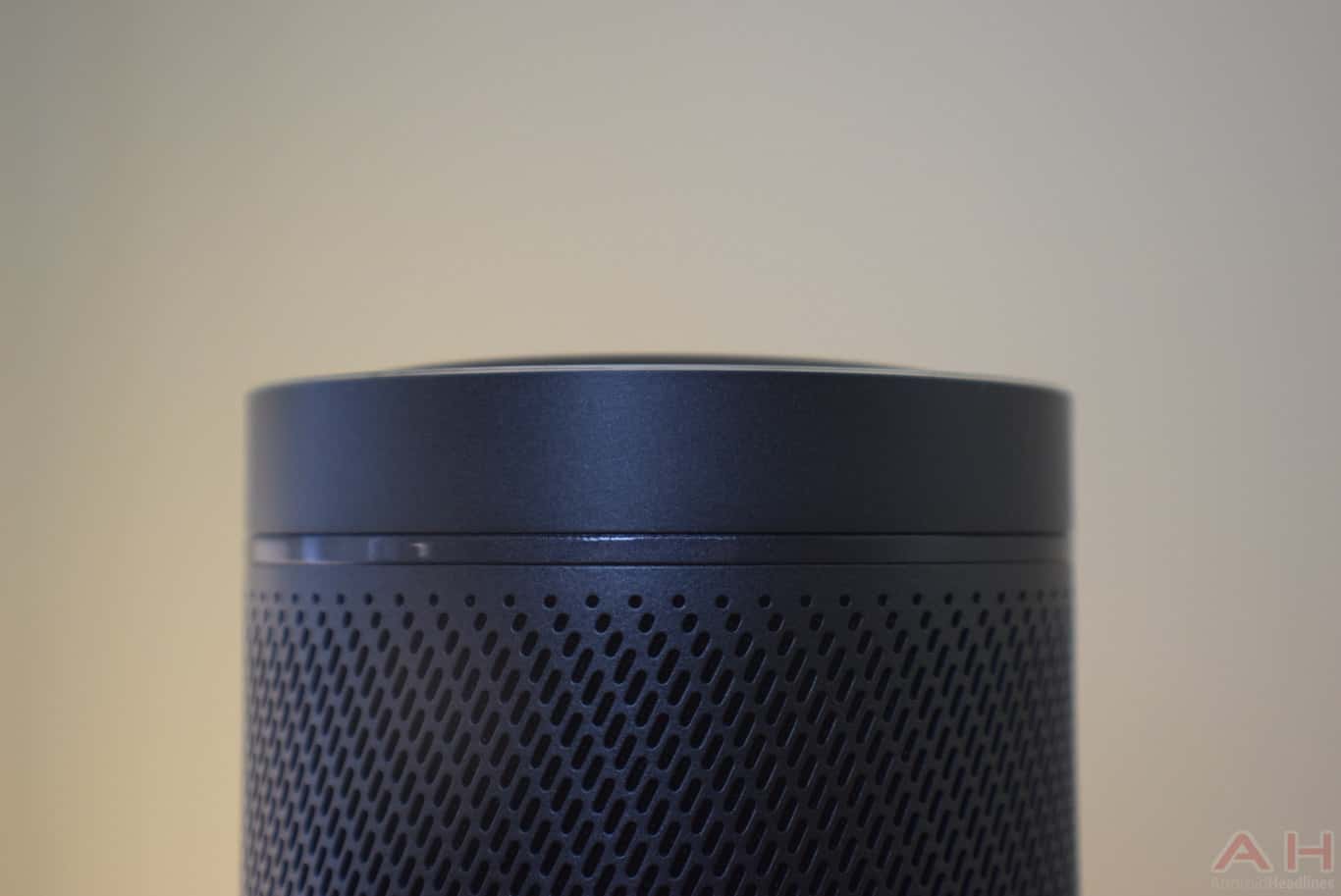 Harman Kardon is known for a couple of things, great looking and interesting designed products, and incredible sound quality. Both of those things are present on the Invoke. The Invoke actually looks like the original Amazon Echo, though the sides are slanted a bit, giving it a larger base than the top of the Invoke. It’s a 360-degree speaker, as you’d expect from any smart speaker these days, so it’ll be able to fill a room with sound pretty easily. It comes in two colors, Graphite and Silver. Our model here is the Graphite one, and it looks really nice. It’ll look great on a book shelf or a table in your home, or even next to your TV.

The top of the Invoke has a ring that can be turned to adjust the volume. Similar to how you can move your finger around in a circle on the Google Home, the Invoke has a physical ring to do this, which is actually nicer, in our opinion. The top of the Invoke is black, but if you tap it you can wake up Cortana and give it a command. It’ll turn blue when it is listening or speaking to you, and if the light is red, then you either don’t have an internet connection, or there’s an issue with Cortana.

On the back of the Invoke, you’ll find a microphone button as well as a Bluetooth toggle. You can turn either of these on or off at will. Underneath the Invoke, you’ll find the power supply and a micro USB port. The micro USB port is labeled for service, so you aren’t able to plug it in via micro USB and get it charging, unfortunately. Otherwise, this is a metal speaker that works on both Bluetooth and WiFi, and it works pretty well. 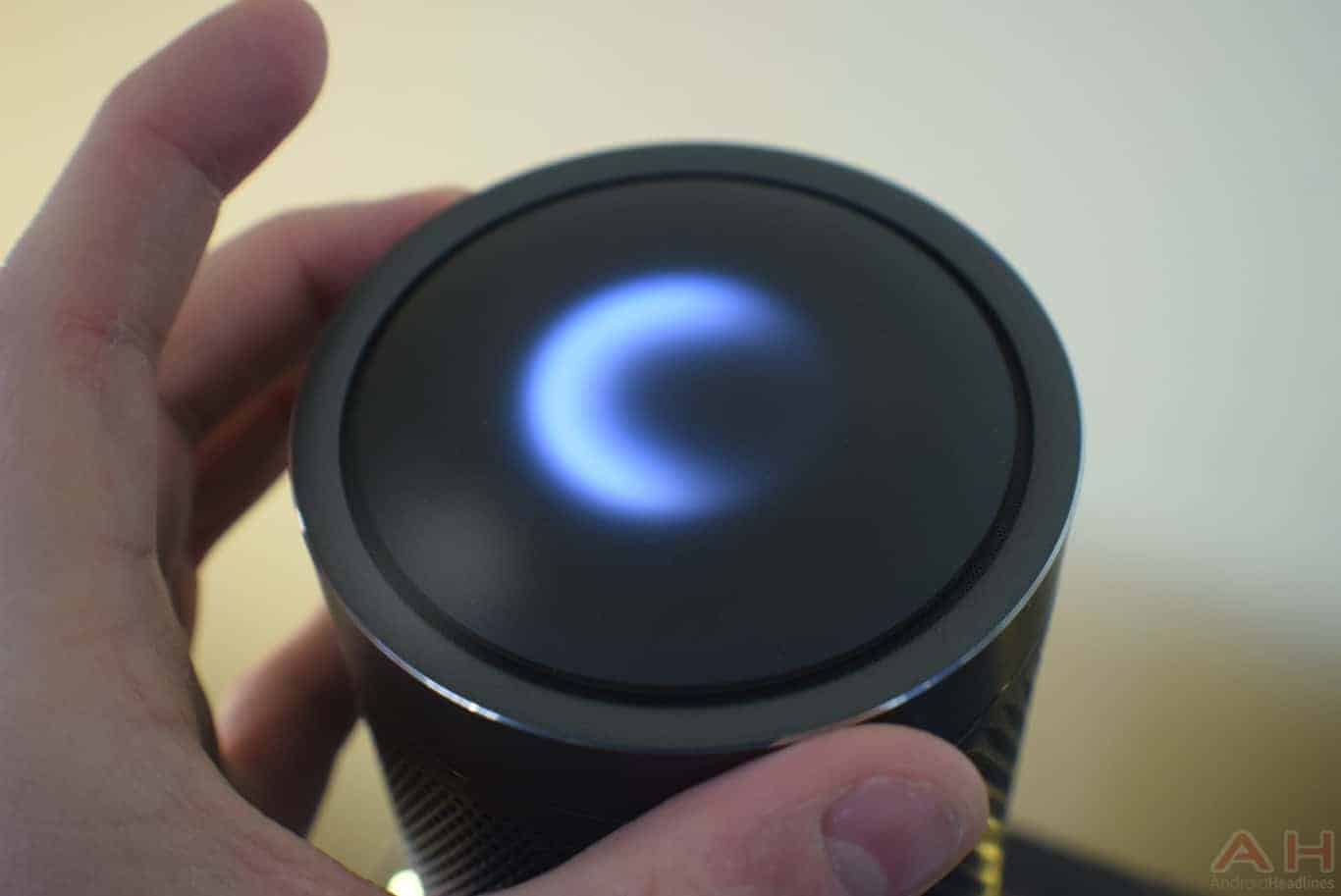 The audio quality on the Invoke is good, but it’s not anything impressive, unfortunately. The Invoke does put out some really good sounding mids and highs, but the bass on the Invoke is not that deep. It’s there, but compared to other speakers we’ve used recently, it’s just not as good as others on the market. So if you don’t listen to any bass-heavy music, this is going to sound incredible to you. But it’s definitely not Harman Kardon’s best effort as far as audio goes. Obviously, since this is a smart speaker with Cortana inside, Harman Kardon could push out an update to improve the audio here, which hopefully they do.

As far as volume goes, the Harman Kardon Invoke can definitely get up there. It was able to fill my entire apartment with audio, without even being turned all the way up. That’s, again, expected, but still good to see. So the Invoke is going to be great to sit in a living room and play music while you’re having a dinner party or just entertaining guests. Whether you want it bumping, or just some light background music, the Invoke has you covered. 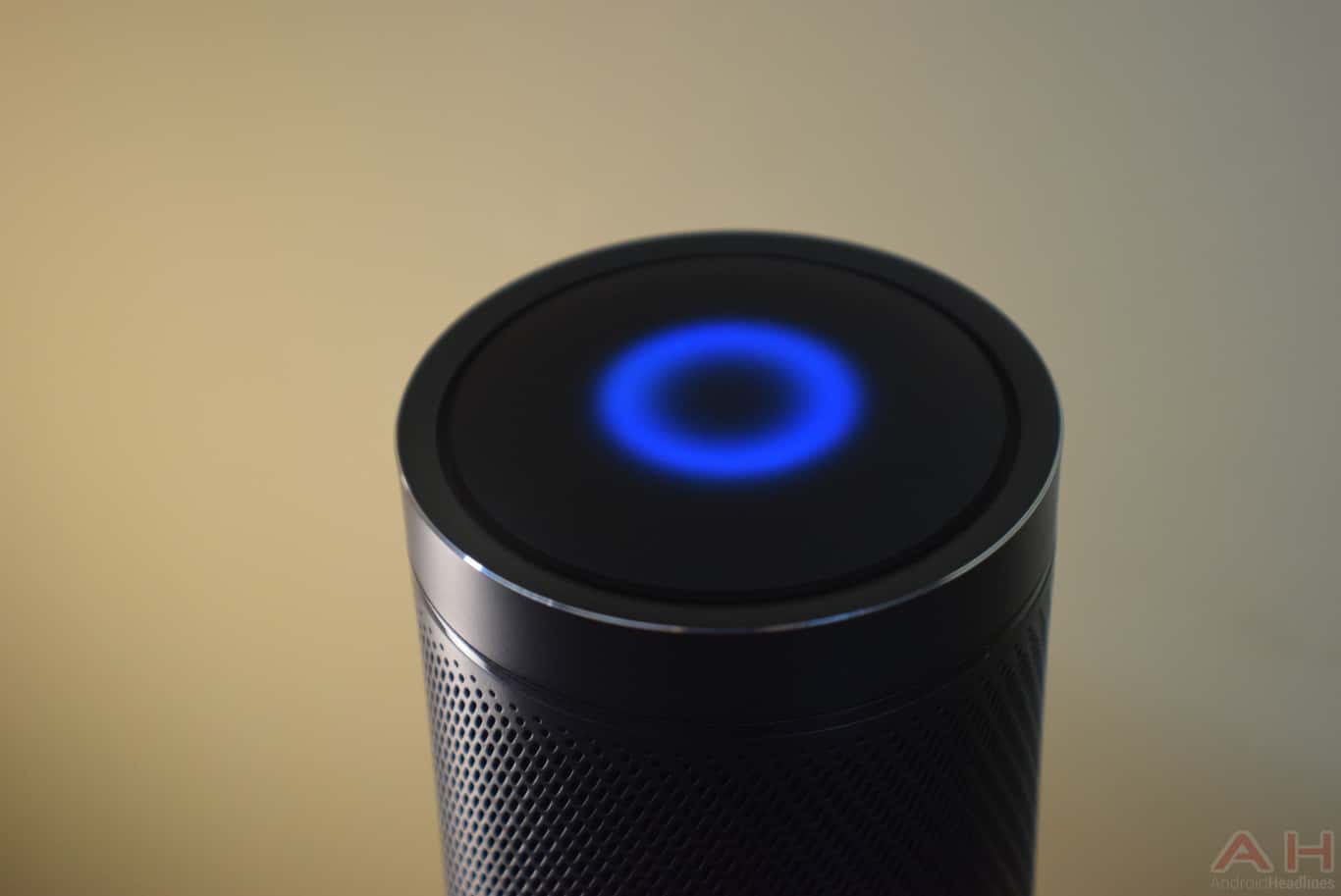 Unlike other smart speakers we’ve reviewed recently, the Invoke has Cortana inside, and this is really our first experience with Cortana. The Invoke is the first Cortana-powered speaker, and it’s not bad for a first generation product. Cortana could use quite a bit of work though, as it’s not quite as robust as what Google and Amazon have with their personal assistants. But Cortana is able to do the usual basic things.

Cortana is able to play music for you, on Spotify, Google Play Music and a lot of the other big names. It actually is able to find my Spotify playlists better than Alexa, who will sometimes say it can’t find a playlist for some reason. Cortana is also able set reminders, read your calendar, and even do alarms. Cortana can answer your questions, but since it has Bing behind it, the answers may not be the most accurate or Cortana may not be able to find these answers. Which is unfortunate, but that’s pretty much par the course for Cortana right now. 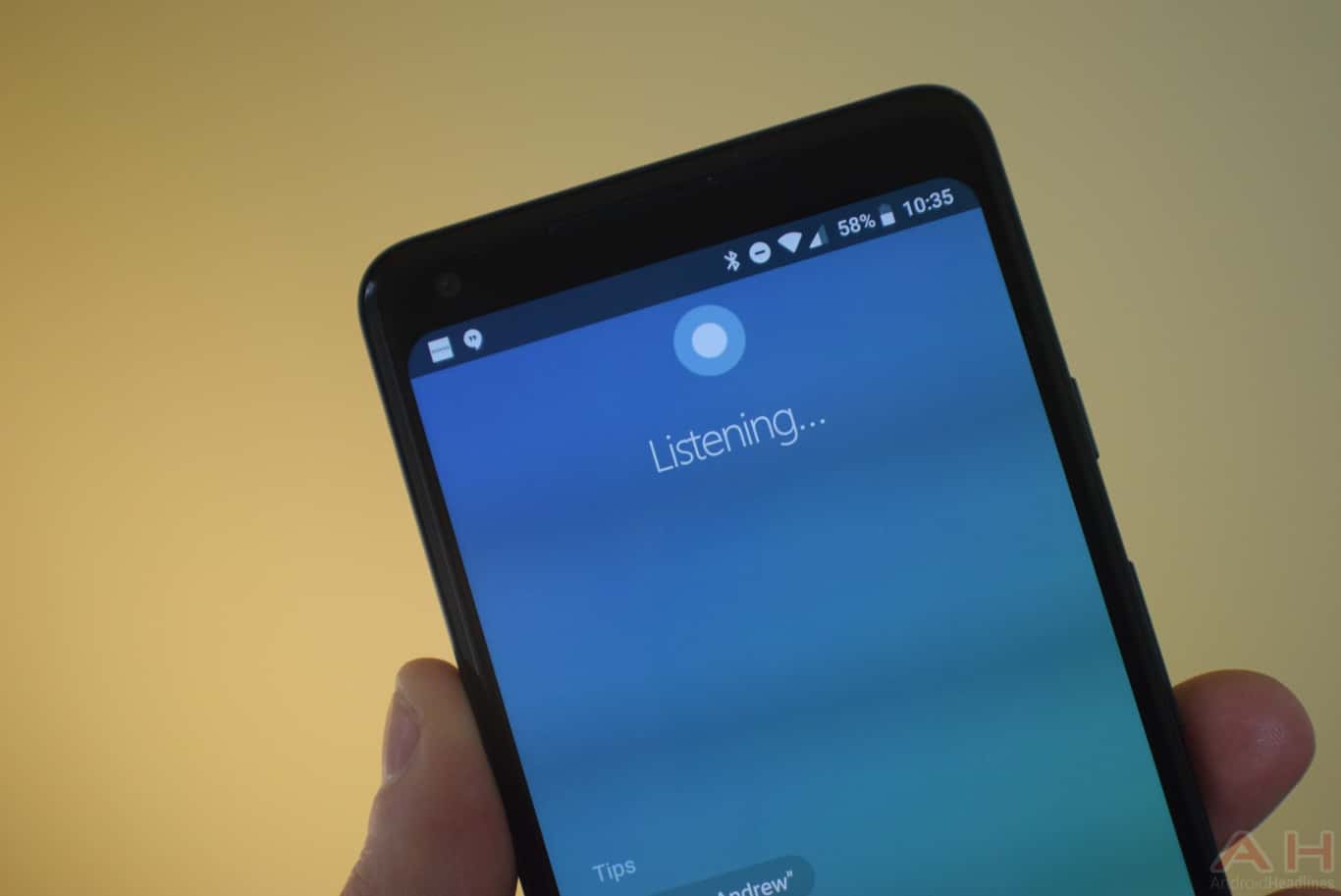 Typically when you say “Hey Cortana” the Invoke will hear you and start listening for a command, but what we’ve found is that it will sometimes pop up and start listening even when you don’t say the trigger phrase, or even anything close to it. For instance, I had some music playing on another speaker today, and the Invoke started listening, and then it said it “couldn’t help with that”. This seems to be a reoccurring issue with many smart speakers these days, as we’ve had the same issue with the Sonos One, the JBL LINK series and even the Sony LF-S50G. So keep that in mind when going to pick up a smart speaker. You may want to turn the microphone off. 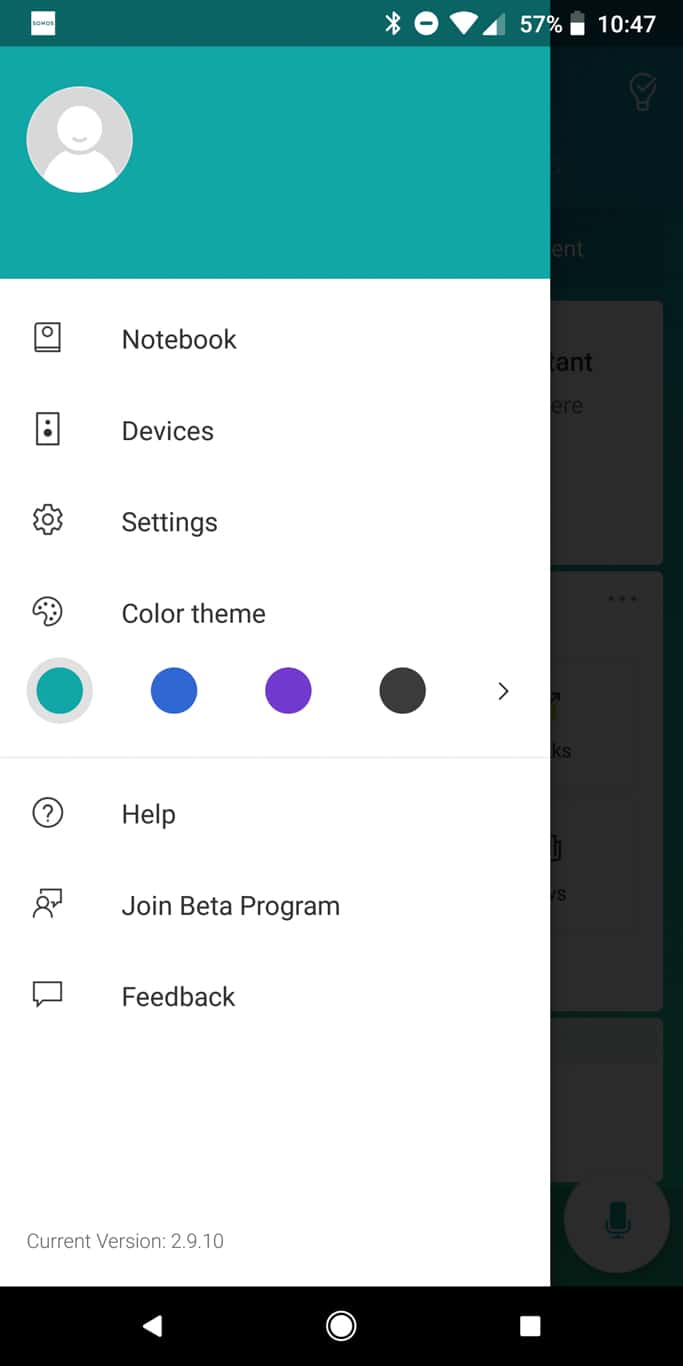 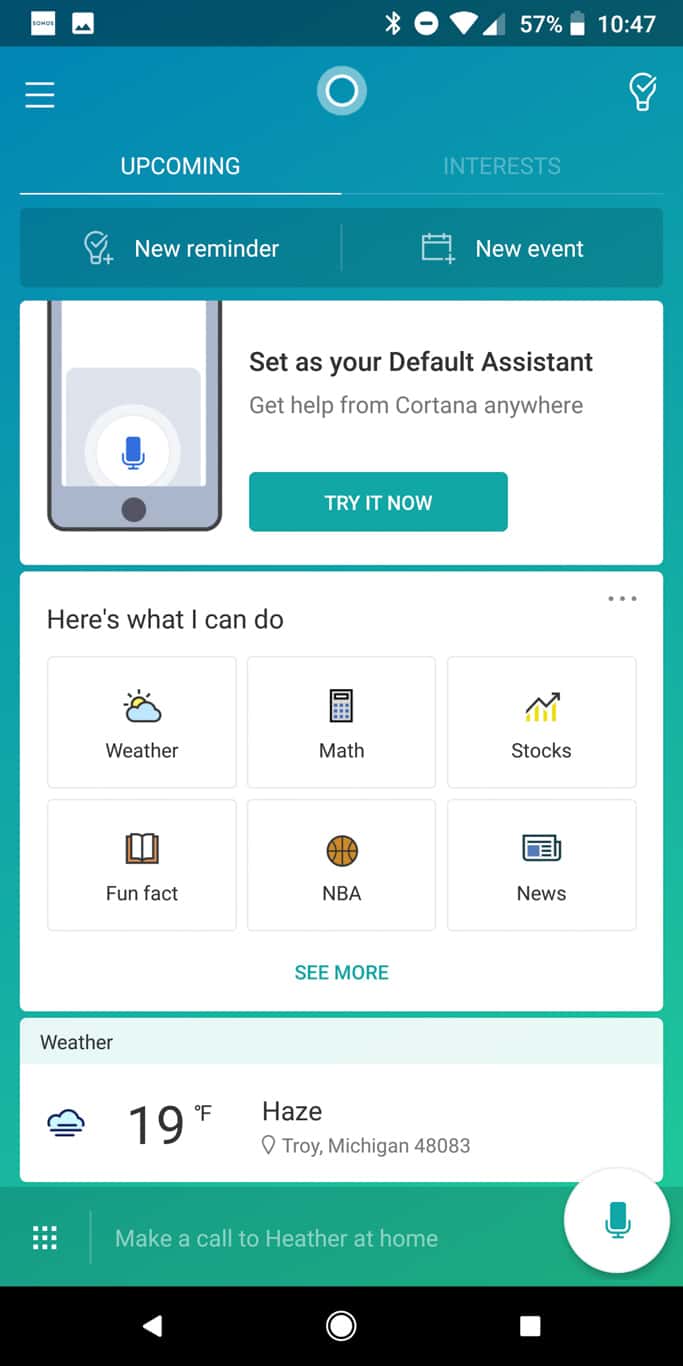 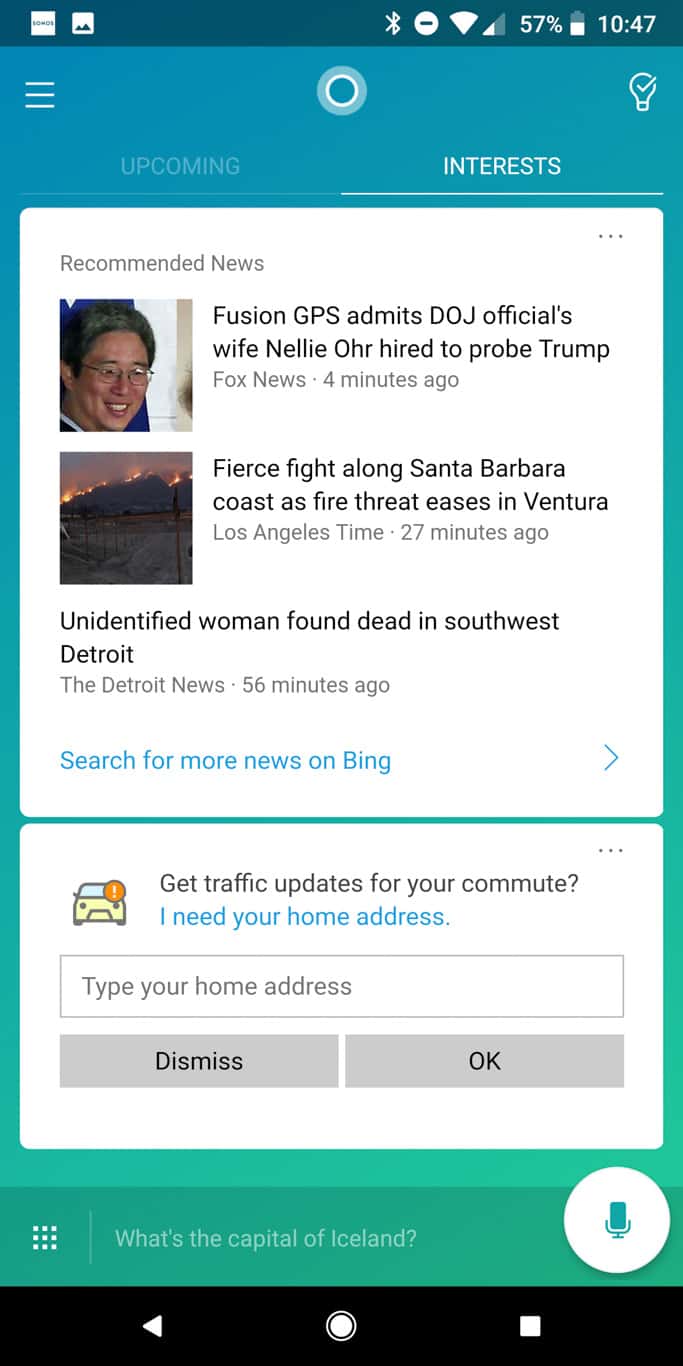 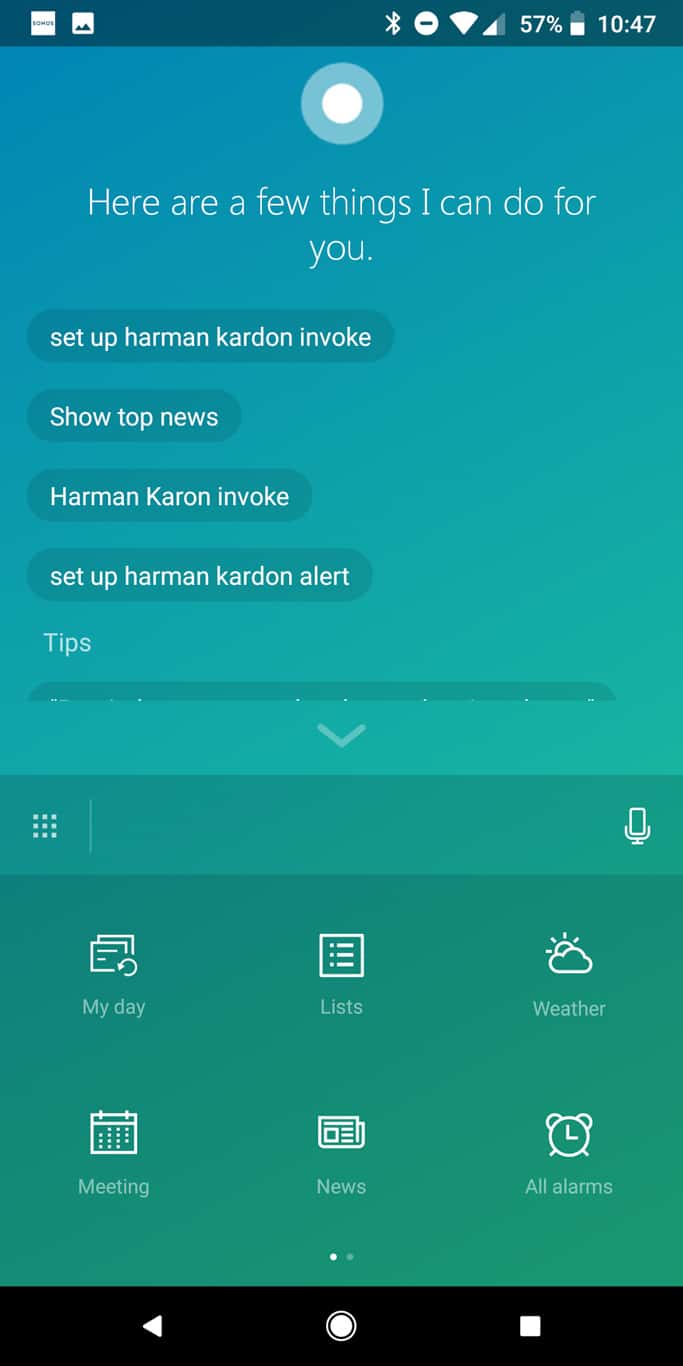 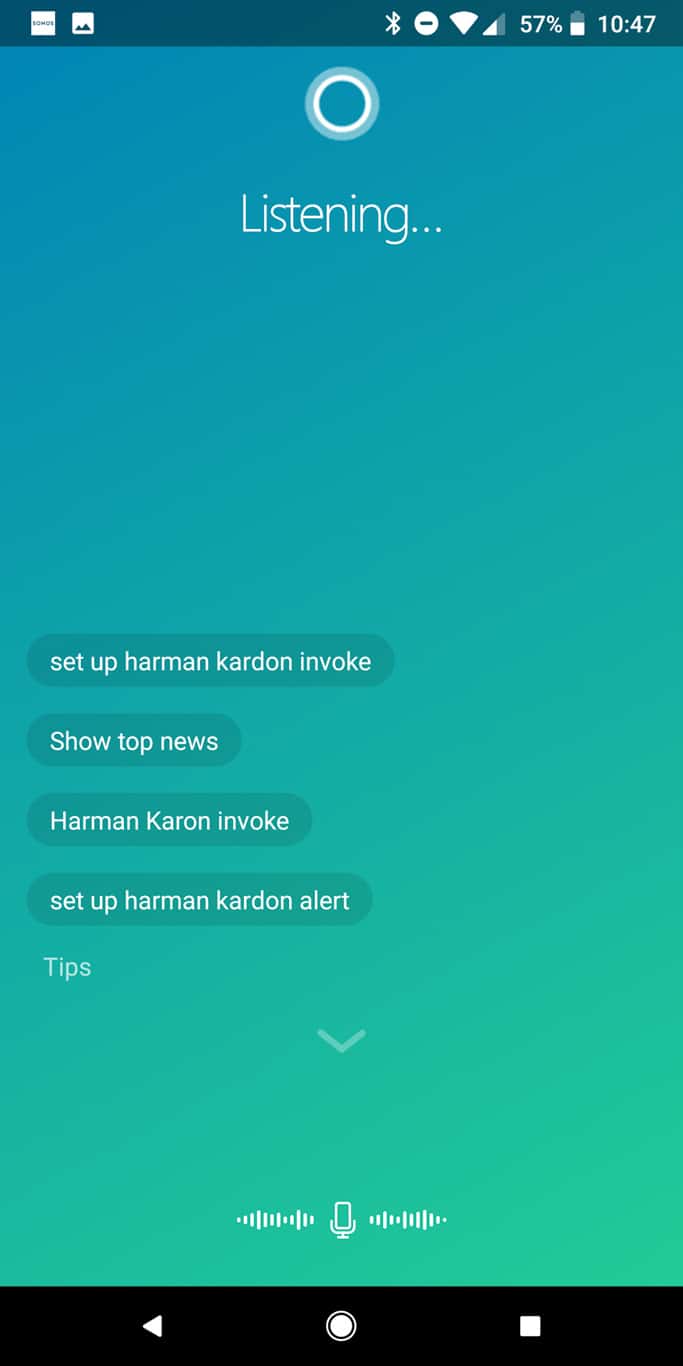 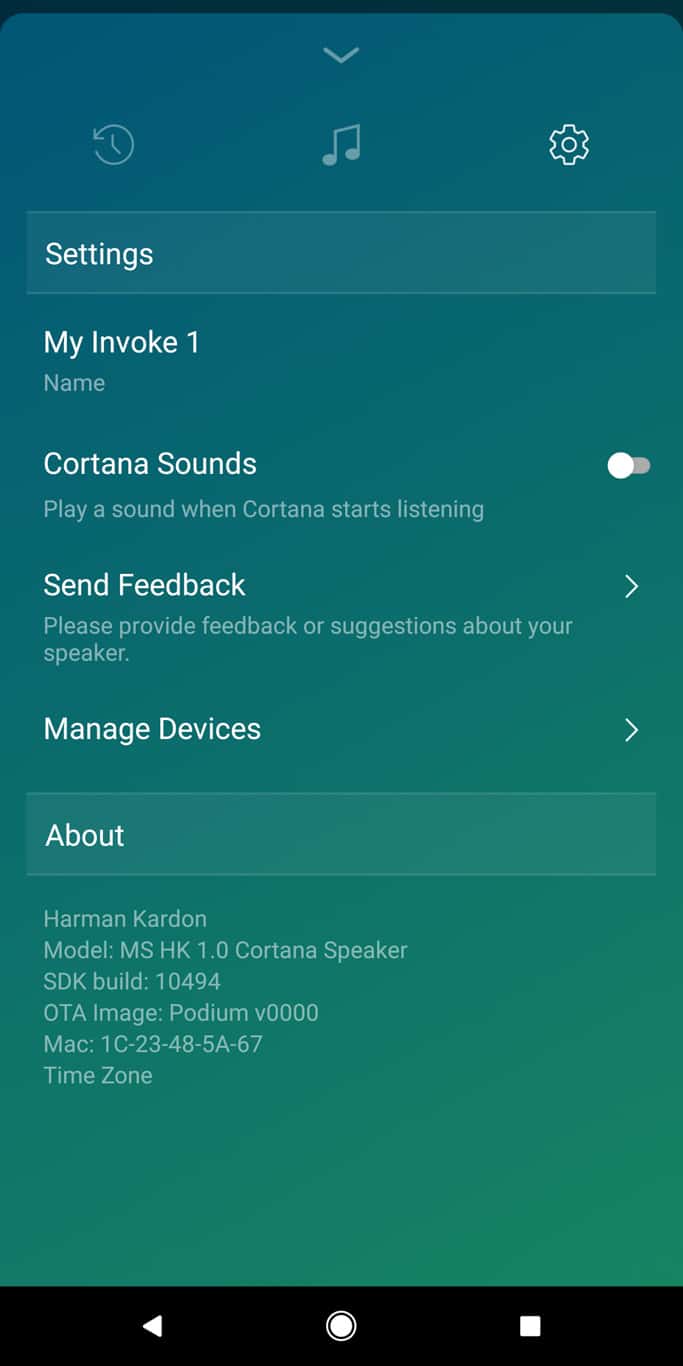 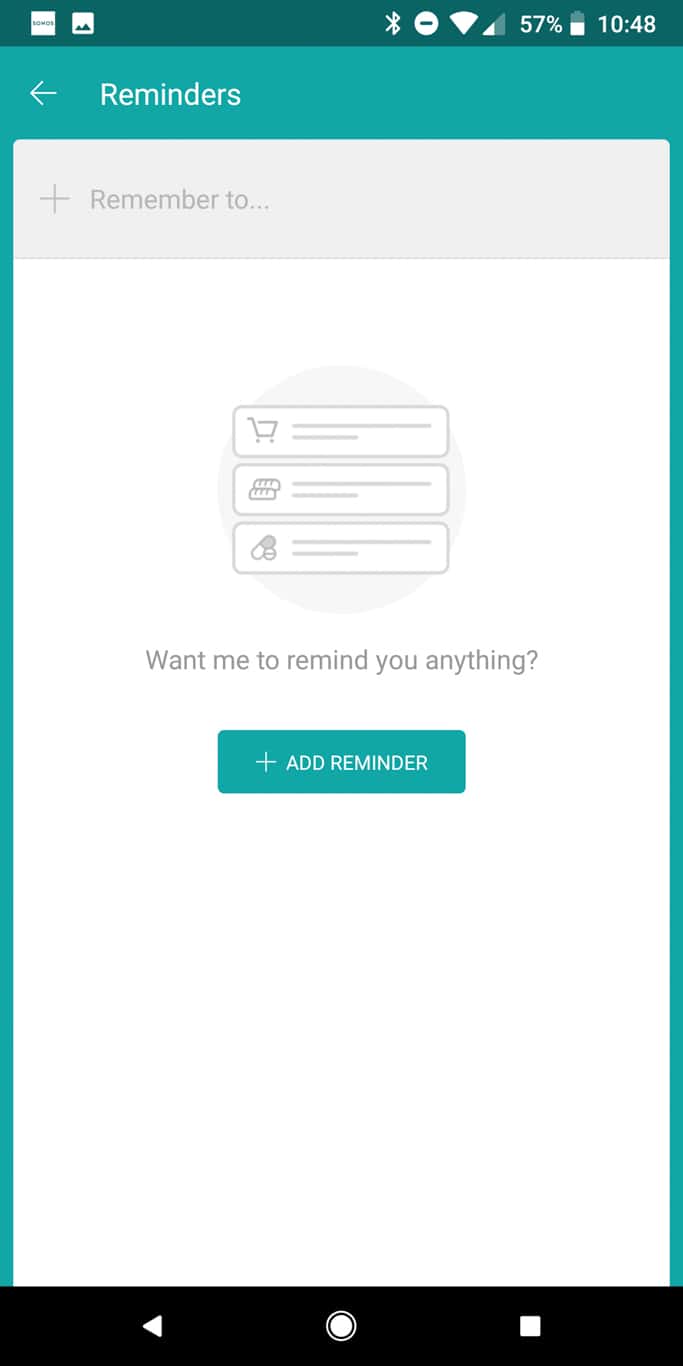 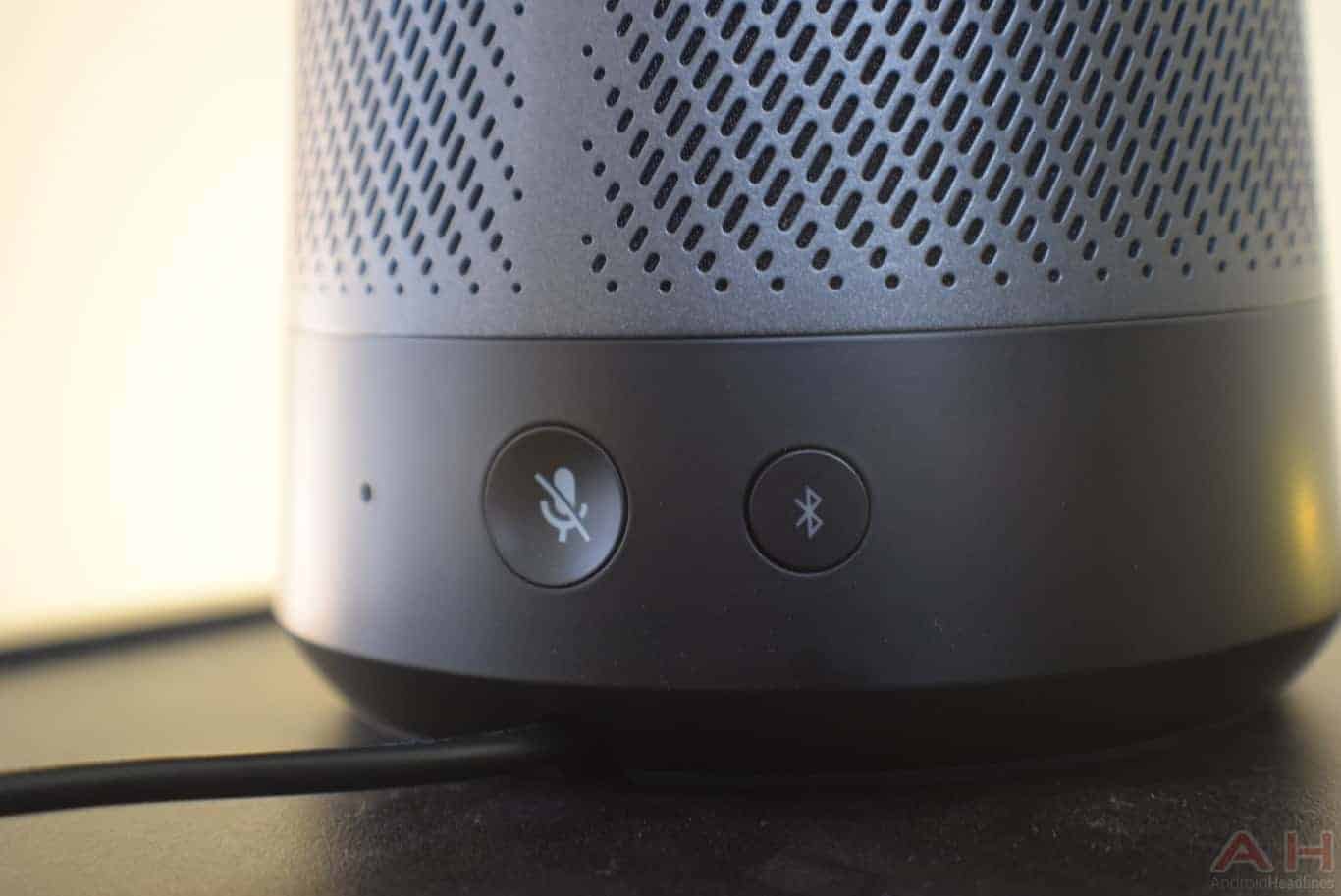 There’s no battery inside the Invoke, which means there’s nothing to talk about in regards to the battery life here. But it does use WiFi and Bluetooth for streaming music. There are a number of music services already supported for streaming over WiFi including Spotify, which is what we listened to most of the time. It worked well, and didn’t really have any issues with slow network speeds or being out of range. Surprisingly, the Invoke does support both 2.4GHz and 5GHz networks, so this was connected to the 5GHz network here and had no issues, with connectivity, so if you have the Invoke far from the router, a 2.4GHz network should still be fine.

When it comes to Bluetooth, everything still works as expected. However, you’ll have a better experience streaming over WiFi versus Bluetooth, and that’s because Bluetooth doesn’t have as much bandwidth as WiFi, so that music files are compressed a bit more for streaming, versus WiFi not needing to compress these files as much. So you get higher-resolution audio, which does sound better. Not to mention the fact that you don’t need to connect your phone to the speaker to play music when it is streaming over WiFi. 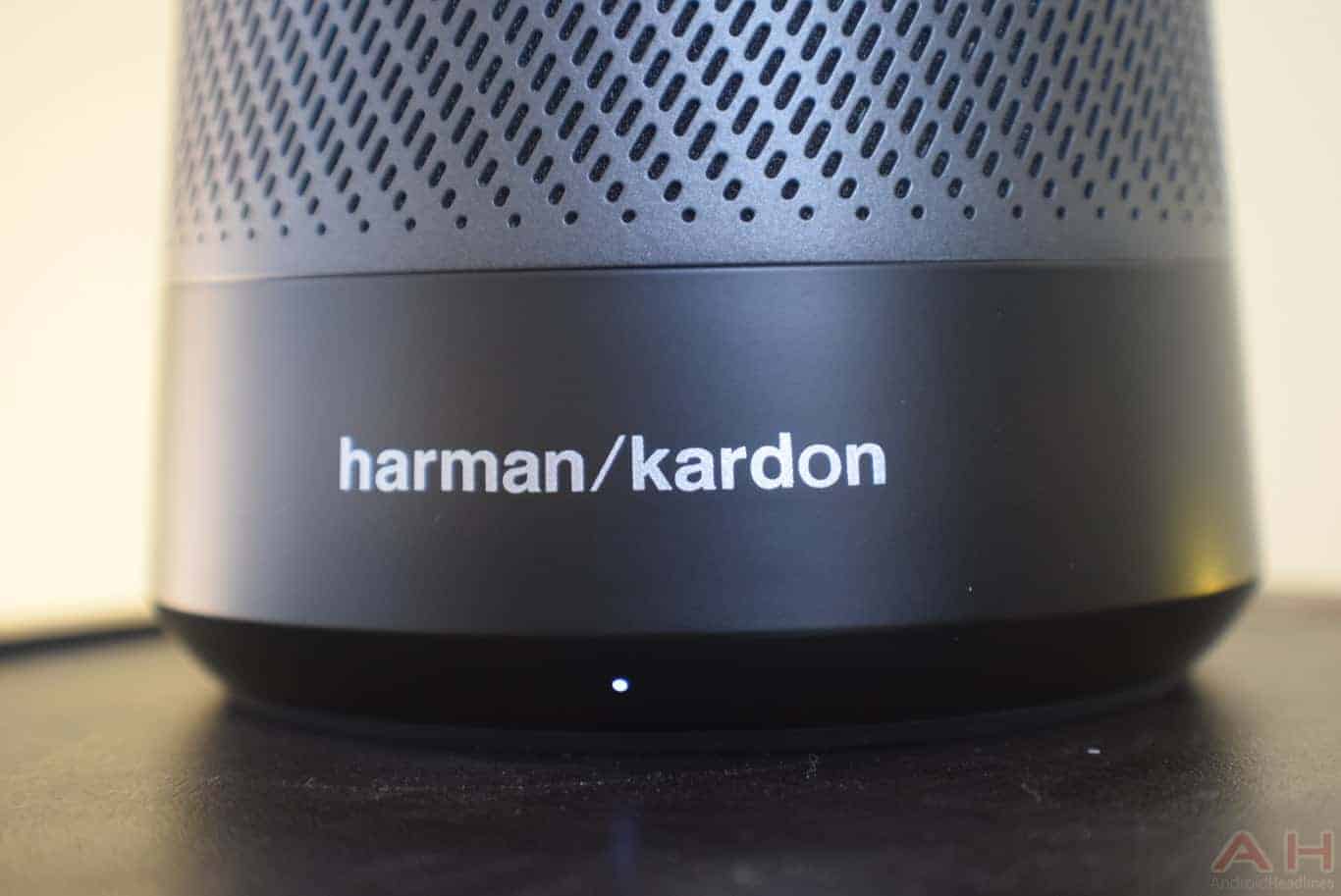