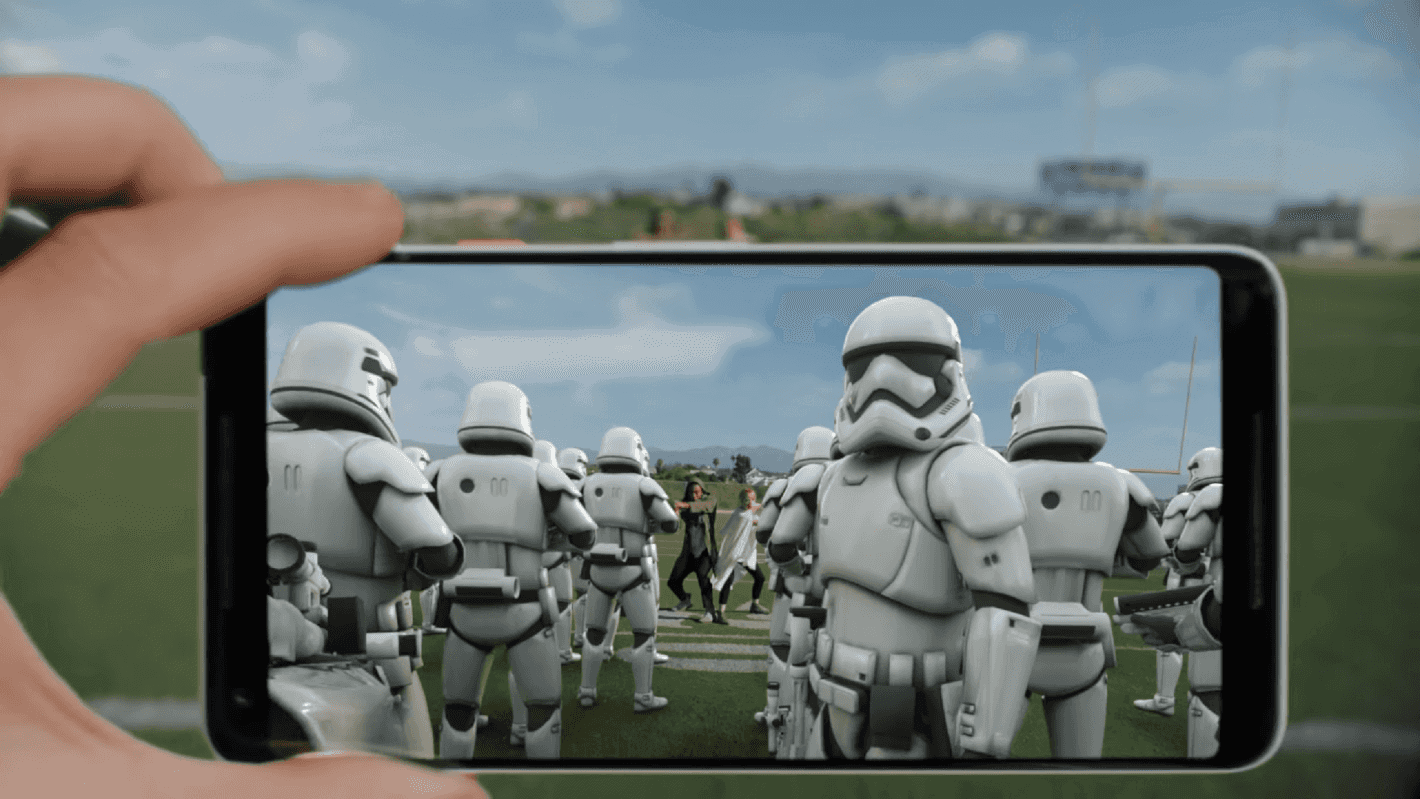 Google's AR stickers are now live for the Pixel 2 and Pixel 2 XL if you have on of those phones and are wanting to play around a little bit with some of the fun additions that have been made available. These new stickers as the name suggests will be based on augmented reality technology and will allow you to layer the stickers on top of your images. Worth noting though is that these aren't placed on the images after they're taken, rather they're part of the camera UI before you take the photo so you have a little more room to be creative and move around the subjects of the photo to best meet the placement of the AR stickers.

Google will be partnering with certain companies and franchises to push out some special AR stickers such as those which are based on Star Wars The Last Jedi and Stranger Things. These so far are the only two sets of stickers which are based on popular as well recognizable brands that are actually available, but there will be more to look forward to in addition to these later on once Google secures those partnerships. On top of the branded AR stickers there is a fair amount of regular stickers that will be available which are designed by Google and don't have anything to do with brands or franchises in particular.

While this is a feature of the Google Camera application you will need a Pixel 2 or Pixel 2 XL to take advantage of them. That said it's possible and likely that these will eventually come to the Pixel and Pixel XL at some point through an update, so if you have one of the older generation Pixel phones then it might be worth keeping an eye out for this new mode if the AR stickers seem like something you would like to use. There will be plenty of stickers to select from dancing donuts to unhappy coffee cups, so whatever the mood for the photo tends to be you'll likely find something that will fit in with it nicely, all you will need to do is open stickers mode and pick the sticker pack you want to use then once they're on screen you can move them around to where you want just before snapping the photo. If you use the Pixel 2 or Pixel 2 XL then the new AR Stickers mode should already be live in the Google Camera app.