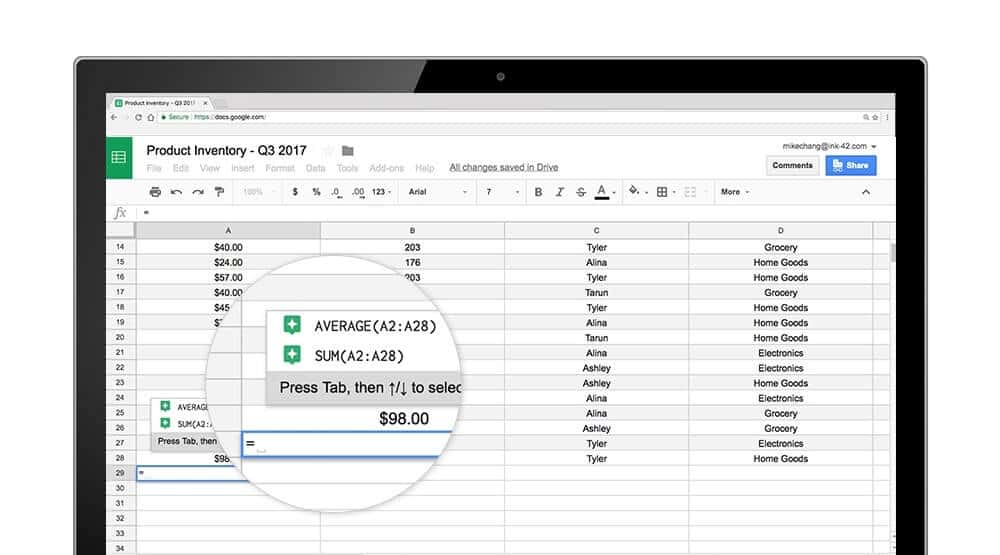 Google today announced a new update for Sheets which builds upon the existing Explore feature and looks to combine the might of machine learning with the might of pivot tables. In particular, Google has announced that Sheets will now be able to draw on artificial intelligence (AI) to help those who use spreadsheets to decide when is the right time to use a pivot table, and when they do, make better use of those tables in general.

Those who often work with spreadsheets will likely need little explanation as to the power of pivot tables and how useful they can be when dealing with large amounts of data in Sheets or Excel. In fact, in many ways pivot tables work along the same lines as artificial intelligence making them an ideal candidate to be further improved through the use of AI. As pivot tables essentially take a lot of data and are then able to perform calculations for the user, and/or draw meaningful conclusions based on the data. Something which is not that dissimilar to the underpinning smarts of AI. Typically speaking, the bigger the data set, the more powerful a pivot table can be. Again, not unlike AI. Now of course, with the use of AI the ability to firstly create pivot tables and secondly, the conclusions drawn from data will become easier and more simplified.

Google explains this by noting how its new AI features will be able to auto-suggest when a pivot table is more useful for data presentation. Especially when having to display data (and their meanings) to other people. Although the post also explains that "financial professionals" will internally benefit from the new AI features as pivot table results will automatically be returned when questions are asked, and even if those questions are not necessarily technical-based in the first place. In other words, regardless of the level of financial language proficiency, with the help of these new AI features, Sheets will be able to understand and respond accordingly. Other more minor benefits will also be on offer, such as the ability for the AI to auto-suggest rows and columns when creating pivot tables, as well as auto-suggest formulas when a formula-relevant term (for example "=") is inputted into sheets. This is in addition to the ability to create and edit waterfall charts, and the ability for Sheets to identify and column-assign when importing data – all without the need for a delimiter.