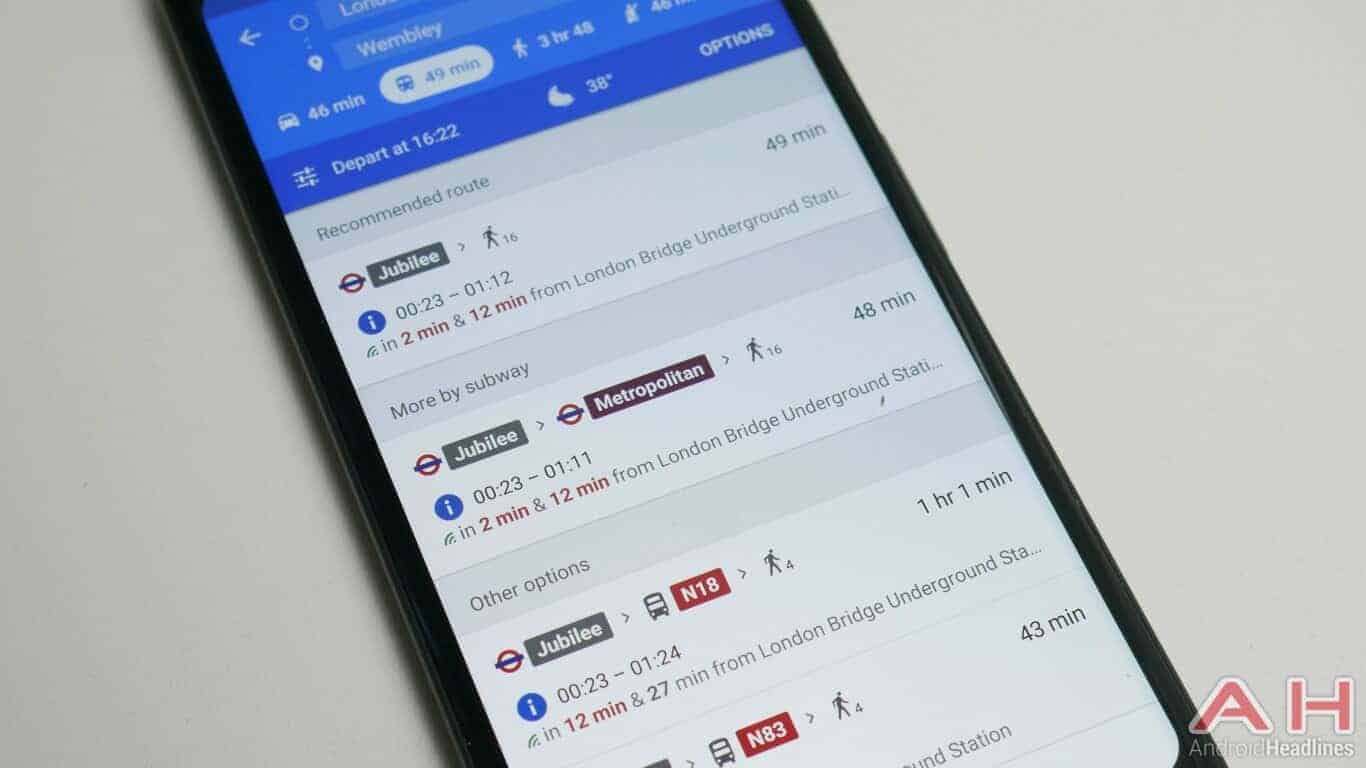 Google today announced it is making its Maps service more capable of ensuring you end up at the right location, at the right time. The latter of which is what is more pertinent to today’s announcement as Google is introducing a feature which will alert those currently in transit when to get off the train or the bus they are travelling on.

As is probably to be expected, this will be achieved through the use of notifications to keep the traveler advised of their current position while en route. While Maps has always provided step-by-step (or more acutely, turn-by-turn) directions to drivers or those walking somewhere on foot, this effectively is now being extended to the likes of traveling on public transport. As a result, once a traveler is on a bus or a train, and Maps is running in the background, the user can now expect a notification to remain in place advising of the current transit journey (as detailed in the image below). This is part of a much wider attempt to sync the transit version of Maps with the version offered to drivers, bikers, and walkers. Meaning that now Maps has effectively gained a full ‘navigation’ mode for those using transit options. So in addition to being told when to get off the bus or train, Android device owners can expect a more feature-rich navigation experience including departure times and ETAs.

While the ‘get off the bus’ aspect might seems like an unneeded feature in some respects, it is likely to be a useful feature for some. As while driving or walking with Maps usually involves the Maps app open and the next step of the journey obvious, the same is not necessarily true when travelling via a bus or train. Instead, it has for a long time been much more of a static affair which relies on the device owner actively checking the route and keeping track of where they are, and how long they have until they need to get off or transfer. In addition, travelers on public transport are inherently more likely to start using their phone for other purposes like listening to music, watching videos, reading the news, and so on. One of the issues with app-swapping in this fashion is that some users are at an increased risk of becoming more ‘lost in the moment’ and missing their stop. This is now something that is far less likely to happen as regardless of what you are doing with your phone while on public transport, Maps will actively prompt you when the time comes to get off, as well as keeping you informed on the progress of the journey in real-time. To get started with the new feature, open up Maps as normal, plan the route as normal, and as you would when driving, biking, or walking, hit the “Start” button and let Maps do the rest.