Google discontinued the Fire TV version of the YouTube app four days earlier than it said it would, the Fast Company magazine reported Thursday, substantiating its claims with an image that can be seen below. Starting today, users of Amazon's digital media player who try to launch the YouTube app will be met with a succinct message that encourages them to access Google's video streaming service by using a Fire TV Internet browser like Firefox and Silk. The prompt doesn't go into any details on why the standalone app has been discontinued but Google already clarified the matter earlier this month when it started notifying users that it's pulling the plug on the service.

The discontinuation was meant to happen on January 1st and it's currently unclear what prompted Google to remove support earlier than announced. The move may only be the first step in the process of pulling YouTube from Fire TV as Google could also start blocking users of Amazon's platform from accessing it via their browsers, even though the app itself is currently recommending such workarounds. While that isn't a realistic scenario, the new development does suggest YouTube won't be returning to Fire TV anytime soon, despite the fact that both Google and Amazon repeatedly said they're actively discussing the matter and are hoping to resolve it in the near future. Given how Amazon already gave in to some of Google's demands and allowed Chromecasts to be sold on its e-commerce platform, the Alphabet-owned company likely wouldn't have pulled the plug on YouTube for Fire TV early if it believed they're close to reaching an agreement.

Besides Amazon's previous unwillingness to sell Chromecasts, Google's decision to discontinue the Fire TV version of YouTube was also attributed to the e-commerce giant's refusal to bring its Prime Video service to Google's streaming sticks. On the same day Google announced it's discontinuing the Fire TV YouTube app, Amazon filed for several trademarks that suggest it may be working on a service designed to rival the most popular video streaming platform on the planet. The duo has yet to comment on YouTube's early removal from Fire TV. 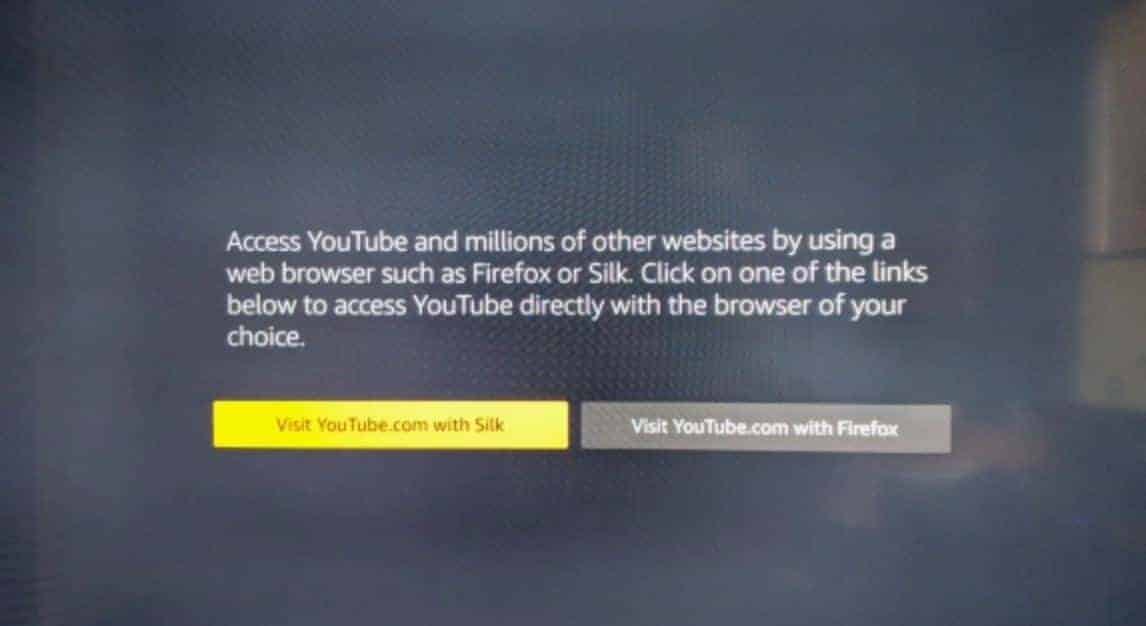