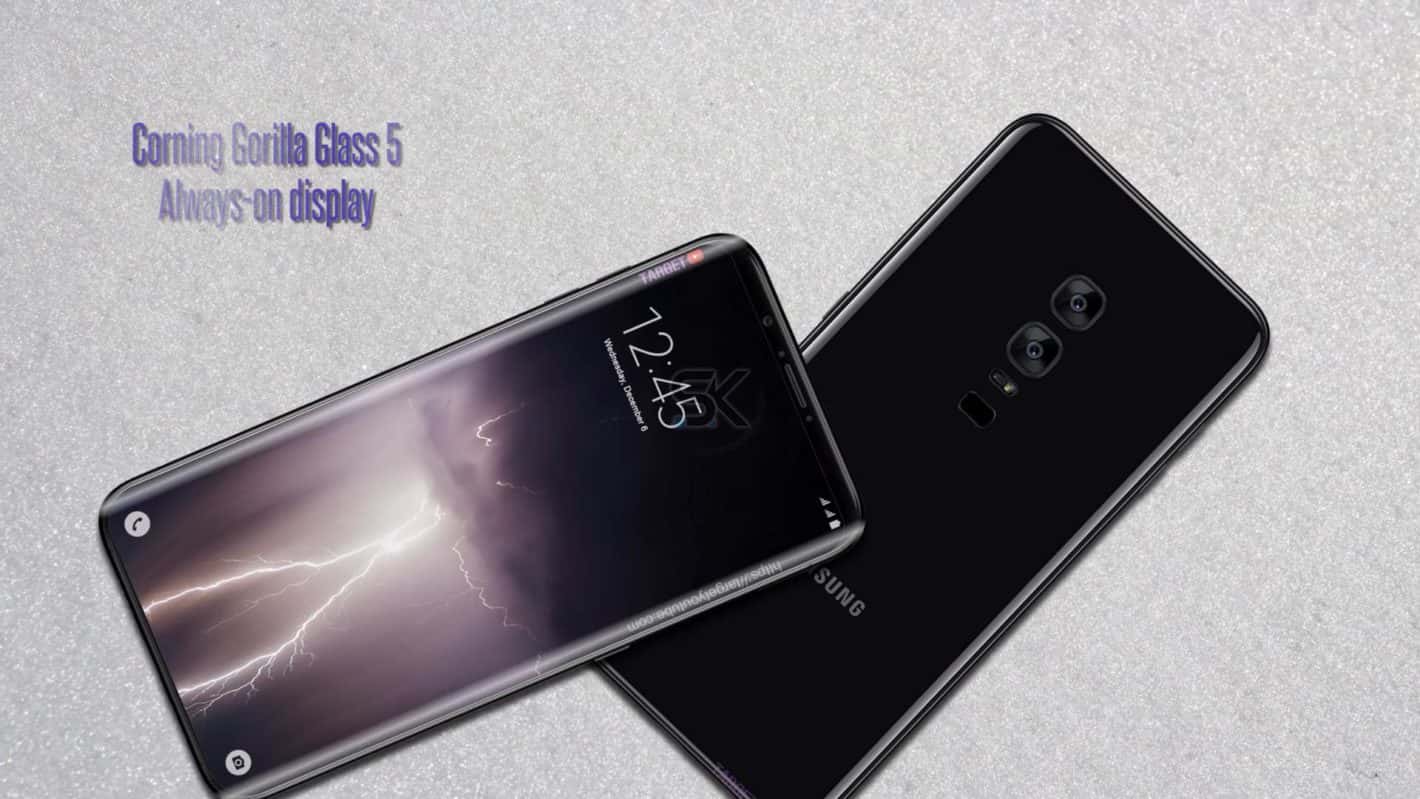 A YouTube channel called ‘Science and Knowledge’ has just released a new smartphone concept video, this time they envisioned the design of the Samsung Galaxy X Edge. This YouTube channel recently released the Xiaomi Mi 7 concept video, just in case you’re interested in checking that out. Having said that, the Galaxy X Edge concept resembles the company’s already available flagships a bit, but it’s also different in a way, read on if you’re interested.

The concept video itself has been embedded down below, just in case you’d like to watch the whole thing. That being said, this smartphone is made out of metal and glass, it sports a dual camera setup on the back, and those two cameras are vertically aligned. Below the dual camera setup lies a dual LED flash, and below that you’ll find a relatively small fingerprint scanner, which is also quite thin. Samsung’s logo lies on the back of the device, and the back side of the phone is curved. The power / lock key lies on the right-hand side of this smartphone, while you will find the device’s volume rocker on the left, though the Bixby button does not seem to be a part of this package. The phone’s display is curved on the sides, and the side and bottom bezels are basically non existent, while the top bezel on this phone is quite thin as well, though it’s noticeable as it has to house the front-facing camera, an earpiece and other front-facing sensors. The display of the device sports rounded corners as well, in case you were wondering.

Now, along with the design itself, the company also attached some imaginary specs to this phone, the device is IP68 certified for water and dust resistance, while it sports a 5.8-inch QHD Super AMOLED Infinity display with an 18:9 aspect ratio. On top of that display lies Corning’s Gorilla Glass 5 protection, and the same can be said for the phone’s back side. Android 8.0 Oreo comes pre-installed on the device, with the company’s custom UI on top of it. The Snapdragon 835 SoC fuels this imaginary phone, and a 16-megapixel shooter (f/1.7 aperture) is placed on its front side. Two 16-megapixel snappers (f/1.7 aperture) are placed on the back of this phone, and the device comes with 4GB / 6GB of RAM and 64GB / 128GB of native storage. A 3.5mm headphone jack is also included in the package, and the phone’s 4,150mAh non-removable battery utilizes Qualcomm’s Quick Charge 2.0 fast charging. That is more or less it, and once again, keep in mind this is just a concept phone, not a leak or anything of the sort.