Essential is currently pushing out the second Oreo beta update to its flagship smartphone, the Essential PH-1. In the latest update being pushed out to users on the Oreo beta, Essential has included a number of new features for the operating system which was absent from the first build. The build number is OPM1.170911.213, and it weighs in at 142.2MB. The features now available include smart text selection, instant apps and picture-in-picture. On top of that, users will now be able to sign-in to apps faster, and startup time of the device has also been improved.

Besides that, a number of issues present in the first beta build are being addressed by Essential in the latest update. Problems which have been fixed include Android Auto and OEM Bluetooth car kit interoperability, data tracking issues for certain carriers, and the cutoff of part of the Google Assistant setup page due to the status bar. Improvements for battery life, LED notifications, charging behavior, and further support for Treble has also been included in the package. Essential is pushing out the second Oreo beta package as an Over-The-Air (OTA) package to all users currently enrolled in the beta program. Essential first announced the release of its second beta build for Oreo on Reddit during an AMA (Ask Me Anything) session held on Reddit a week or so back, and the Andy Rubin led company has delivered as promised.

The update is quite a sizable one, so it is recommended to connect to a Wi-Fi network before downloading it, to avoid using up cellular data. If the update is ready for your Essential PH-1, the system will prompt you to install it. However, you’ll need at least 50 percent of battery life to receive the aforementioned prompt. As for those not in the beta program but want to have a taste of Android 8.0 Oreo running on your Essential phone, you may head to the source below to sideload it into your device via Essential’s website. However, it is best to proceed with caution, as the beta may still have many issues users aren’t aware of yet and it is continuously being updated by the company. 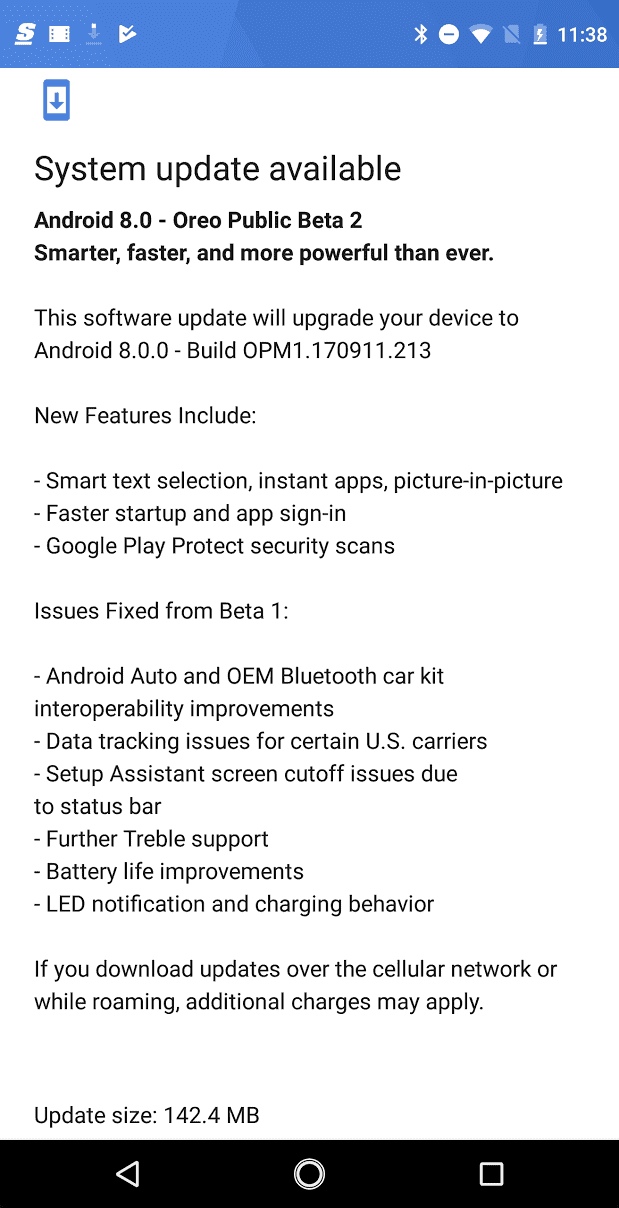