“eelo” is a stylized name of a new mobile operating system based on Android that promises to deliver an extremely privacy-oriented user experience free of Google’s apps and services. The self-titled startup behind the OS was founded by Mandrake Linux creator Gaël Duval, with the motivation for developing both solutions being essentially identical – a general dislike for popular alternatives. Back in the late ’90s, that alternative was Windows, now it’s Google’s ubiquitous operating system, Mr. Duval says. Much like it was the case with the desktop OS that’s now known as Mandriva, the French developer is personally invested in the project and wants to use eelo as much as anyone concerned about their digital privacy, with Mr. Duval specifically stating he wants to stop being “a product of Google.”

The project itself recently launched a Kickstarter campaign but is only looking for funds to get off the ground; eelo itself will be an entirely open-source operating system and the initiative will be run as a non-profit affair. The crowdfunding campaign runs until January 20th and seeks to raise just under $30,000, having already reached more than a third of that goal. Backers can pledge any amount of money to eelo that will be delivered to them in the form of a ROM that they can flash onto their existing Android smartphones and tablets. Alternatively, reward tiers north of approximately $1,200 come with one’s choice of a mid-range handset with a pre-installed version of eelo, while doubling that sum will net you a similar package but with a high-end smartphone. Other extras like stickers, eelo-branded clothing, and a guarantee of your name staying immortalized on the digital wall of eelo’s biggest contributors (less you decide to stay anonymous) are also available across most backer tiers.

In essence, the project is aimed at extremely privacy-conscious individuals who share Mr. Duval’s disappointment with the general lack of non-intrusive mobile operating systems on the market and are willing to commit extra money to reclaim their digital anonymity. The initial version of the OS is estimated to become available to backers by mid-2018. The startup’s BlissLauncher 2 is said to be a Google-free version of a stock Android experience, with its Kickstarter campaign being aimed at financing eelo’s efforts to create alternative web services so that the OS can compete with other contemporary solutions on the market. The image below demonstrates a working prototype of eelo running on the LeEco Le 2. 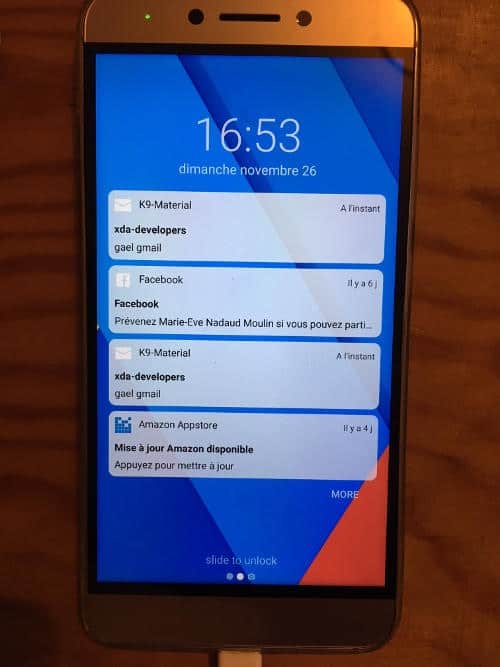