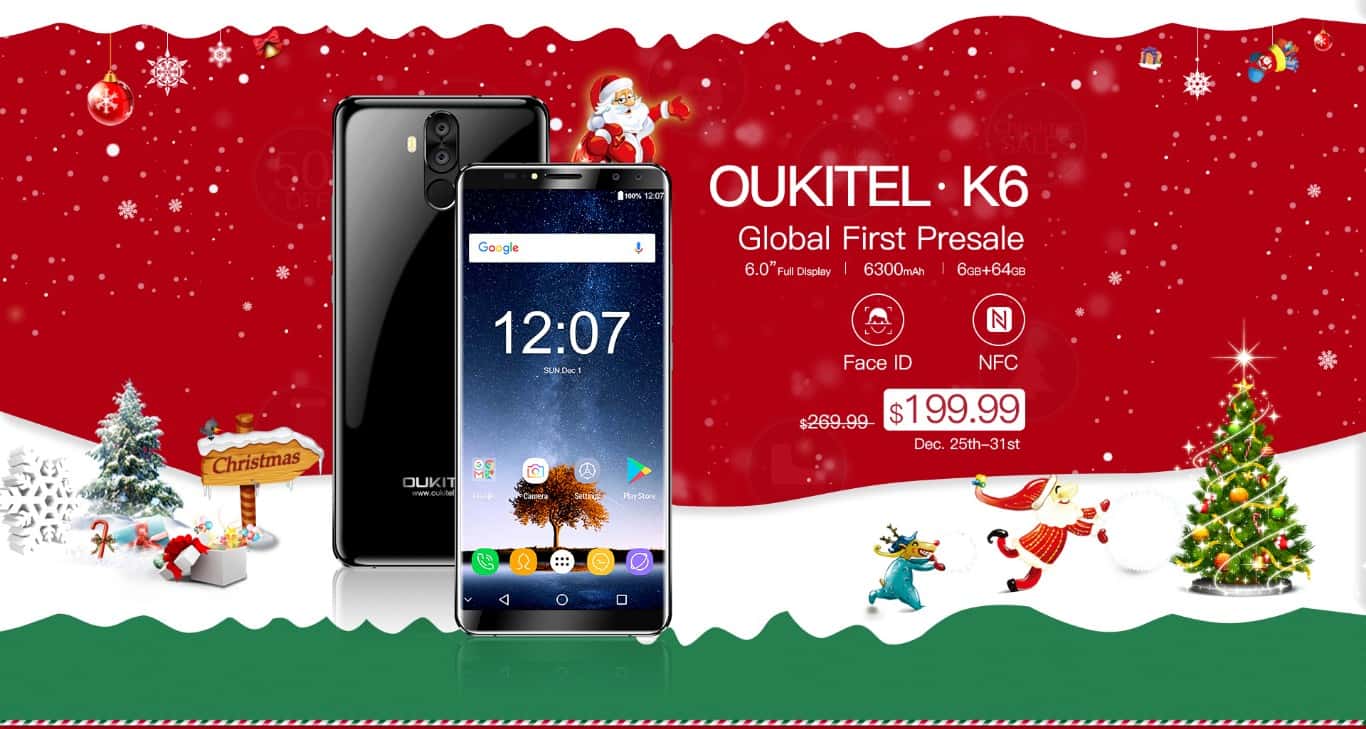 For those of you who have been reading about the OUKITEL K6, and are interested in getting the phone, well, you're in luck, as the OUKITEL K6 just became available for pre-order. The OUKITEL K6 is now available in both Blue and Black color variants, and you can get it from Banggood, if you're interested. The phone is priced at $199.99 during this pre-order period, while its regular price point is $269.99. Speaking of which, the pre-order period for this smartphone will last until December 31.

Having said that, the company has also released a new OUKITEL K6 promo video in order to show off the phone's battery life prowess. In the video that is embedded down below, you'll be able to see the OUKITEL K6 in action. A person who is holding the phone is actually playing an MMO game, and after half an hour of play time, the OUKITEL K6 still had 99 percent of battery left, which is not many smartphones can say for themselves. After an additional hour of playtime, this time around different game was played, the OUKITEL K6 had 93 percent of battery left. After an hour and a half of playing games, the OUKITEL K6 stood at 87 percent of battery. OUKITEL actually claims that you can play up to 12 hours of MMO games without stopping before the OUKITEL K6's battery runs out, and that's mainly due to relatively light software and a huge 6,300mAh non-removable battery. The phone's mid-range Helio P23 64-bit octa-core processor probably has something to do with it as well, as does the phone's 6-inch fullHD+ (2160 x 1080) display.