The end of the year is here, and it leaves behind months and months of great game releases on Android as there have been some really good games launched over the last 11 months. Some of them have been so good that they could easily be a contender for best game of the year, while others may not have that badge of honor but they're still worth playing. December's best games list is another month with some real heavy hitters in terms of what to play, so if you're looking for something to play rolling into the weekend and carry you through the month and the holidays coming up, you should be able to find some great options here. 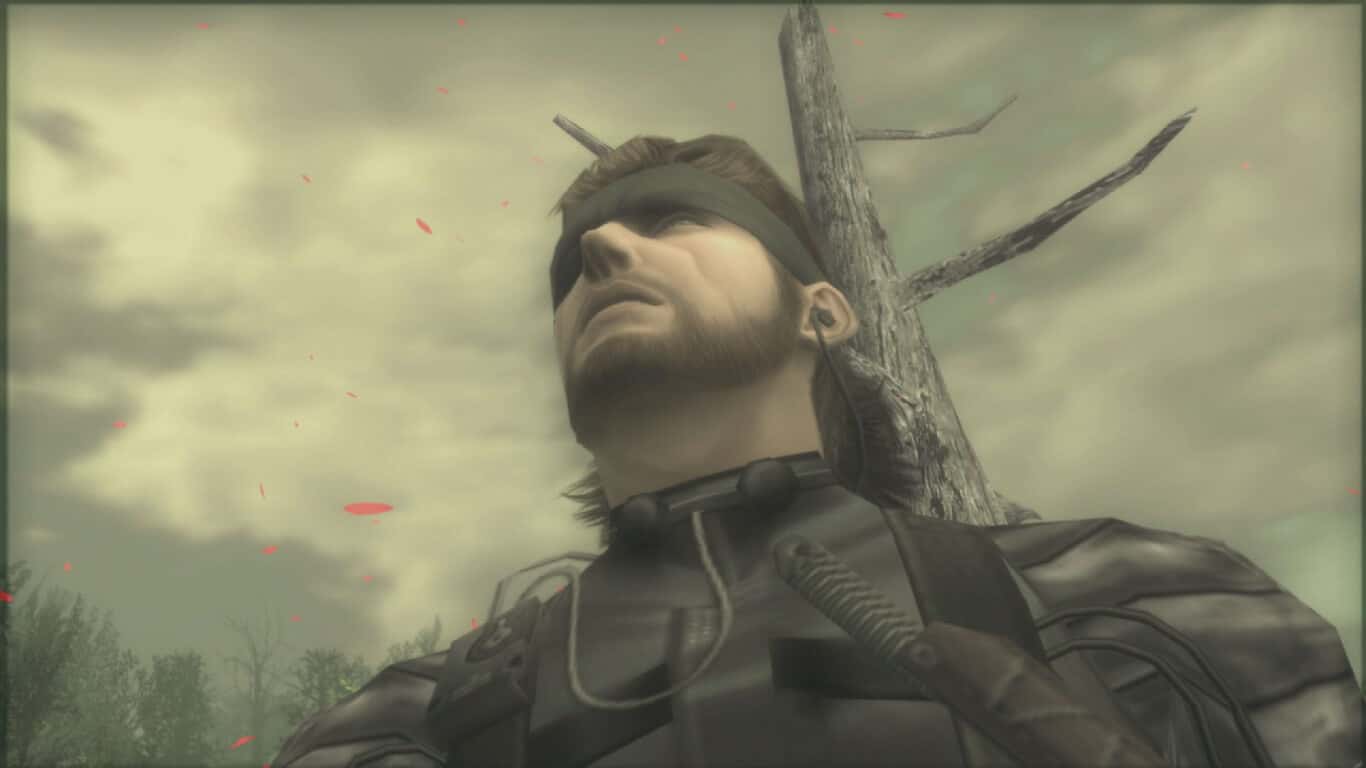 Starting things off is the third installment in the Metal Gear Solid series, and while this is only for the NVIDIA SHIELD Android TV unit, it's still Android and it's a fantastic game. It's also got plenty of gameplay hours to crunch through so you could easily snack on this for the rest of the month. Metal Gear Solid 3 HD is full of tactical espionage action, meaning you could move through the game as stealthily as possible or you could go in guns blazing. If you have an NVIDIA SHIELD, check this one out.

Endless runner games are always endless fun (sorry not sorry) and one of the latest in the genre is a game called Fire Rides, which has you swinging through a geometric cave as a magic fireball. It has simple controls and it may seem easy at first but the further you go the more challenging it might become. 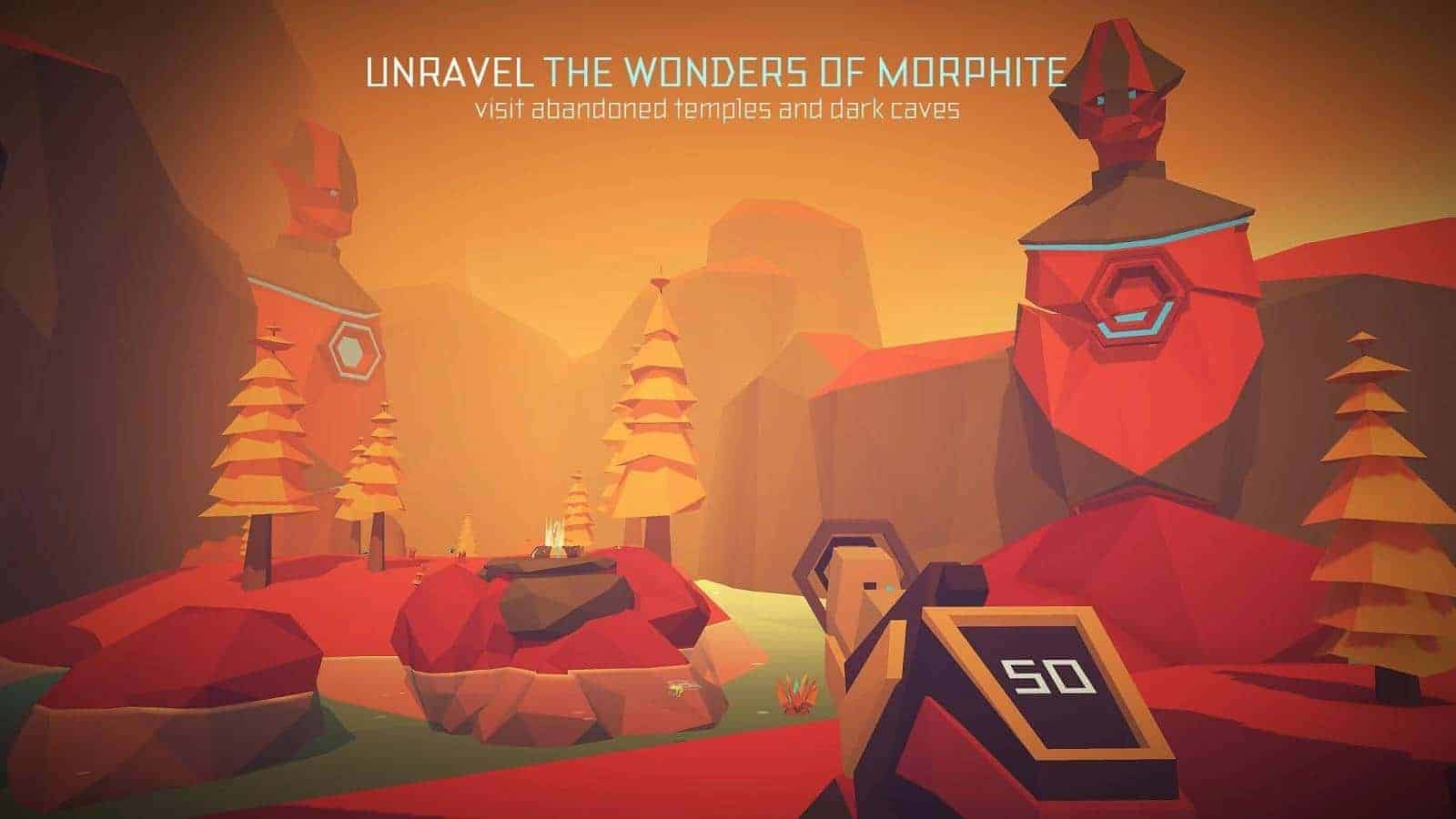 If you love adventure games then Morphite is for you. It has you exploring distant planets across space where you can discover new forms of life and interact with the people inhabiting the cities there. There will be quests and side missions for you to complete, dangers for you to overcome, and you'll even get to engage in real-time space combat. 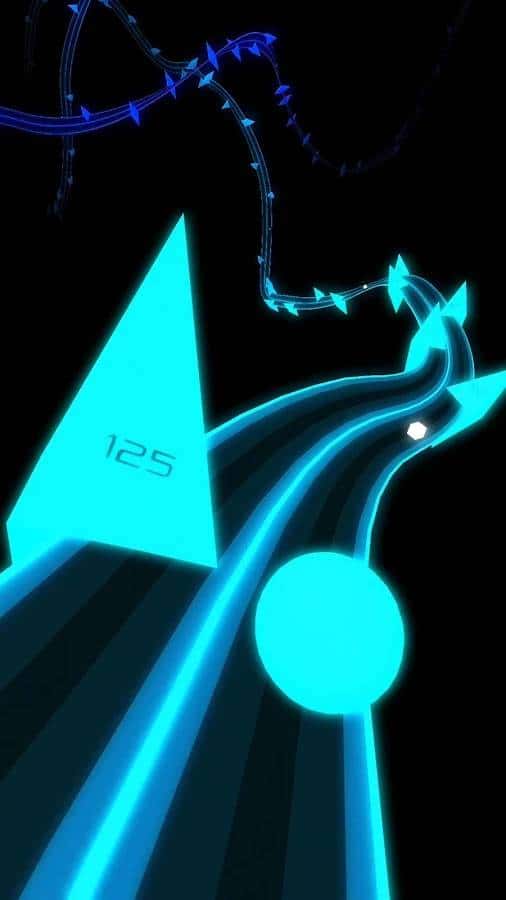 This one is another endless runner but a little more like the type you might be used to as it takes on a first-person view instead, and it offers up a lot more color when it comes to the visuals. Your job is to rush through the darkness on the colorful lit path while trying to dodge anything that might obstruct you from moving further. 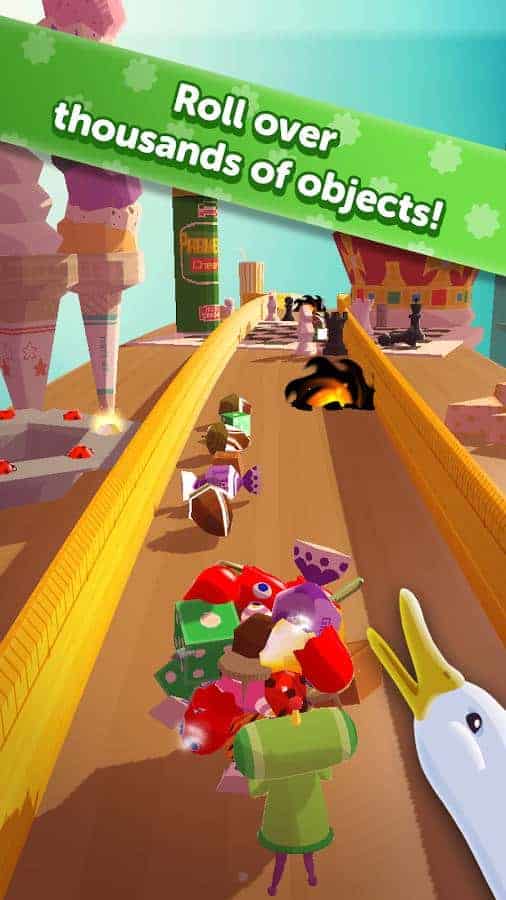 This is a brand new release for this week and it's filled with crazy, zany fun. If you find enjoyment in weird games that are just so strange they're impossible to put down, then Amazing Katamari Damacy might be up your alley. The main goal is to restore the galaxy, and you do this by rolling your katamari through all the levels and collecting objects, which stick to you and as you collect more you grow and grow and grow into a larger monstrosity. 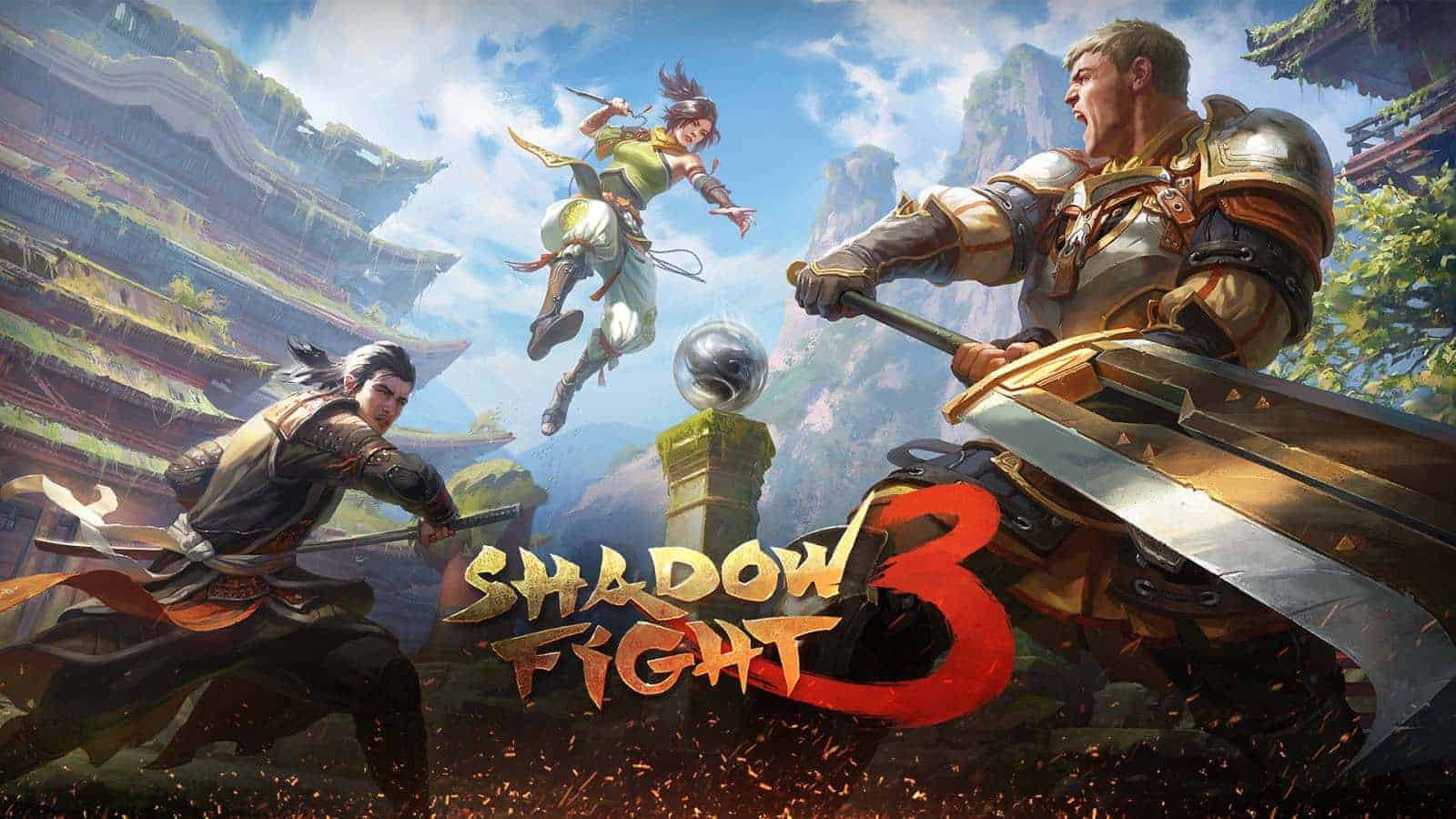 Moving into the role playing genre, Shadow Fight 3 is the latest installment in the series from Nekki and brings better visuals, more fighters, three unique fighting styles, and plenty of attacks and weapons to wield against your enemies. Shadow Fight 3 boasts a compelling story to play through, with you caught between three warring factions who are fighting for supremacy. 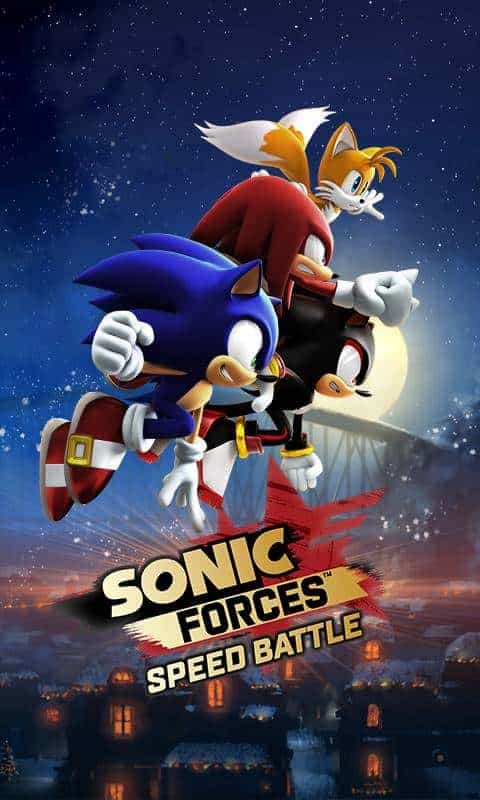 Yet another endless runner, this one being the latest featuring Sonic and friends, Sonic Forces: Speed Battle lets you race as multiple characters from the game series and while there is a single player mode you can also race against other players and see who comes out as the fastest of them all. You can attack your opponents with lightning, mines, tornadoes and more, and winning trophies lets you unlock new challenges to complete. 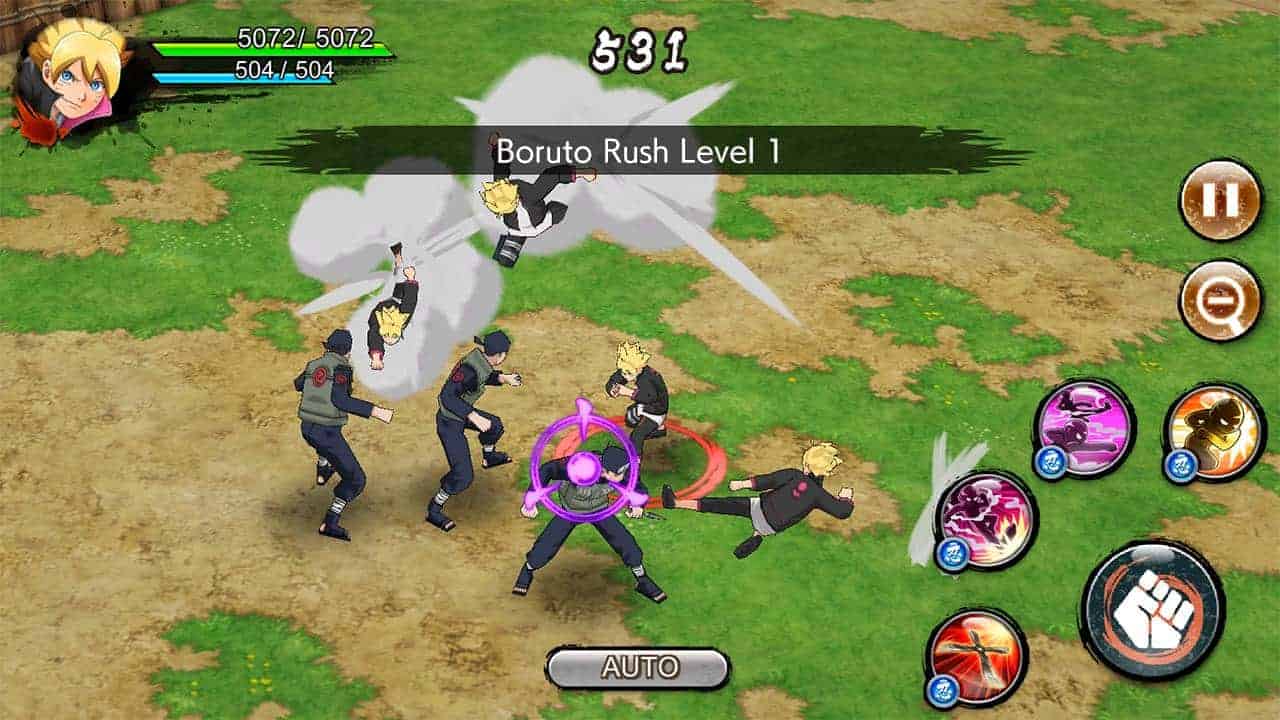 If you're a fan of Naruto then you may have already been waiting on this one. This is an action rpg style of game as most of the gameplay has you taking on missions that play out parts of the story from the anime, with gameplay and combat similar to that of games like Dungeon Hunter, Kritika, and more. You start off with Naruto as your main ninja, but the more you play the more ninjas you can collect and add them to your team. You can join guilds with other players, build up your base, and upgrade your ninjas for a more powerful team too. The game also offers a bit of strategy gameplay similar to that of clash of clans, where you set up defenses for your base that other players can attack. There's a lot to the game but it's plenty of fun for those who enjoy this show. 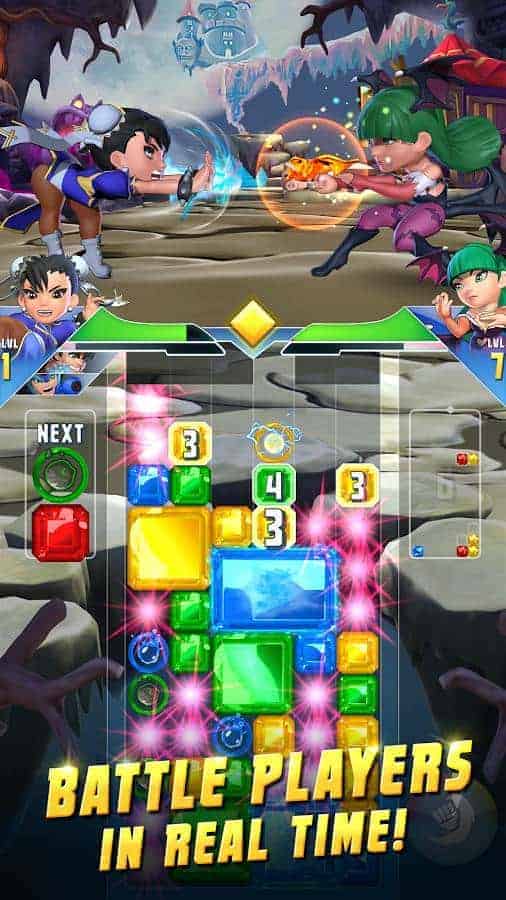 Capcom's smash hit puzzle fighter was a fan favorite back in its day when it originally launched on other platforms, and this new version of the game designed for mobile has all sorts of new stuff like updated graphics, lots of new characters from the Capcom universe and rewards you can earn by doing daily missions. You can also climb the ranks of the global leaderboard collecting ranking points which, as you may have guessed you can obtain by winning PvP matches. 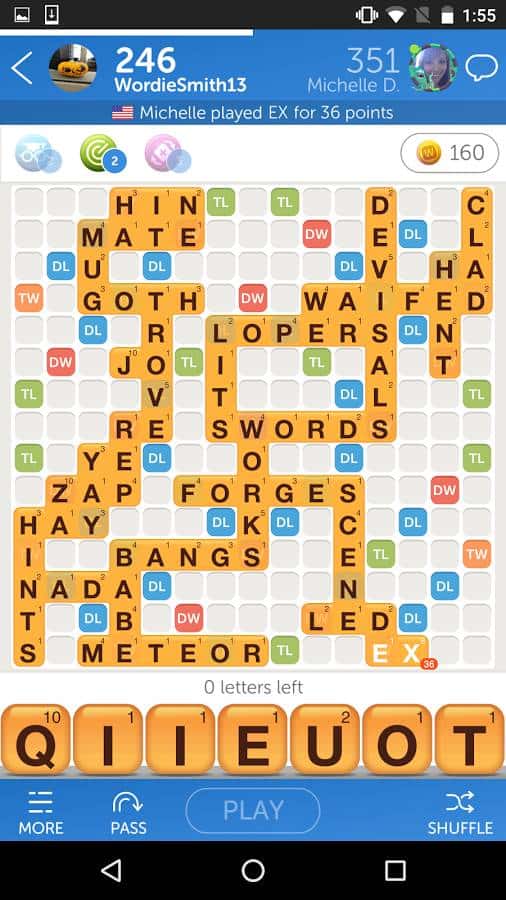 If you played the original, or any version of a game which mimics Scrabble, then you'll know exactly what this game is like. Words With Friends 2 builds on the success of the original by adding in new boosts to help you out, daily challenges, lightning rounds, and even solo challenges you can use to train your brain so you're more prepared to take on live opponents.