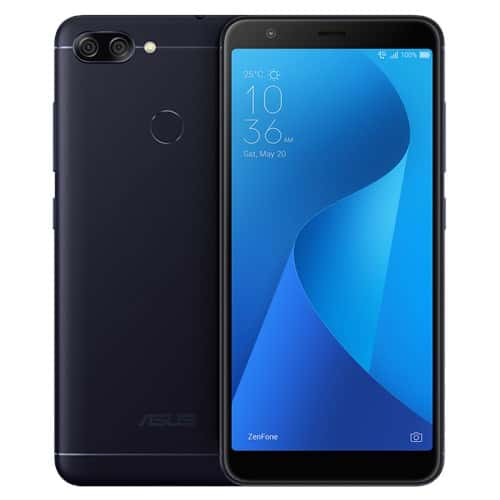 ASUS had introduced the ZenFone Max Plus (M1) smartphone in Russia last month, and at the time it was unknown whether it will roll out to more countries or not, well, according to some new info provided by Roland Quandt, that will happen soon, and his info is based on a listing from the company's official website, so it's pretty accurate.. It seems like this handset will arrive to Europe in the near future, and it is set to cost €300. Presuming this info is accurate, this price tag may be a bit high for the ZenFone Max Plus considering it's fueled by the MediaTek's MT6750T 64-bit octa-core SoC, which is one of the company's entry-level chips.

Now, the ASUS ZenFone Max Plus (M1) is the company's first smartphone with an 18:9 display ratio, and the phone will be available in Sunlight Gold, Azure Silver, and Deepsea Black color variants. This handset was announced in 2GB and 3GB RAM variants in Russia, though interestingly enough, it will be available in 3GB and 4GB RAM models in Europe. In any case, this handset is fueled by the MediaTek MT6750T, as already mentioned. The phone sports a dual camera setup on the back, while you will also find a fingerprint scanner on the back side of this handset. Now, the device's 3GB RAM variant sports a 5.7-inch HD+ (1440 x 720) display, while its 4GB RAM model comes with a 5.7-inch fullHD+ (2160 x 1080) panel. 16 and 8-megapixel shooters are placed on the back of this smartphone, while the front-facing camera setup will depend on which version of the phone you get. The 2GB RAM model ships with an 8-megapixel snapper, while the higher-end one (4GB RAM one) comes with a 16-megapixel snapper.

A 4,130mAh non-removable battery will fuel this handset, and it will support fast charging. A 3.5mm headphone jack is placed on the top of this smartphone, and it seems like a Type-C USB port will not be included here, but rather a regular microUSB port. The device will ship with triple SIM card slots, interestingly enough, it will ship with two nano SIM card slots, and one micro SIM card slot. That is more or less it, if you'd like to check out the full list of its specs, follow the source link down below.