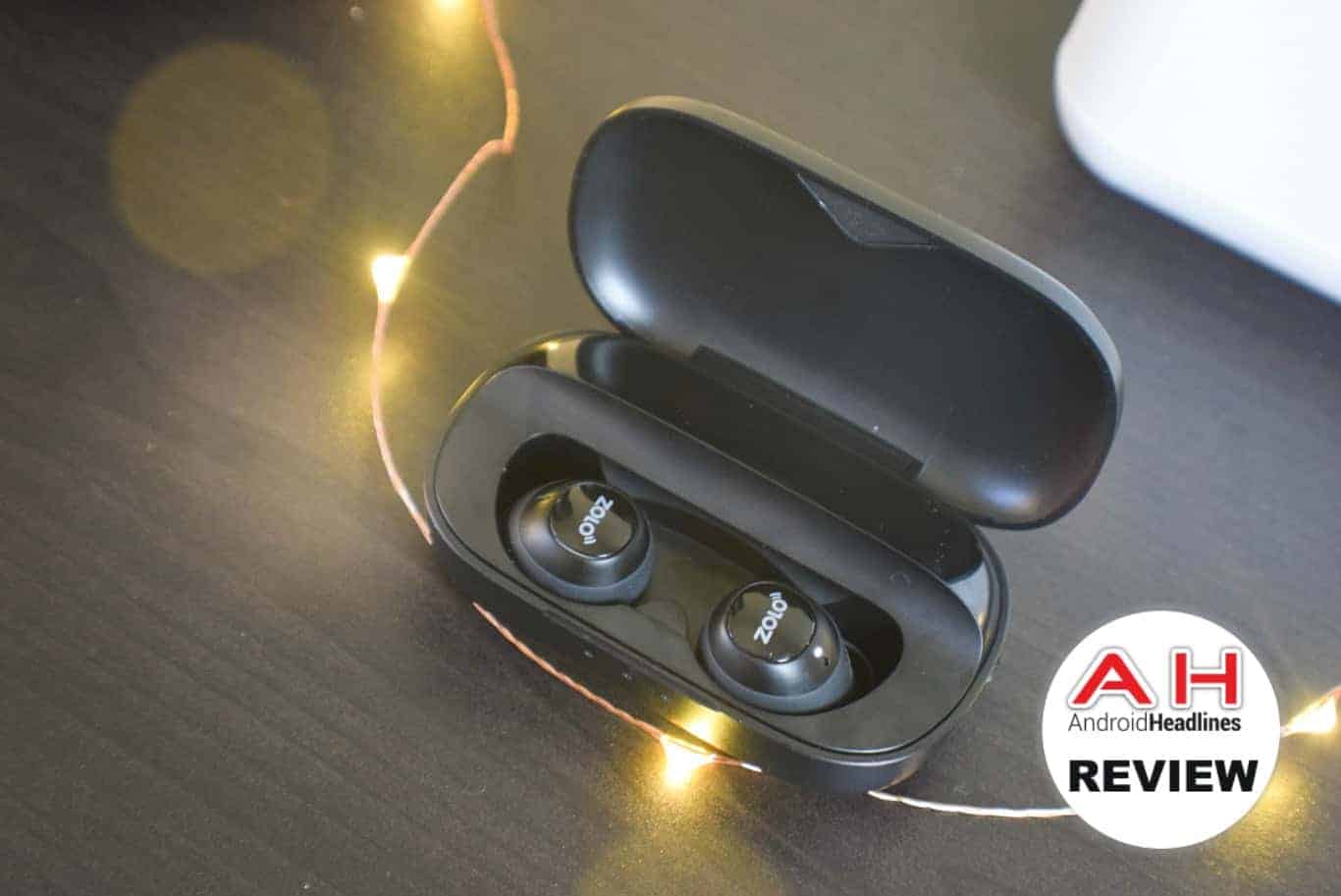 Anker’s first pair of truly wireless earbuds checks all of the right boxes, and cost under $100!

Anker started out as a company that made accessories for your smartphone. Making high-quality accessories for a low price. And since then, have expanded into other areas, including the smart home, premium audio and much more. The company has decided to launch a few different brands for these different niches, and that’s where Zolo comes in. It’s the company’s new premium audio brand, and the first product it announced was the Liberty, a pair of truly wireless earbuds, that the company crowdfunded on Kickstarter over the summer. Now the Liberty is available being sold for $99. We’ve been using it for a few weeks now, and it’s time to talk about them. 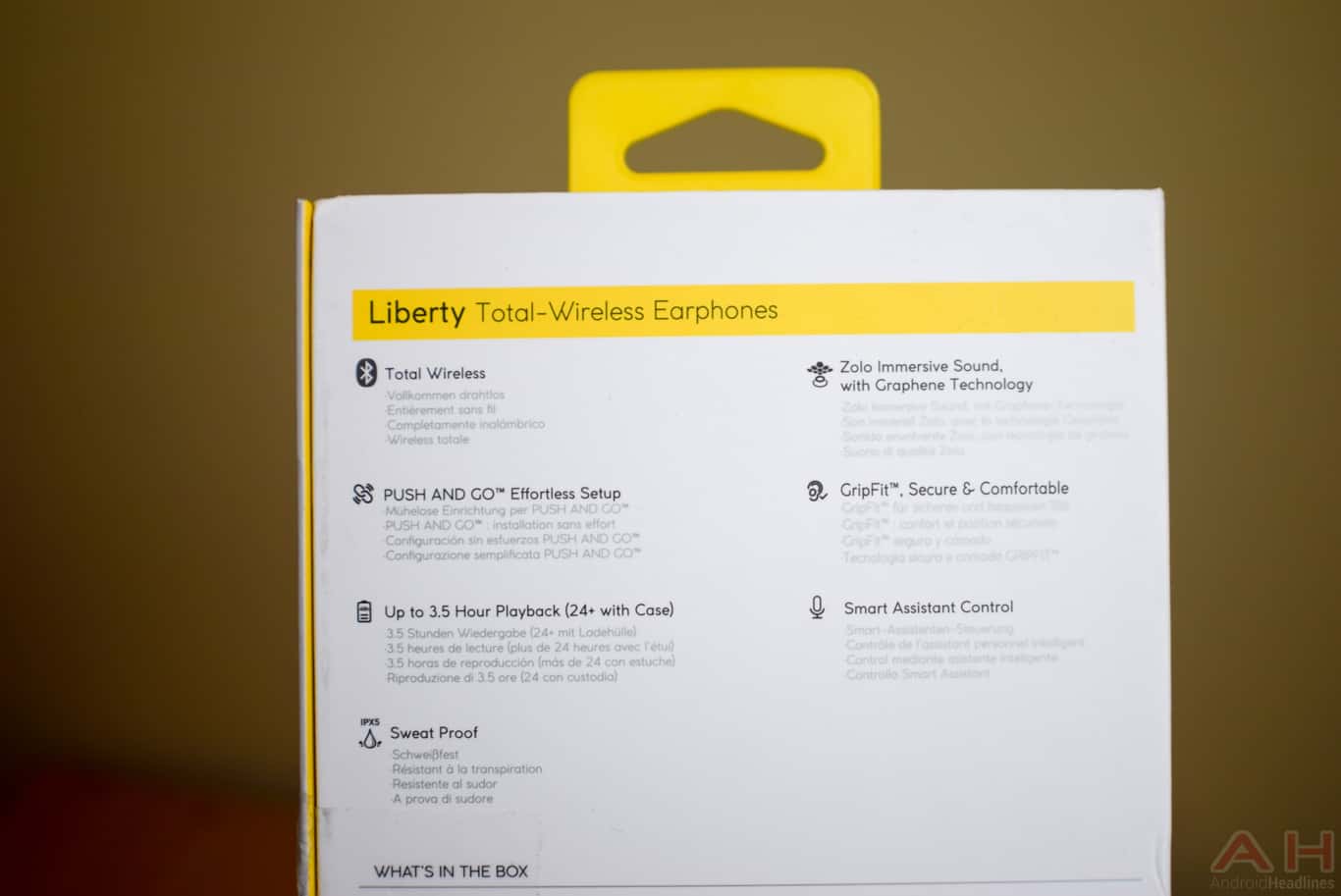 There are actually two sets of earbuds in the Liberty series. There’s the Liberty and the Liberty+, the Liberty+ are a bit more expensive and have larger drivers, newer version of Bluetooth and a few other things. Here, we’ll just be talking about the Liberty, since that is what we have been using. The Liberty earbuds come with 5.5mm drivers in each earbud. Frequency response is 20Hz to 20kHz, with Bluetooth 4.2 on-board for connectivity. There is a microphone, but in the right earbud only, which works with Google Assistant (or Siri, if you have an iPhone connected). These are rated at IPX5 for sweatproof and waterproof, additionally, these charge via a micro USB cable. Anker does not mention the size of the battery, but quotes it as lasting around 3.5 hours on a charge, and with the case it can get up to 24 hours. 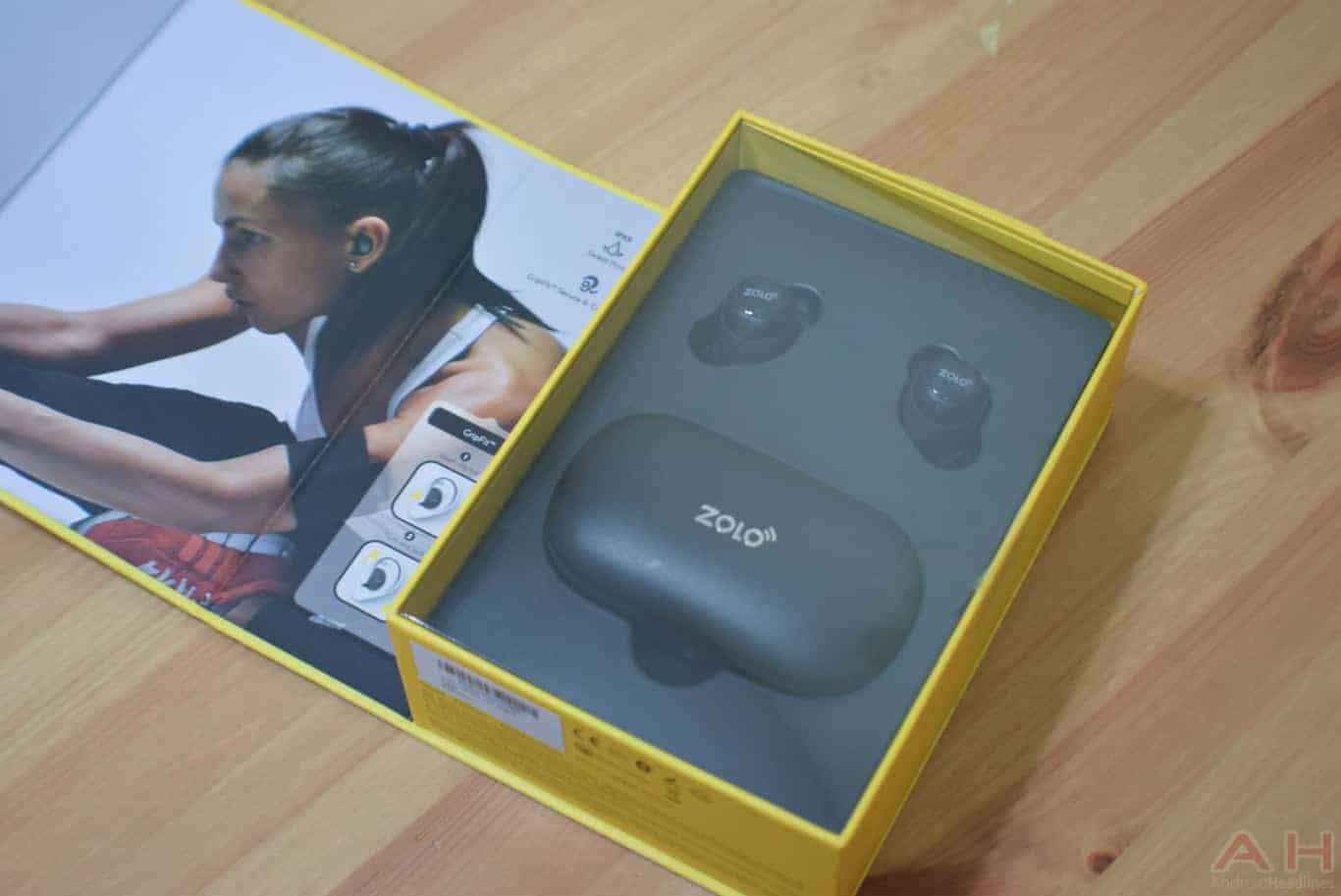 In the box, Anker provides the Zolo Liberty, which are stored in the charging case. You get three sets of ear tips and four sets of the GripFit jackets (also known as wings on other earbuds), these are in different sizes, so that you can use the pair that fits your ears the best. There is also a micro USB cable and then the usual assortment of paperwork. 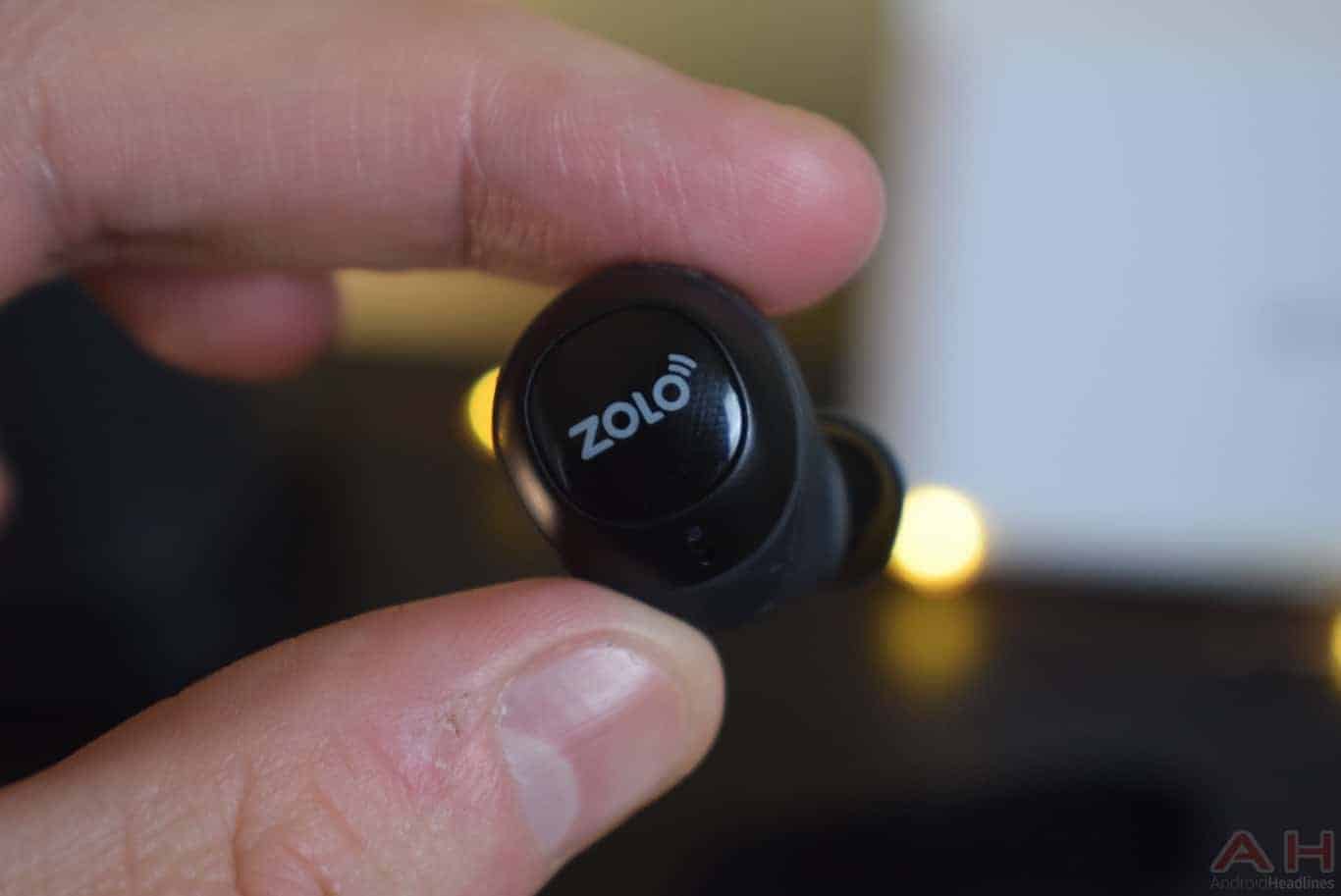 The Zolo Liberty are pretty small, as you’d expect, since these are truly wireless earbuds. They are mostly made out of plastic, which in most cases this would be an issue, but with truly wireless earbuds, it’s a good thing. The reasoning for that is because plastic is much lighter than metal or aluminum, and you will want earbuds that are lightweight and ones that don’t fall out of your ears easily. So it’s a good choice here. There is a button on either earbud, which can be used for different things like adjusting the volume, switching songs and more. There is a light on the right earbud, which indicates that the earbud is charging, when in the case, or turned on when not in the case. Otherwise, these are quite small earbuds and are in black, so they look pretty stealthy. Now there is a Zolo logo on either earbud, but that shouldn’t really bother you.

These do come with a carrying case that you will actually use. And that’s because it is how you charge the earbuds. The Zolo Liberty sit in the charging case which has a micro USB port on the side for charging. This case is pretty nice, nothing too special here, with a nice Zolo logo on the top. The case is actually a bit larger than what the Jaybird RUN sit in, but that is largely because this has a much bigger battery inside for recharging the Zolo Liberty. These can give you up to 24 hours of playback, which is roughly about 8 recharges before the case itself needs a recharge. That’s actually unparalleled when it comes to truly wireless earbuds.

You will notice in the pictures throughout this review that the case for these earbuds do scratch really easily, and that’s because it is also made of plastic. Not necessarily the best material for a case that’s going to be knocking around in your gym bag, or really any bag, but it doesn’t affect how the headphones work, so it’s not the end of the world. But it is something to be aware of, if you do decide to pick up the Zolo Liberty truly wireless earbuds. As mentioned already, the Zolo Liberty do come with a number of ear tips, which I didn’t use myself. I found the ones that were on the earbuds out of the box to be comfortable enough for my liking. But that won’t be the case for everyone. I also didn’t use the GripFit Jackets on the Liberty, which is actually a surprise, since I always use them or the ear tips (what most companies call them) on earbuds, as they stay in my ears better. But that wasn’t needed here. 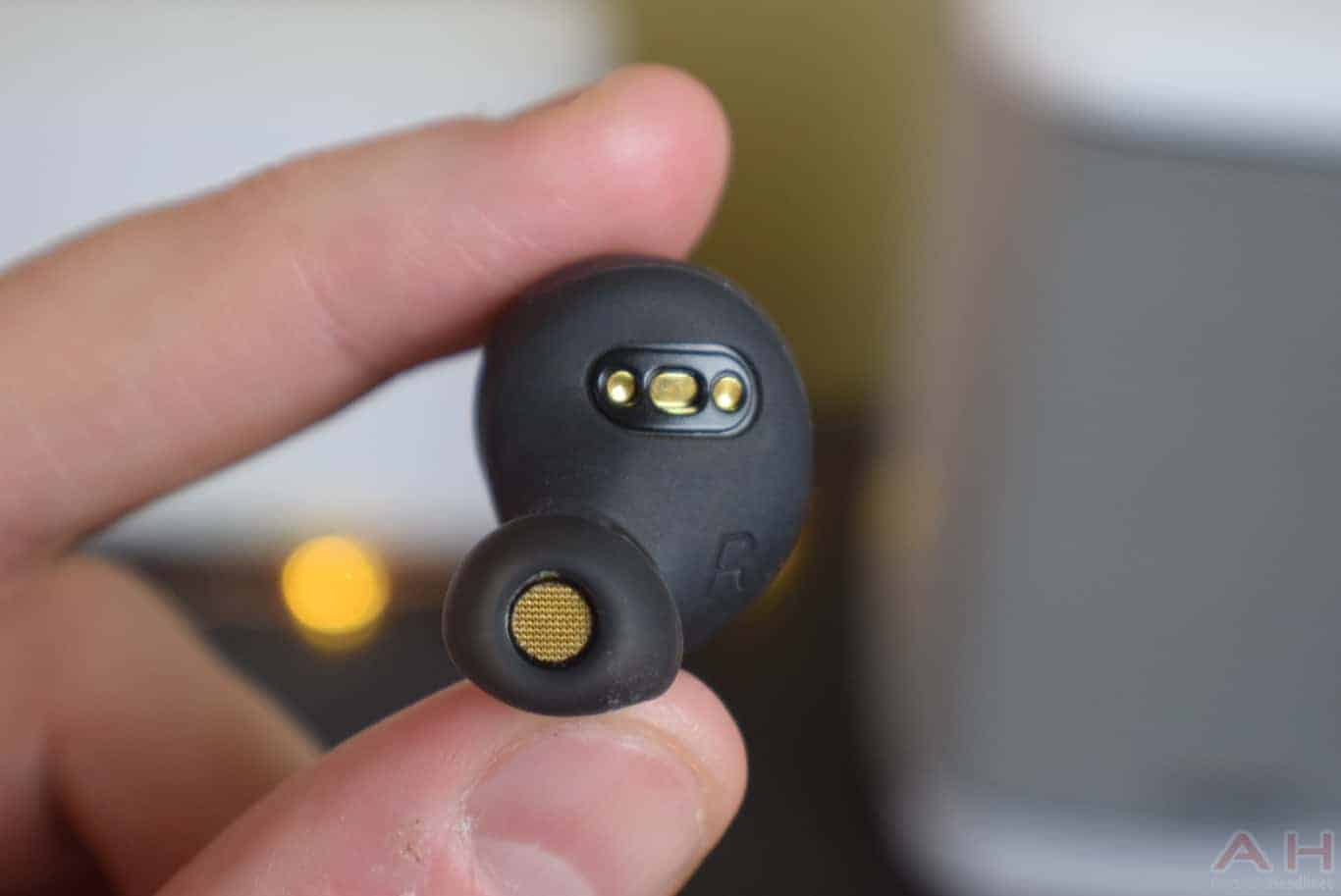 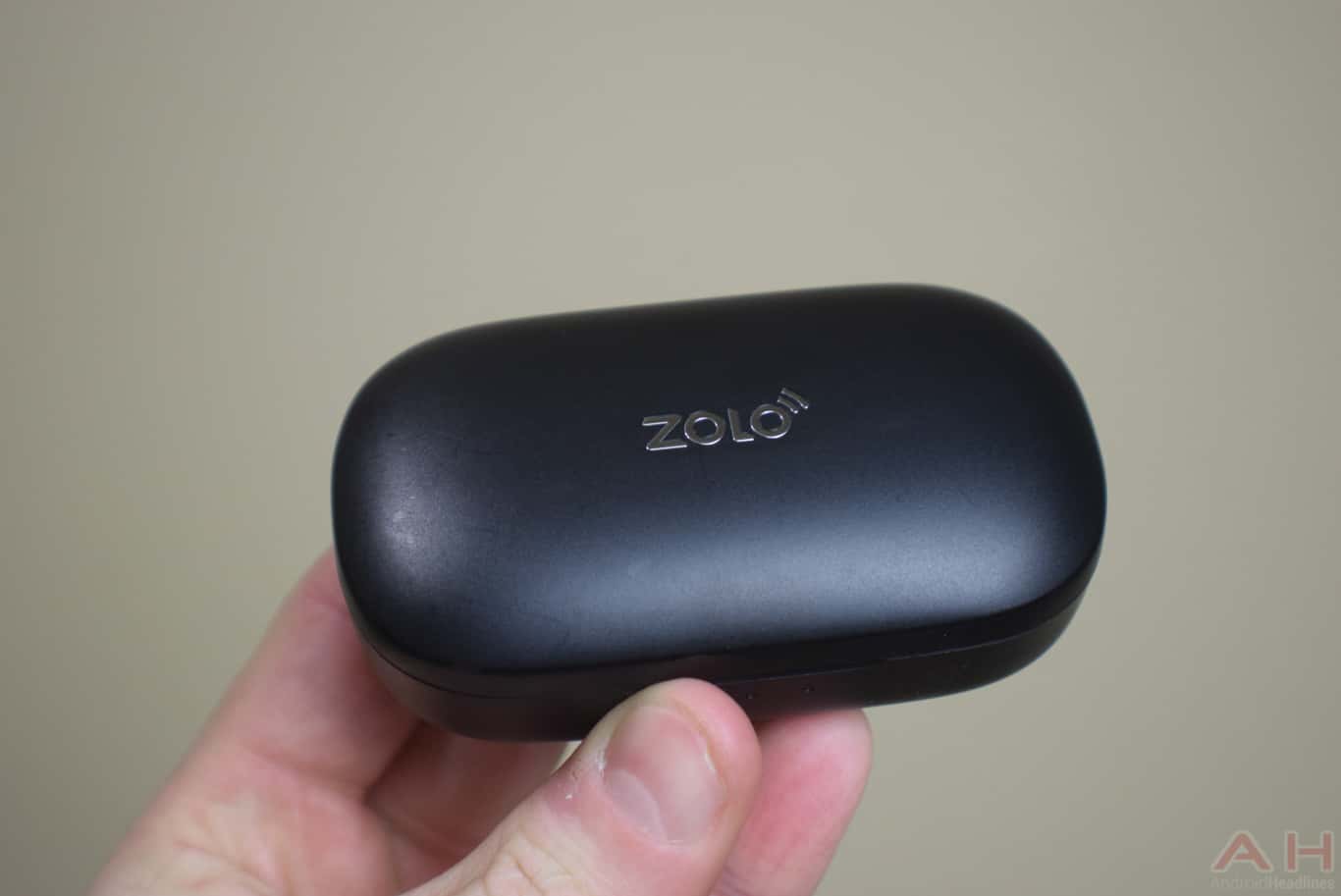 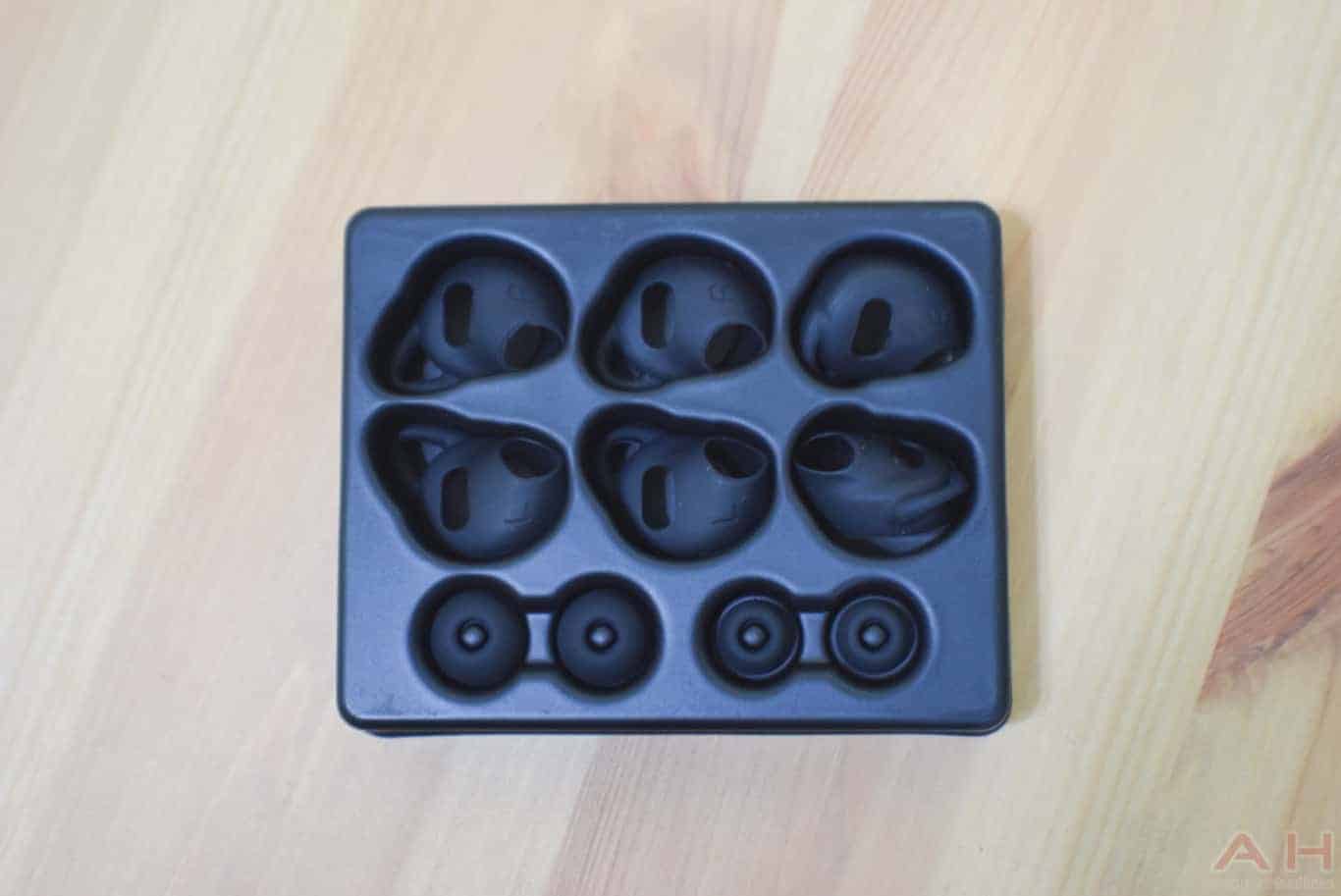 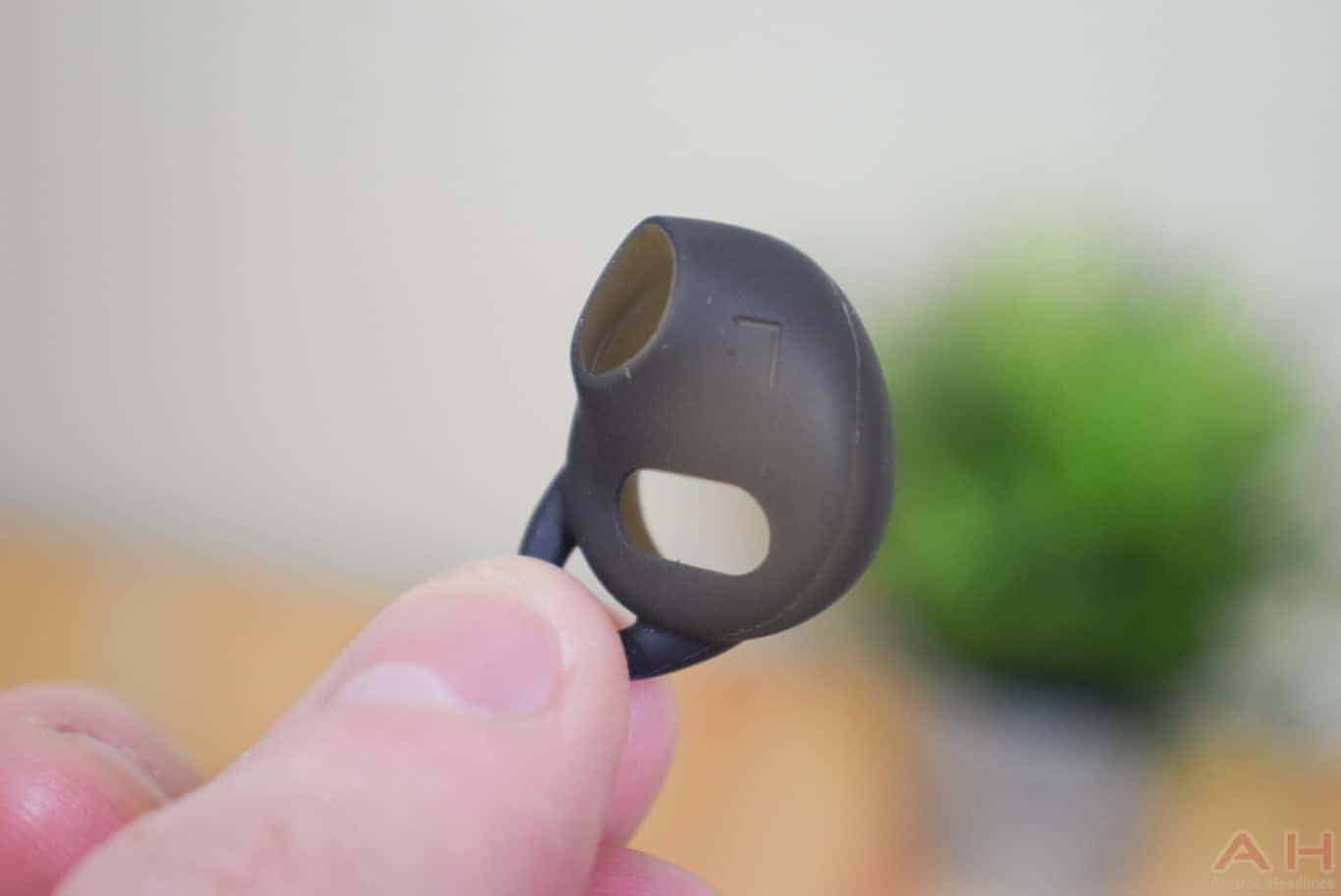 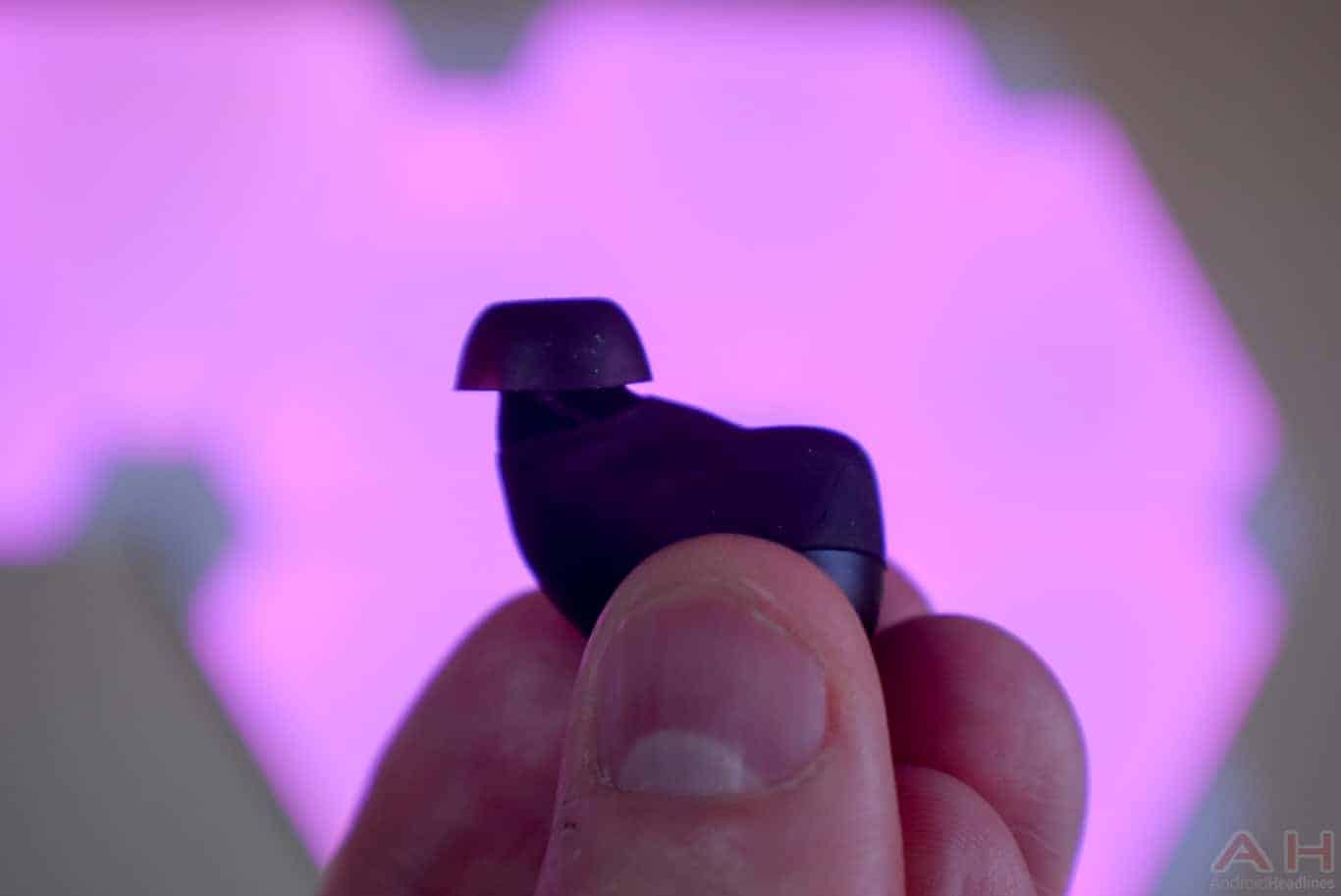 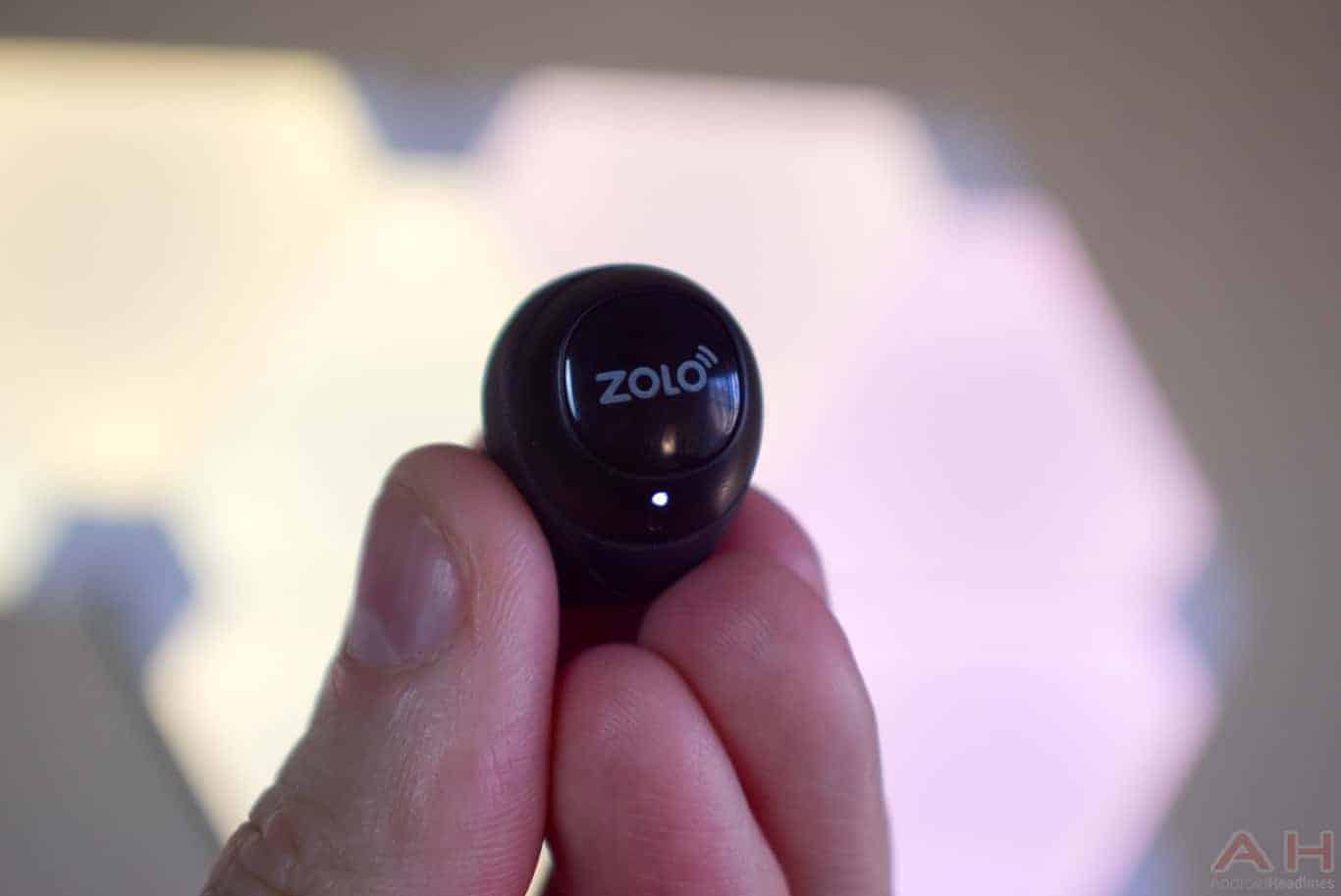 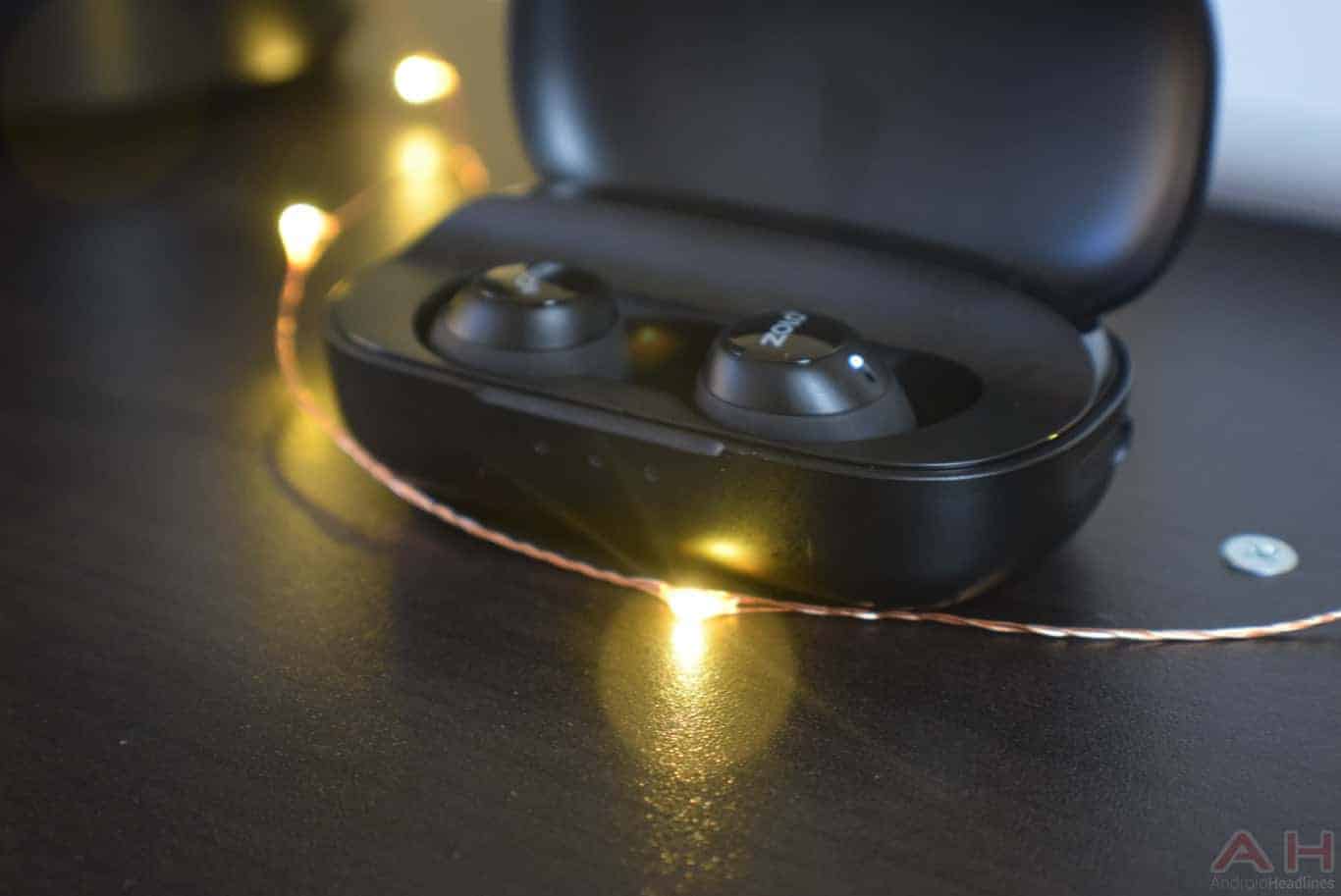 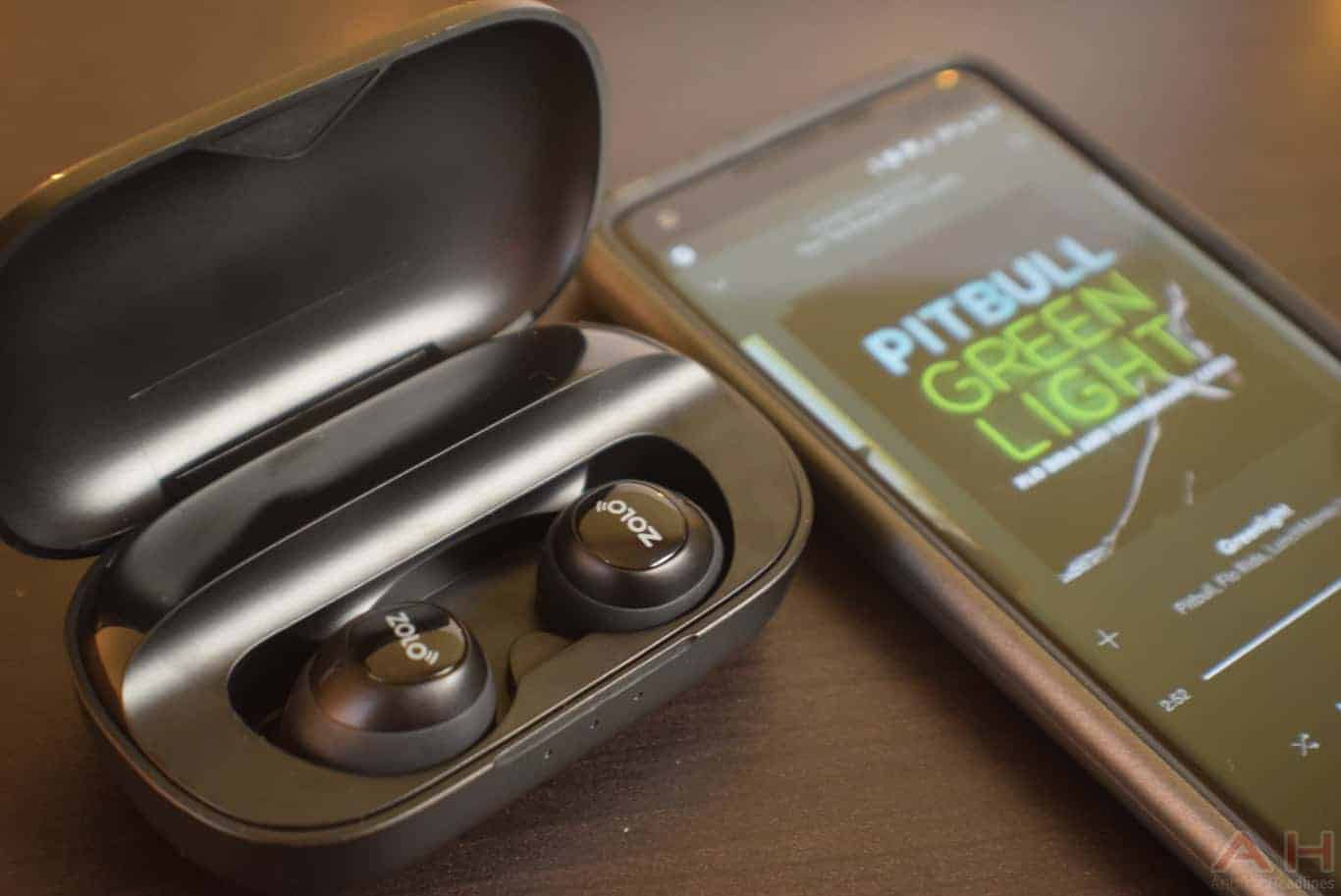 The audio quality on these earbuds are not going to win any awards for being the best, but it is good. Zolo is using Graphene technology to give immersive sound on the Liberty earbuds, and it does really sound good, but the bass is not that deep. So if you listen to a lot of bass-heavy songs (like I do), you’ll definitely notice that. Of course, the mids and highs are nice and clear, there’s nothing to complain about on that end. The real complaint is only on the lows or the bass. For most people, the audio in these earbuds are going to be pretty good, and nothing really to complain about, but those audiophiles out there will want something with more bass for sure.

It would also be nice if there was a way to adjust the EQ on the Liberty earbuds, like you can do with most other smartphones. This would normally be done with an app on your phone, and it’s something that Jaybird does quite well. But being able to adjust the bass to your liking would actually get rid of our only complaint in the music quality – as long as the bass is good, obviously. This is something that Zolo has on the more expensive Liberty+ model, with the Zolo Life app, we haven’t used them or the app (since it doesn’t work with this model), so we can’t say how good, or bad the app is. 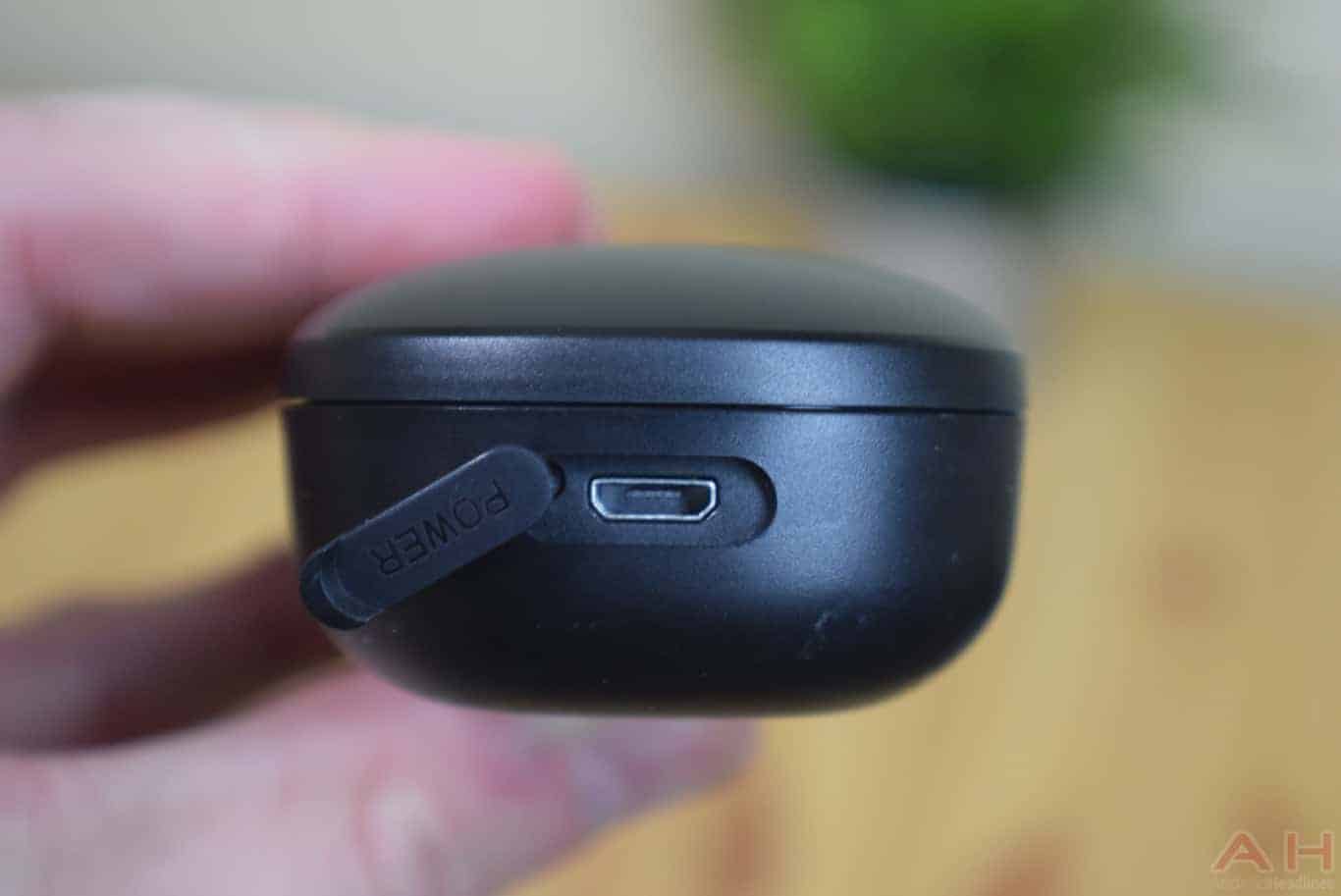 The battery life here is pretty impressive. The 3.5 hours on a charge isn’t really that impressive, but it is about the industry average for truly wireless headphones. That’s really because these earbuds are so small, you either skimp on the drivers and offer lower-quality audio, or have to skimp on the battery and offer shorter battery life, or do like Bose with their SoundSport Free which don’t skimp on either, really, but are also really big and hang out of your ears, which is pretty uncomfortable. So Anker struck a pretty good balance here with the Liberty. It’s long enough battery life for most workouts or even a nice long run, and since you are going to keep these in the case anyways, they should always be fully charged. So you shouldn’t need to worry about forgetting to charge them. Now since the case does last up to 24 hours, we didn’t even need to charge these once a week, it actually lasted us almost two weeks, which is pretty impressive. Luckily, Anker did add a battery indicator on the front, so you can see how much juice is left (and whether you should charge them now or wait a day or so).

Connectivity is almost always a downer for truly wireless headphones. This is because you don’t just have one Bluetooth connection, but you actually have two. Each ear is connected to the phone, which can become an issue. We noticed this with the Jaybird RUN truly wireless earbuds a few months ago when we reviewed those, and found that you sometimes needed to turn on each earbud separately then they would sync up, and that the left earbud would sometimes drop connection and take a good 30 seconds to reconnect. So not the best experience out there, but Jaybird did fix that in the retail version, as the one we reviewed was an unfinished product. But, that is not a problem with the Zolo Liberty. I take the earbuds out of the case, put them into my ears and turn on the right earbud and they automatically connect to the Pixel 2 XL without any issues. No need to turn on the other one, as it turns on automatically. The Liberty also have not dropped connection to the phone at all during our review process, which is a really good thing. As it is really annoying when you’re listening to music then all of sudden you are only getting audio out of one ear. Good thing that’s not a problem here.

The Zolo Liberty might be the best pair of truly wireless earbuds out there, if you’re not an audiophile. And what we mean by that is that the audio quality here isn’t as high-end as some of the other models that are out there from Jaybird, Bose, JBL and others. But every other box is checked on the Liberty. From the battery life, to the comfortability, to even the price tag. For $99, the Liberty earbuds are a pretty tough pair of truly wireless earbuds to pass up (and Amazon will have them marked down to $79 for the next week, as of this publishing). But if you are wanting something with better audio quality, you may want to spend the extra $50 on the Liberty+, which also double the battery life (which is really incredible).