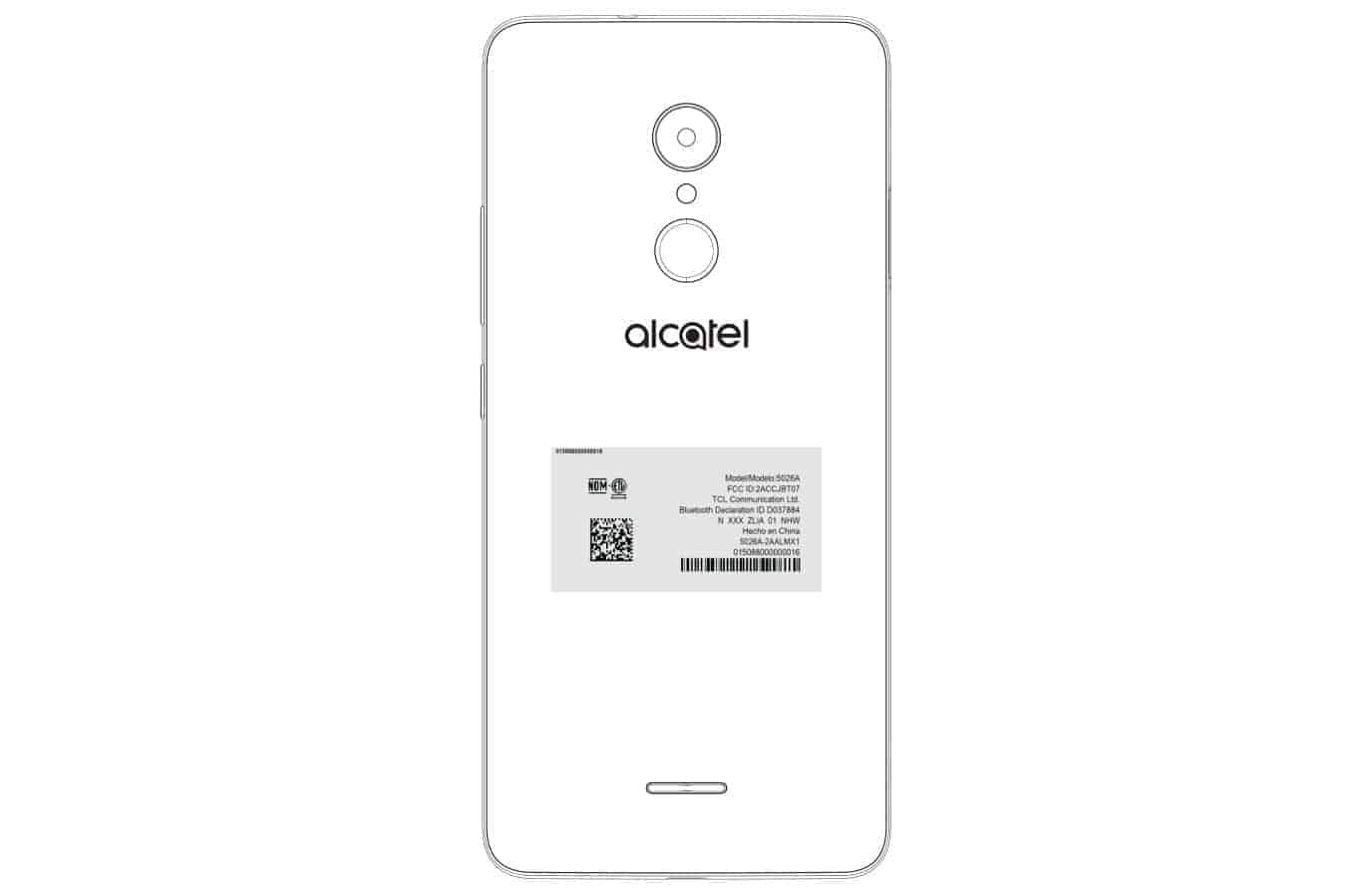 Alcatel is seemingly developing a new smartphone according to a recent FCC application linking the mobile device with the model number "5026A." The application also contains a schematic offering a sneak peek on the smartphone's design, as well as a couple of tables that shed a bit more light on the hardware characteristics, namely the battery capacity of 2,900mAh and the handset's overall dimensions. It's worth noting that the device reviewed by the FCC is labeled as a "production unit" which suggests that this is the final product meant to hit the shelves in its current form.

As expected, the Alcatel 5026A is being manufactured in China by TCL Communication, and judging by the schematic found in the FCC database the smartphone seems to share a few design cues with some of Alcatel's more recent handsets including the A7 and Idol 5 series. The Alcatel 5026A carries a rear-mounted fingerprint sensor right below the main camera and LED flash, and it also seems to employ a rear-facing speaker near the bottom of the back panel. A 3.5mm headphone jack appears to be present on the top edge of the phone, whereas the power key and volume rocker reside on the right edge. In addition, the opposite edge seems to accommodate a less obvious button whose purpose is unclear, though it could be a fingerprint recognition sensor. Moving on, the Alcatel 5026A will be powered by a 2,900mAh battery manufactured by Veken.

Next year Alcatel is expected to release no less than six smartphones, all of which have been previously seen in a series of leaked renders. Out of all these six models, the 5026A spotted at the FCC bears the most resemblance with the Alcatel 3C (seen in the image gallery below), partly because the other five models don't have a rear-facing speaker, and partly because the device carries a single main camera. The Alcatel 3C is expected to fit in the budget-friendly market, though the exact specifications are currently unknown. Nevertheless, the OEM is likely to bring its 2018 lineup at CES in Las Vegas this January, and if that won't be the case then maybe the series will be unveiled one month later at MWC in Barcelona.