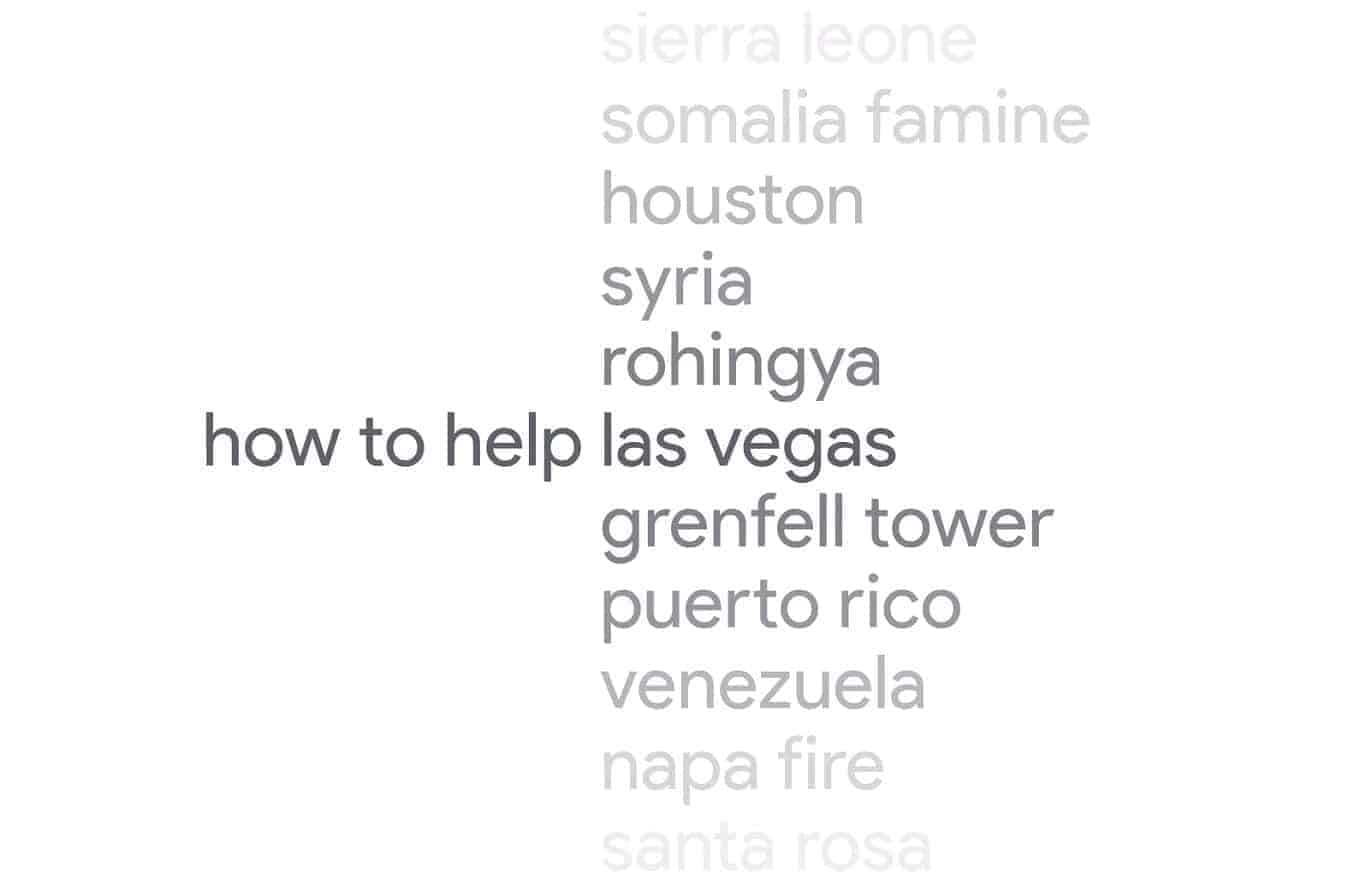 With the year now coming to an end, Google today released an overview on how people have used Google Search during 2017 providing some insight into the trends of the year at a communal level. The accompanying announcement post on this by Google highlights that “how” was a major search term this year, with Google going on to suggest this indicates a growing trend of people wanting to better understand the world around them.

While how-tos are always likely to be popular searches in general – as new people look for information on how to get used to new purchases, learn, or do things – the suggestion made by Google and its data today is the ‘how’ highlighted here was much more of a globally-aware and caring how. With a number of the top how searches seemingly related to how to help with the various person-caused and natural disasters and events that have occurred during the year. Hurricanes, fires, and shootings, being some of the examples given. Those interested can check out the video below which Google has put together to highlight some of the bigger questions asked by people.

Beyond the bigger how questions – that according to Google people have asked “at least 10 times more this year than ever before” – Google has not provided too much information on non-how searches in general. Although the company has also released an easy to use tool which lets those interested view the top trends globally, as well as trending topics at a more local level. In addition to also breaking down the results (both globally and locally) to highlight specific category trends, such as memes, movies, sporting events, people, and so on. A quick view of those results show “Hurricane Irma” was the most trending topic globally, followed by “iPhone 8” and “iPhone X” respectively. While in the US specifically, the top three in order was “Hurricane Irma,” “Matt Lauer” and “Tom Petty.” In contrast to the UK where the top three in order was “Meghan Markle,” “iPhone 8” and “Hurricane Irma” or in Russia where the top trending topics in order were “Draw of the 2018 World Cup,” “Ice Hockey Championship” and “Confederations Cup.” Those interested in checking out what trended in their region during 2017 can do so by heading through the link below and adjusting the drop-down menu accordingly.

Advertisement
Google Year in Search 2017
Advertisement
Trusted By Millions
Independent, Expert Android News You Can Trust, Since 2010
Publishing More Android Than Anyone Else
25
Today
144
This Week
399
This Month
5143
This Year
106618
All Time
Advertisement