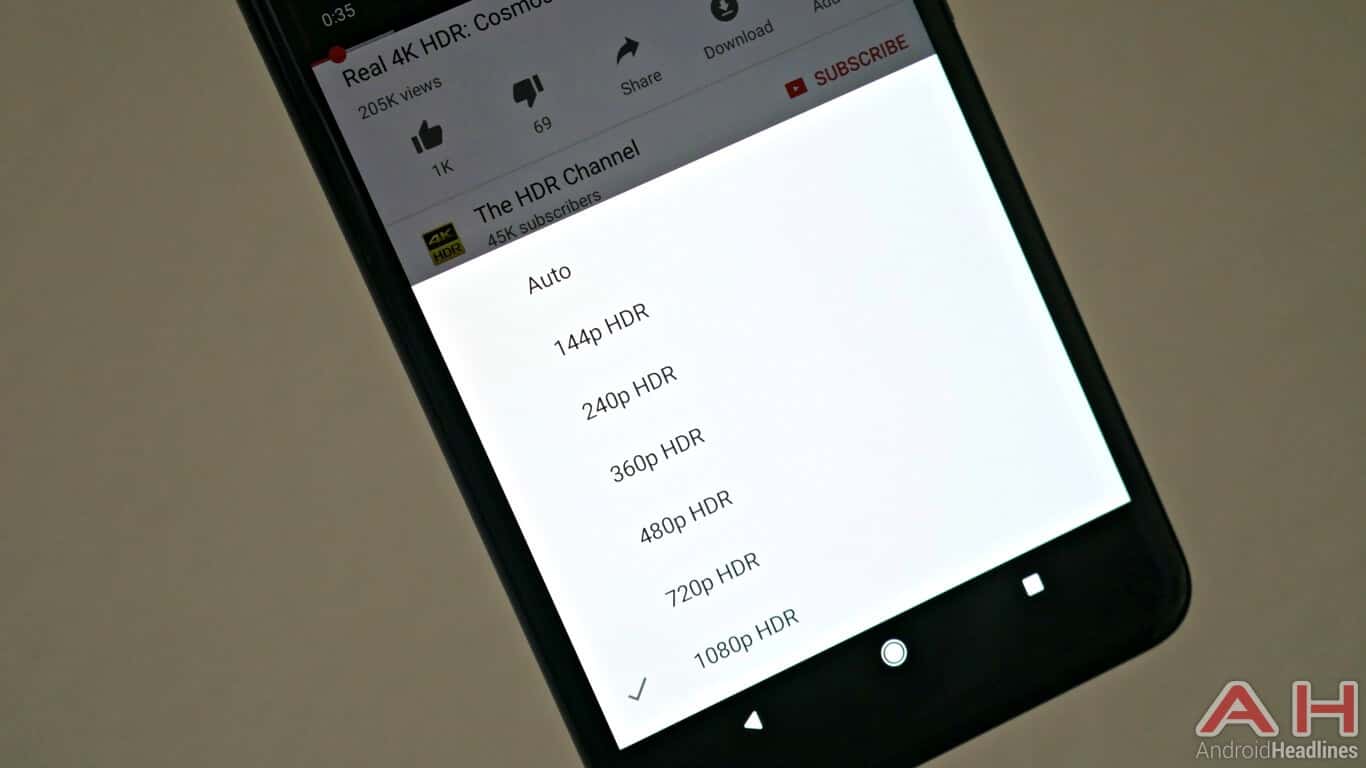 The YouTube Android app is now capping High Dynamic Range (HDR) content playback at 1080p. At present, it is unclear when this change took effect and there has been no official confirmation or explanation as to why the cap is now in place. However, over the weekend, a number of reports started to come to light highlighting that the cap is now in use and seemingly at a widespread level.

Which means regardless of which device is being used (and whether or not it is capable of playback at a greater resolution), using the Android app version of YouTube will limit video playback to 1080p HDR. For reference, it was only in September of this year when the app was first noted as offering higher resolution HDR playback levels (although YouTube's HDR support was first announced by Google late last year). This started when Galaxy S8 and S8 Plus owners first noted their YouTube Android app has started offering playback at 1440p HDR. Following which, user reports quickly came through noting how the support had been extended to the likes of the Google Pixel, the LG V30, and others. Indicating that the support for HDR content at greater resolutions was becoming available to most of the flagship Android devices capable of handling such resolutions.

However, it does now seem as though within two months of that HDR support going live Google and YouTube have decided to reverse the decision, or at the very least limit the top end of the resolution to 1080p. Arguably, one of the assumptions to be made is that the YouTube app is struggling to play HDR content at 1440p which is why the limitation has now been put in place. Especially considering that other apps available on Android still do offer HDR content at 1440p and higher. Although until Google provides a firm explanation on why the cap is suddenly in effect, it will remain unclear as to whether this is a playback issue specific to YouTube, as well as whether this is a temporary capping while the issue is resolved or more of a permanent change. In either case, most users who try to watch a HDR video via the Android app will note YouTube selects 720p HDR as the default resolution – likely to further ensure the playback experience is as fluid and smooth as possible. Therefore those looking to consume at the new-highest resolution (1080p) will need to adjust in the video settings when watching on mobile. 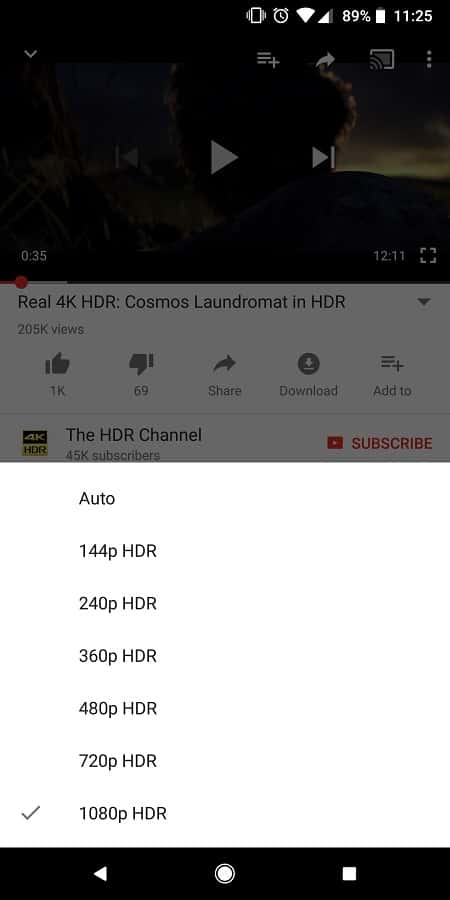