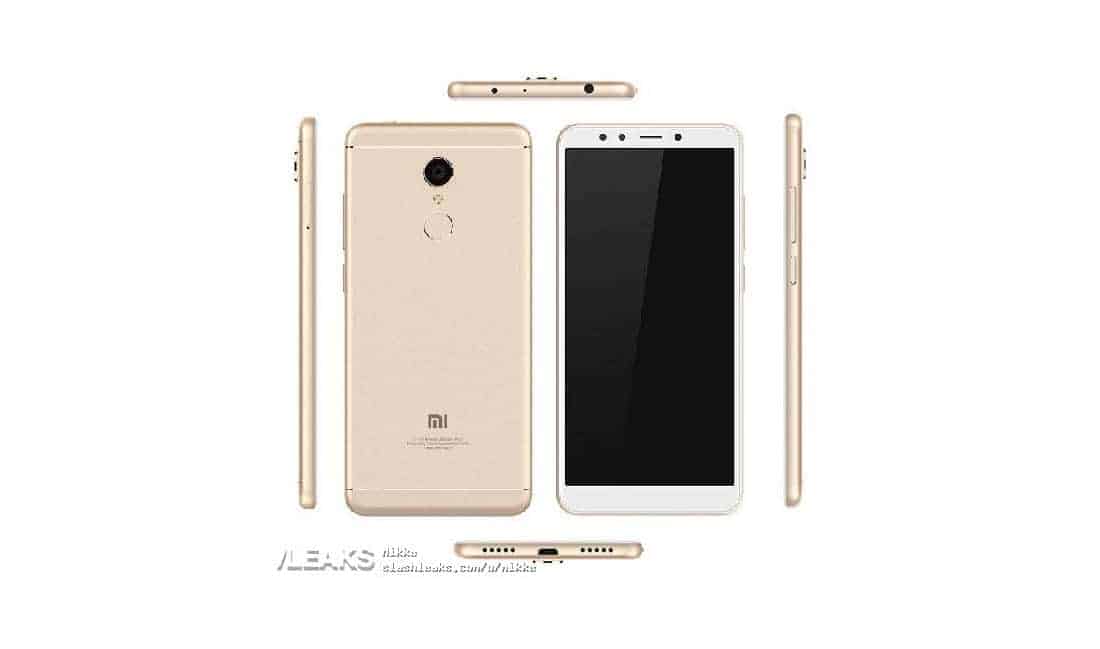 The existence of the Xiaomi Redmi Note 5 has been prematurely confirmed by China Telecom which listed the device earlier today and promptly pulled it from its website, but not before one user was able to download its official press render attached to the product page. The image that can be seen above shows what appears to be a rose gold variant of the device, though it's still unclear how exactly will this particular color option be officially called. Regardless, the handset itself is seemingly identical to the previously spotted prototypes and renders, with the mobile service provider essentially confirming that Xiaomi's next Android mid-ranger will adopt a tall display panel with an aspect ratio of 18:9, i.e. 2:1.

According to the same source, Xiaomi's upcoming smartphone will feature a 5.7-inch LCD panel with an HD+ resolution of 1,440 by 720 pixels, whereas its newly uncovered image shows relatively minimal bezels and a clean-looking front with no physical Home button in sight. The circular fingerprint reader has been installed on the back of the device and is depicted as being centered approximately a third of the way down its rear plate, being situated immediately below a dual-LED flash and a single-lens camera setup. The primary imaging system of the device was listed by China Telecom as a 12-megapixel affair, whereas the front-facing module supposedly takes advantage of a 5-megapixel sensor. The handset is powered by the Qualcomm Snapdragon 625 and Snapdragon 626, depending on the exact series, though no significant differences in real-world performance are expected between the two, with both octa-core chips having a maximum operating frequency of 1.8GHz. The Xiaomi Redmi Note 5 features 4GB of RAM and 64GB of internal flash memory, according to the same listing which doesn't mention a microSD card slot, though that doesn't necessarily mean one won't be part of the package.

The handset is listed as being 151.8 × 72.8 × 7.7mm in size and weighing 157g, in addition to featuring a 3,300mAh battery which isn't removable. Xiaomi's latest mid-range offering runs Android 7.1 Nougat-based MIUI and is priced at 1,399 yuan, which translates to approximately $212. The handset will start retailing in China on December 10th and should also make its way to India in the near future, though there's still no word on whether it will officially receive a wider release. Nevertheless, a number of Chinese resellers that ship internationally should still pick up the handset shortly after its commercial debut.