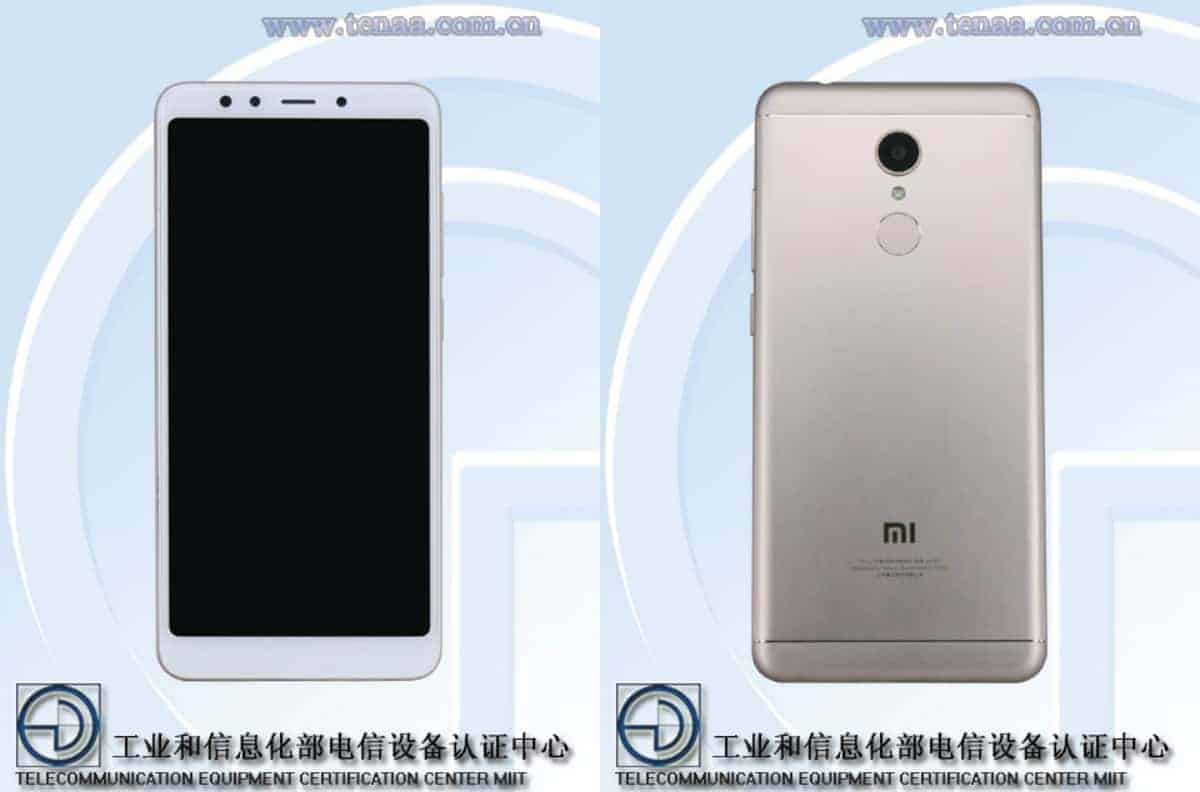 The phone will be made out of metal, it will sport a rear-facing fingerprint scanner, and really thin bezels around its display. All of the physical keys will be included on the right-hand side of the device, and its main snapper will protrude on the back a bit. The phone's display will ship with slightly rounded corners, and the SIM card tray will be included on the left. Now, the Xiaomi MDE1's listing says that the phone will be available in 2GB, 3GB and 4GB RAM variants, along with 16GB, 32GB and 64GB of native storage, respectively, while the MDT1 certification says that the phone will sport 3GB of RAM and 32GB of internal storage. All in all, it seems like we'll get more than one variant of the Redmi 5, and you'll be able to expand its storage via a microSD card.

The Xiaomi Redmi 5 will sport a 5.7-inch HD+ (1440 x 720) display, while a 3,200mAh battery will be included here as well. Android 7.1.2 Nougat will come pre-installed on the Redmi 5, and on top of it, you'll be able to find Xiaomi's MIUI 9 skin. A 12-megapixel snapper will be included on the back of the Redmi 5, while you will find a 5-megapixel shooter on the phone's front side. An octa-core SoC which is clocked at 1.8GHz will fuel the Redmi 5, though the exact processor model was not mentioned by TENAA: The two phones will ship with a 3.5mm headphone jack it seems, and it will arrive in Black, Rose Gold, Gold, White, Blue, Red, Pink, Gray and Silver color variant, it seems. The phone will measures 151.8 x 72.8 x 7.7mm, and it will weigh 157 grams, if TENAA is to be believed.