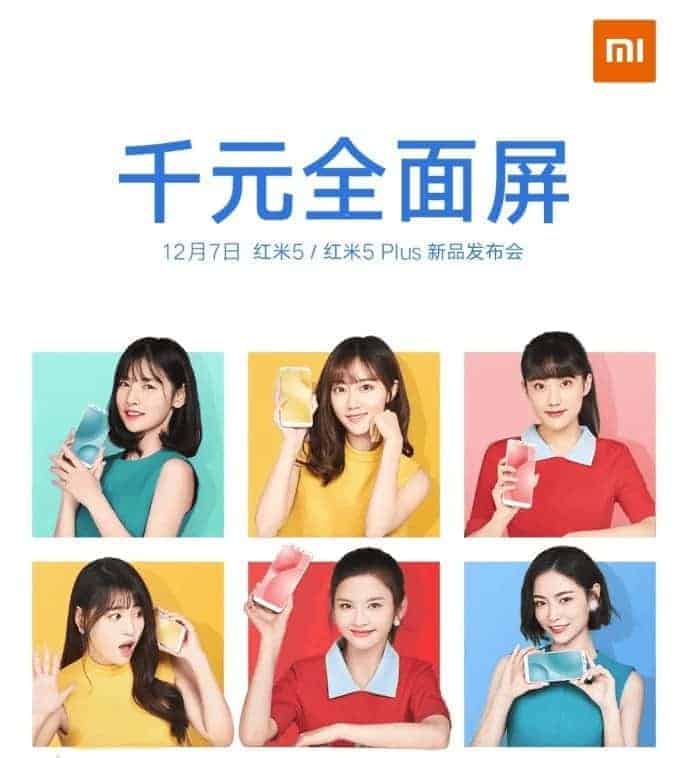 Now, the company is not exactly keeping the phone’s design a secret, as the design was revealed in the two teaser images as well, as you can see in the gallery down below. We’re not entirely sure this is the design of both the Redmi 5 and Redmi 5 Plus, it is possible that the company is only showing off one phone, but we’ll assume that they’ll look identical. As you can see, both phones will be made out of metal, and bezels on the front side of the device will be quite thin, though the display will not exactly be small. A fingerprint scanner will be included on the back of the phone, and so will a single camera. Based on the looks of the Redmi 5 and Redmi 5 Plus, previous leaks were more or less spot on. Now, as far as specs are concerned, the Redmi 5 is expected to sport a 5.7-inch HD+ (1440 x 720) display, which means we’re looking at an 18:9 aspect ratio. The phone will be fueled by the Snapdragon 450 SoC, and the phone will probably ship with 3GB of RAM and 16GB or 32GB of internal storage. A 12-megapixel main camera had been mentioned in rumors, and the same can be said for a 5-megapixel front-facing snapper.

The Xiaomi Redmi 5 Plus, on the other hand, is rumored to arrive with a 5.7 or 5.99-inch fullHD+ (2160 x 1080) display, and it will probably be fueled by the Snapdragon 625 64-bit octa-core processor. A 12-megapixel shooter will be included on the back of this phone, while a 5-megapixel snapper is expected to be available on its front side, same as on the Redmi 5. Android Nougat will come pre-installed on both of these phones, and on top of it, you’ll be able to find MIUI 9, Xiaomi’s very own skin. The Redmi 5’s pricing is expected to start at 699 Yuan ($106), while the Redmi 5 Plus’ pricing will kick off at 999 Yuan ($151), if rumors are accurate.