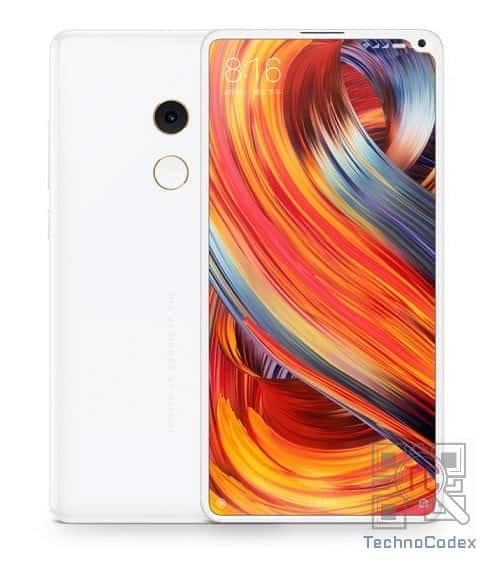 The Xiaomi Mi MIX 2 is one of the company’s best-looking smartphones thanks to its thin bezels, and the Xiaomi MI MIX 2s has just leaked, again. For those of you who do not recall, the alleged Mi MIX 2s actually surfaced a couple of days ago, sporting an iPhone X-like notch at the top of its display. Now, that leak probably was not real, as it is possible someone simply installed the notch app for Android and included it on a regular Mi MIX 2, but who knows. Well, now we have yet another alleged Mi MIX 2s image, and this time around the phone doesn’t have a notch, or a ‘chin’ below the display, but its camera lies in the top left corner of the smartphone’s display.

It is possible that this leak is also fake, as it could have easily been photoshopped or something of the sort, but this is rather interesting design, to say the least. You are getting very thin bezels all around here, though the camera does make the top right corner of the smartphone’s display stand out from the rest of the device, and makes it non-symmetrical, which is something you either love or hate, same as with the notch on the iPhone X, or the placement of the front-facing camera on the Essential PH-1. Other than that, this design resembles the Xiaomi Mi MIX 2 quite a bit, remove the ‘chin’ below the display, and the phone looks almost identical. The fingerprint scanner is still placed on the back, and the phone still sports a single main camera on its back side. All the physical keys are included on the right-hand side of this device and the earpiece is placed above the display, and we’re looking at a regular earpiece, just like the one Xiaomi included in the Xiaomi Mi MIX 2.

The Xiaomi Mi MIX 2s could just be a figment of imagination at this point, though there’s always a chance that Xiaomi is truly planning to release it in the coming months. If that happens, it will probably ship with the same SoC as the Mi MIX 2, the Snapdragon 835, while the rest of its specs will probably be equally powerful. In any case, if there’s any truth to all this, we’ll probably see more leaks soon.