Xiaomi India shipped 9.2 million Android smartphones over the third quarter of the year, the company’s Vice President Manu Kumar Jain revealed on Monday. The executive that also serves as the managing director of Xiaomi’s Indian division thanked consumers for their backing, suggesting that the company is expecting to see even stronger performance going forward. Compared to the third quarter of 2014 when Xiaomi entered India, the original equipment manufacturer recorded a three-year growth rate amounting to approximately 9,200 percent, having first shipped just over 100,000 units in Q3 2014.

Ever since penetrating the second largest smartphone market on the planet, Xiaomi has been expanding its local business in a rapid manner, having moved from the aforementioned shipment figure to one million units shipped in Q3 2015, then tripling that number in the three-month period ending September 30th, 2016. The latest achievement marks the company’s best quarter in India ever but if recent trends are any indication, that record won’t last for long. In a span of three years, Xiaomi went from no official presence in India to being the second largest phone vendor in the country and is presently on track to outpace Samsung, possibly as soon as the final quarter of 2017. Xiaomi’s business strategy for India entails aggressively priced devices and significant subsidies provided to local consumer electronics retailers in exchange for having them prominently feature its devices.

Xiaomi is still believed to be lagging behind in the high-end smartphone market in India, though no detailed breakdowns of its top sellers in the country have been provided by the OEM to date. Regardless, strong performance in the entry-level and mid-range segments appears to have been enough to turn the Chinese firm into the fastest-growing phone vendor in India that’s likely to break ten million quarterly shipments next year. Apart from being one of the largest smartphone markets in the world, India is also unique in the sense that it shows little to no signs of saturation or upgrade fatigue on the part of consumers, thus being an extremely compelling market for most phone vendors. The high level of competitiveness in India is unlikely to fade away anytime soon, according to predictions from numerous industry watchers. 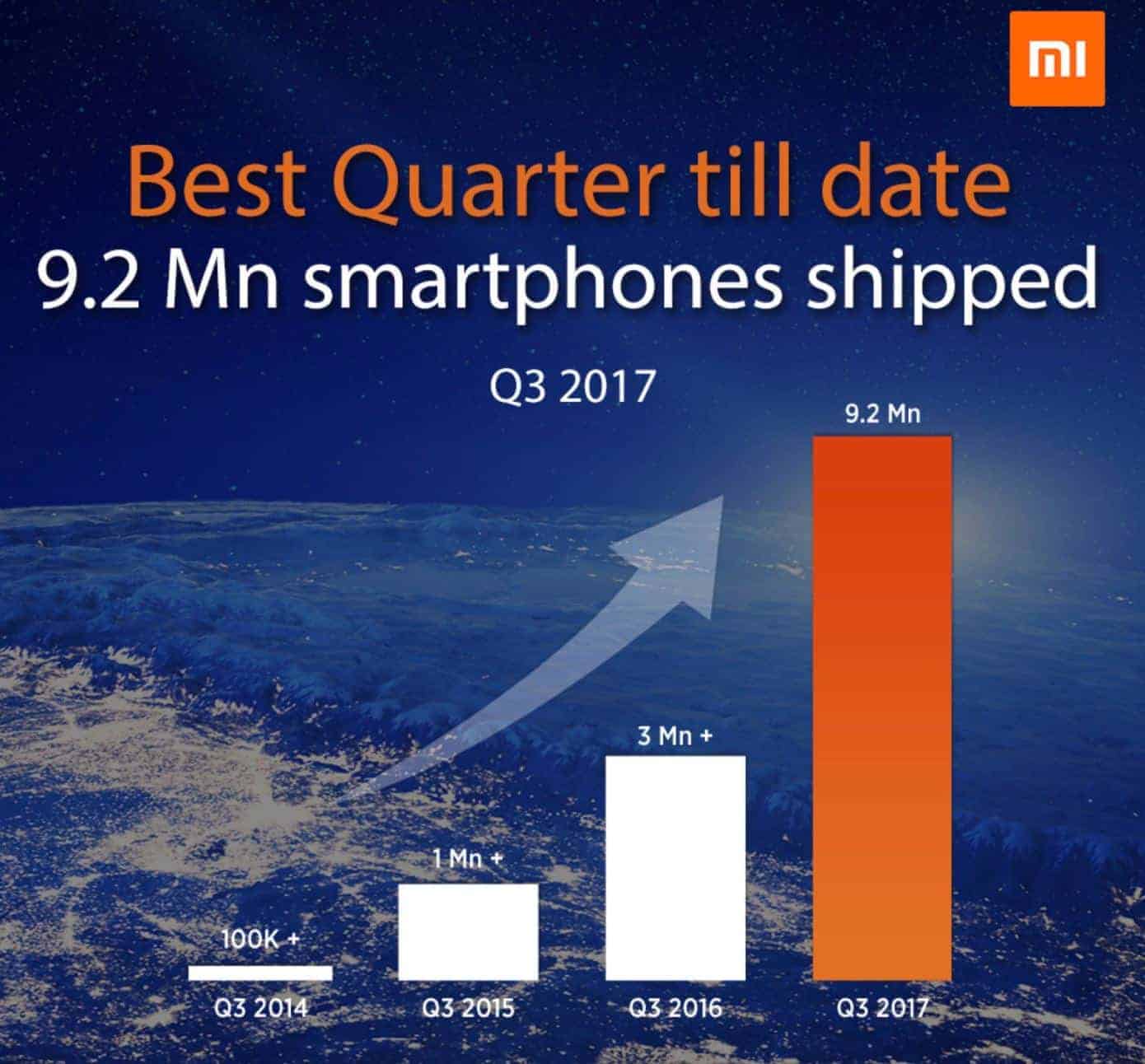