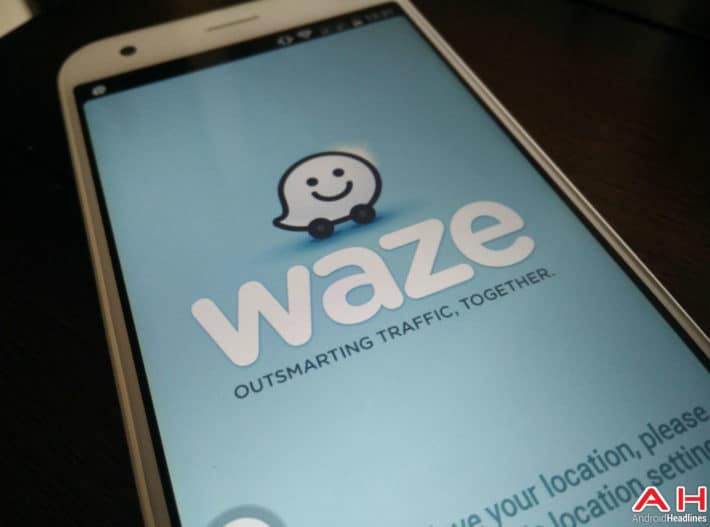 Waze, the company behind the community-driven GPS and maps application bearing the same name, has now released its third annual infographic outlining the best and worst places in the U.S. to be a driver. The company has, for the past three years, taken to analyzing the data gathered from its millions of active users to provide information about traffic, road quality, and overall driving experience. This year the Netherlands won out on the global scale, as the top place to operate a vehicle based on those ratings and the overall happiness of Waze users in the region. That was followed by France, the U.S., the Czech Republic, and Belgium. At the bottom of the list, which included 217 city areas from 42 countries, the Philippines, Dominican Republic, El Salvador, Indonesia, and Russia.

Setting those regions aside, the new infographic pertaining specifically to the U.S. and included below showed that the country scored better than the global average rating for no fewer than 59 of the 61 metropolitan areas surveyed. Smaller cities were rated better than larger ones and the top city for drivers in 2017 was Greensboro with a score of 8.7 – with 10 total points possible. That was followed by Lexington and Dayton, with scores of 8.53 and 8.52 respectively. Behind those, Macon scored a total of 8.46 points – which placed it ahead of Albany by 0.12 points. Of course, not every metro scored so well. The worst place in the nation to be a driver was concluded to be Honolulu. The city only managed a score of 4.69 points. Faring slightly better than that were Jacksonville and San Diego. The former scored 5.69 points and the latter scored 6.50 points. Los Angeles, in the meantime, only managed to beat out San Diego by a paltry 0.01 points. Rounding out the worst five cities, Portland earned a score of 6.57.

Breaking down the overall score for 2017, Waze's analysis showed average scores for traffic, safety, driver services, and road quality in the U.S. were well above average. In fact, none of those particular ratings fell below nine points out of ten. However, taking the happiness of Waze users according to app-based feedback in the country into account knocks the U.S. down in terms of global ratings. That's because the U.S. only scored 6.55 points out of ten on that front, which the company calls its "Wazey" rating. Only 4 of the 61 U.S. cities managed to score a perfect 10. 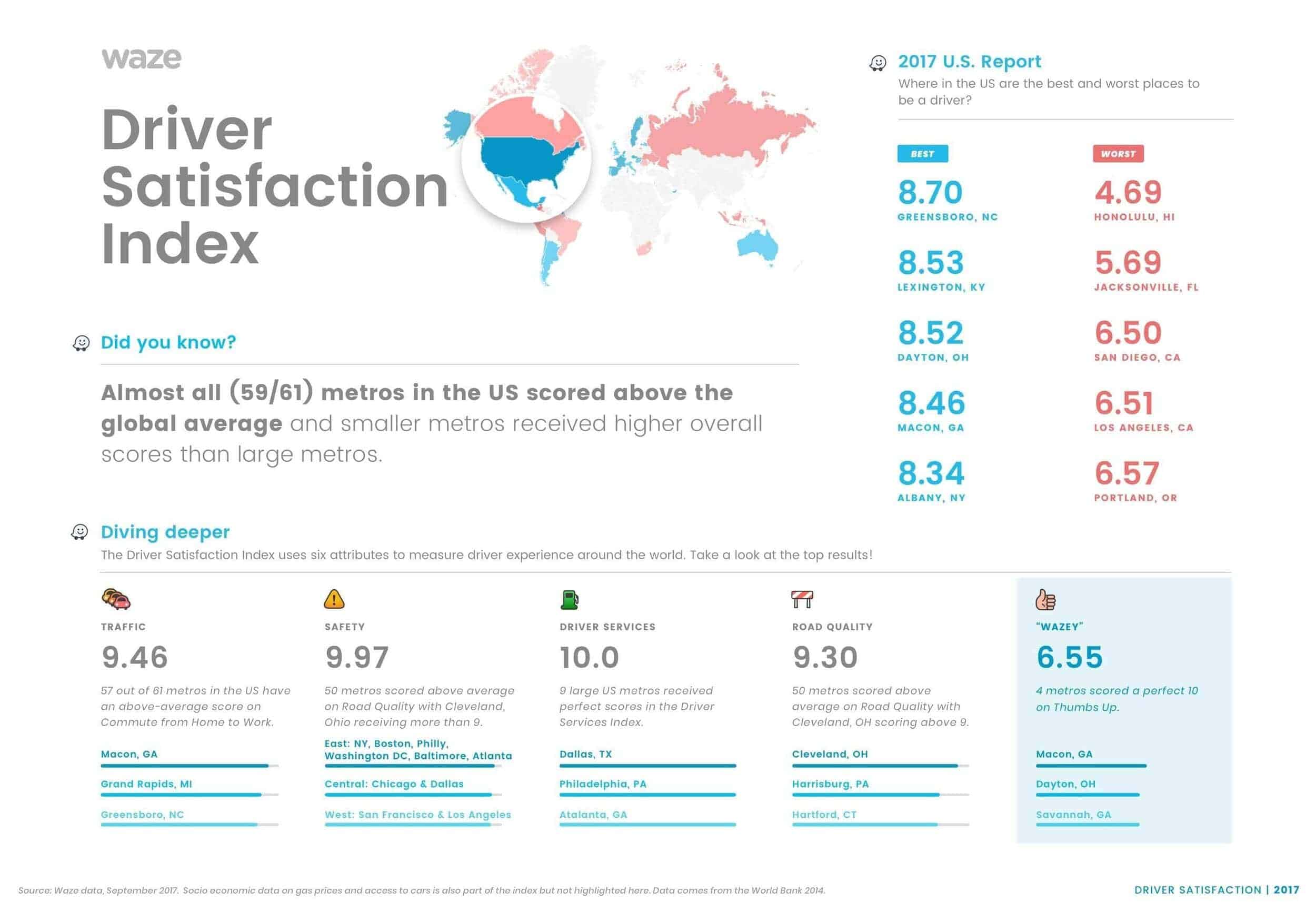