Volvo has announced that it entered an agreement with Uber to provide 24,000 Volvo vehicles for the ride-hailing company’s driverless fleet. Autonomous driving has recently been a hot topic of interest among automakers and various other companies such as Google and Uber, and the latter is preparing to accelerate its efforts in this area by acquiring more compatible cars. Under the new agreement, Uber will purchase 24,000 vehicles from Volvo between 2019 and 2021, which should significantly boost its efforts in the autonomous driving space. Uber had already fitted roughly 200 Volvo cars with its self-driving systems for tests in Arizona, San Francisco, and Pittsburg, but the upcoming fleet will take things to the next level.

The cars that Uber will acquire are based on Volvo’s proprietary, fully modular Scalable Product Architecture (SPA), which is already used for the carmaker’s Volvo 90 series and the new Volvo XC60 SUV. Beginning in 2019, Uber will start purchasing Volvo XC90 models and fit them with its own autonomous driving system, installing a range of sensors on their roofs. Both Uber and Volvo engineers are working together to develop the autonomous driving-compatible XC60 SUVs. For now, all autonomous vehicles still require a human driver behind the wheel, but this project could eventually allow Uber to operate driverless cars without requiring a human in the vehicle. Google’s Waymo is already preparing to pilot fully autonomous vehicles in Phoenix, Arizona, after more than eight years of development, and Uber is making efforts to catch up and reach this milestone as well.

The agreement between Uber and Volvo is non-exclusive, but it does boost Uber’s chances of overcoming the recent challenges it has been facing on the autonomous driving front. The deal could allow Uber to further refine its self-driving systems and better compete against Google’s Waymo, with whom it has been embroiled in a legal dispute over stolen trade secrets. Uber’s self-driving car unit has recently been sailing some rough waters because of the high-profile lawsuit and the departure of some top employees, but the company is still looking ahead and trying to advance in this area despite setbacks. The new deal builds on the older strategic partnership that Uber and Volvo started in August 2016 with a $300 million joint venture. 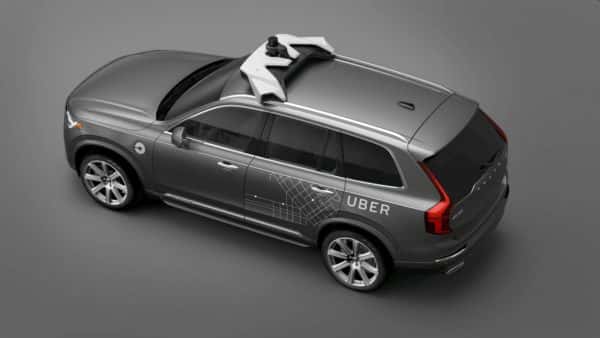