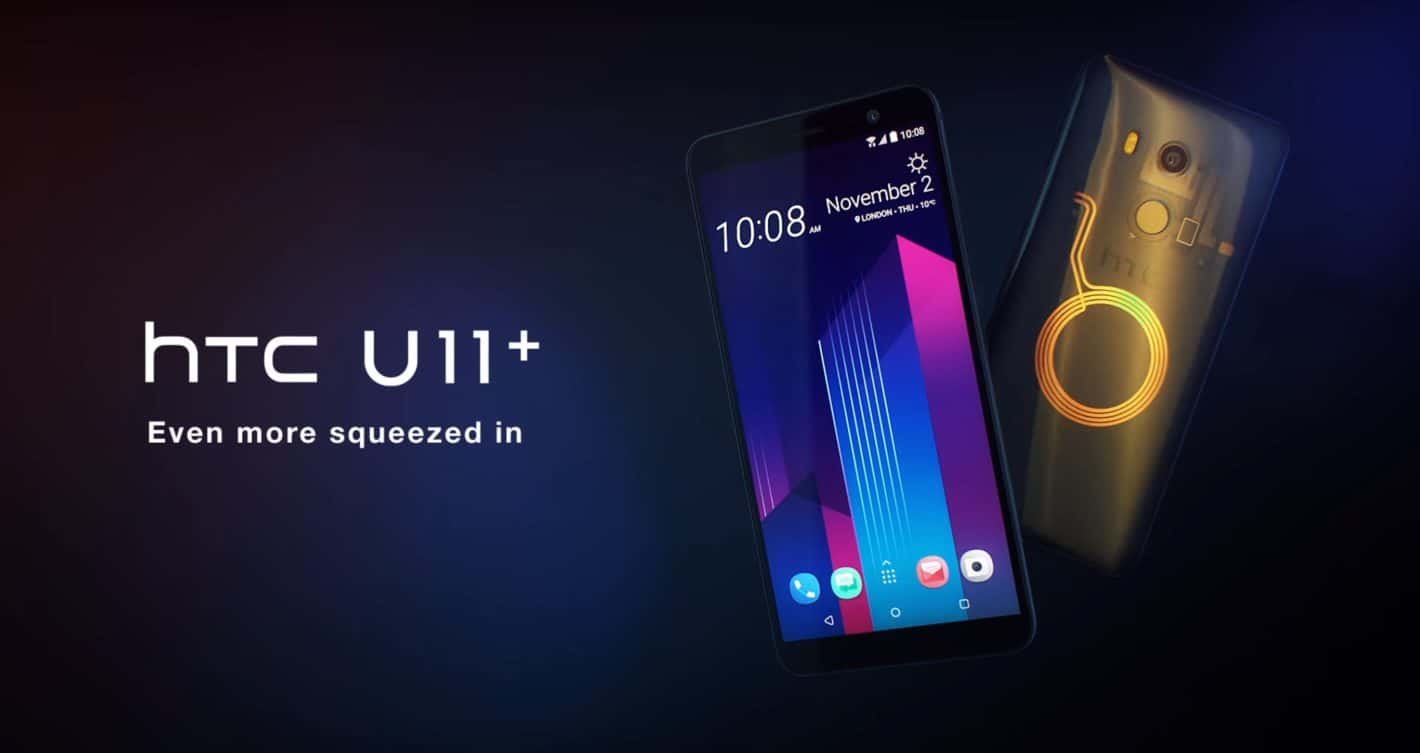 HTC debuted two new videos earlier today, shortly after officially announcing its latest Android smartphones in the form of the U11 Plus flagship and U11 Life mid-ranger. The clips that can be seen below are a combination of traditional advertising and a hands-on look at the new devices, seeking to highlight the main selling points of the handsets that will try to compete with offerings from Samsung, Apple, LG, Huawei, and other phone makers over the highly competitive holiday season.

The Taiwanese original equipment manufacturer is seemingly going all out on Edge Sense after debuting the technology with the original U11 and implementing it into Google's Pixel 2 lineup. The pressure-sensitive frames of the U11 Plus and U11 Life are heavily emphasized by the company, with HTC claiming they can facilitate everything from capturing photos to launching the Google Assistant, in addition to being highly customizable. The USonic earphones are another key part of the package, being bundled with both the U11 Life and U11 Plus and starring in the first commercial for the latter. A 3,930mAh battery of the Android flagship is also heavily promoted by the company which provided its new premium handset with all the hardware it needs for surviving a day on a single charge with no issues.

The U11 Plus and U11 Life are ultimately aimed at different market segments, with the mid-ranger being even more fragmented in terms of its two variants that significantly differ by capabilities and even software that's running on them; the U11 Life model with Android 7.1 Nougat-based HTC Sense is a true mid-range device, the Android One version of the smartphone running stock Android 8.0 Oreo out of the box is seeking to compete with somewhat more premium handsets, and the U11 Plus is a traditional flagship. The lineup itself is hence set to range from $349 to north of $900, depending on the exact phone model and territory, though the U11 Plus still isn't officially confirmed as coming to the United States. The U11 Life is now on sale in the country, being retailed by HTC and T-Mobile, whereas the flagship will initially go live for pre-orders in Europe on November 20th.