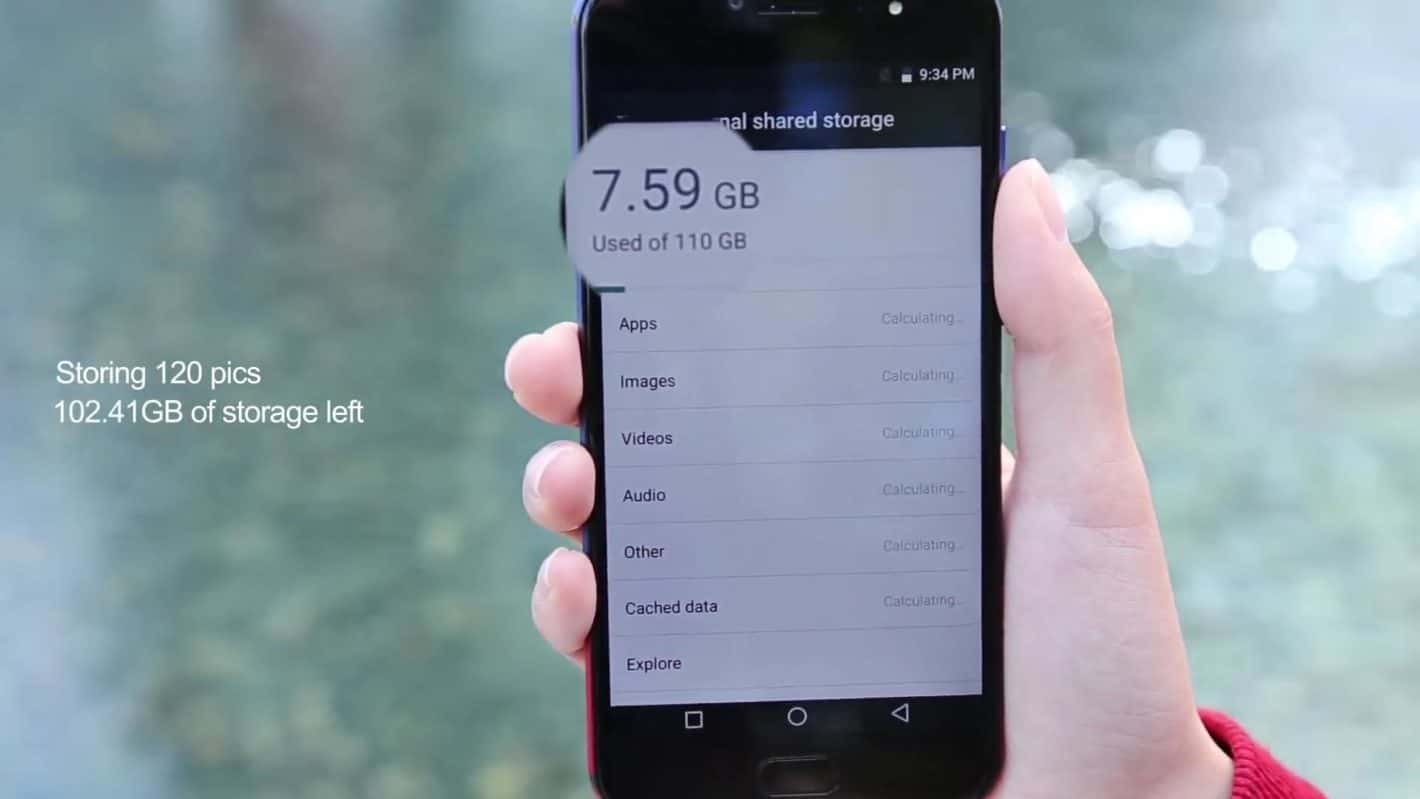 Ulefone has just released a new video in order to promote its T1 Premium flagship. This smartphone was announced a while back, and it actually comes with 128GB of native storage on the inside. Well, this video actually focuses on the phone's storage, as it's trying to show you how much stuff you can store on this smartphone. How is Ulefone attempting to do that? Well, read on, let's see what's the company up to.

Now, the first thing that the person in the video did with the phone, is installed 57 applications on it, and then showed off the phone's storage, the phone still had over 100GB of free storage for you to use. Now, the second section of the video is all about that camera, Ulefone actually decided to shoot at on of pictures with the device using the phone's camera burst mode, and the storage did not budge all that much, which was to be expected, as images took up only around 500MB of storage. Now, at the very end of this video, Ulefone actually throws some stats at us, the company claims that you can store up to 37,000 photographs on this smartphone, 16,000 songs, 3,700 apps, 1,850 games and 54 HD videos, and it even compares these findings with a phone which comes with only 16GB of internal storage.