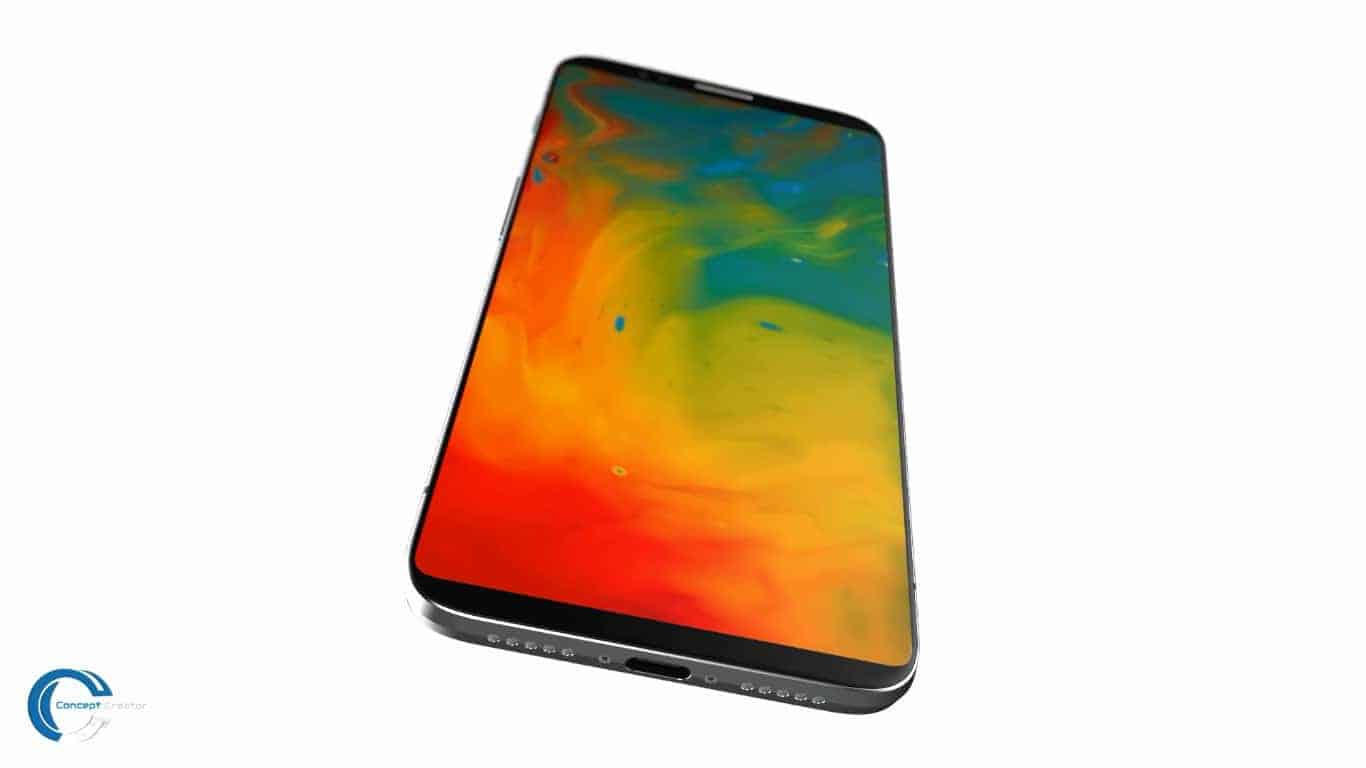 The OnePlus 6 is not expected to arrive for another 6-7 months, but a YouTube channel called 'Concept Creator' has already released a concept design for the device. The OnePlus 5T is OnePlus' flagship smartphone which was announced earlier this month, and it's the second flagship that the company introduced in 2017, following the OnePlus 5 which arrived back in June. Having said that, the OnePlus 6 will probably arrive in mid-2018, probably June, and while we wait for the phone to launch, let's check out this concept design, shall we.

It's worth noting that this concept design has nothing with an actual design of the phone, this is not a leak or anything of the sort. Having that in mind, this handset seems to be made out of metal, while it comes with a red-colored OnePlus logo on the back, and a vertically aligned dual camera setup on its back. All in all, the device looks quite sleek. The volume up and volume down buttons are placed on the left-hand side of the phone, and so is the phone's alert slider, just like it was on the OnePlus 5T and the company's previous phones. The bezels on the device are really thin, even thinner than they are on the OnePlus 5T, though the general design of the phone is somewhat different. The back side of the device is not exactly as curved as it was on the OnePlus 5T, it's almost flat (its sides are ever so slightly curved), but the phone's sides come with chamfered edges, as we've seen on many phones thus far. The display on this phone sports rounded corners, and the power / lock physical key lies on the right-hand side of the device. Speaking of which, the power / lock key doubles as a fingerprint scanner, which is quite interesting, though nothing we haven't seen thus far. There's one more button included on the right side of the phone, a dedicated camera key.

At the very bottom of the device, you will notice a Type-C USB port, and two speaker grills, while the 3.5mm headphone jack is not there, but it is included at the very top of the device. Now, the source did not exactly talk much about specs here, as this is just a concept phone, but it did mention that the device sports a 6-inch QHD AMOLED panel, and that we're looking at a 16 and 12-megapixel rear-facing cameras, and an f/1.6 aperture, while OIS is also a part of the package. That is pretty much everything there is, this is a nice-looking phone, and it remains to be seen if the OnePlus 6 will resemble it at all, as we still do not know anything about the device.