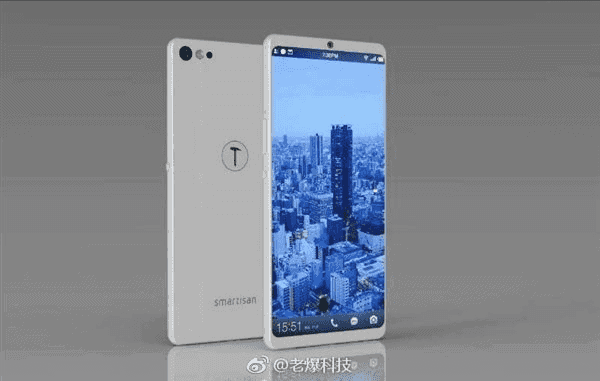 Chinese consumer electronics company Smartisan is seemingly preparing a direct sequel to the Smartisan Nuts Pro mid-range device released earlier this year, with leaked bits of information and a 3D render hinting at a full-screen display with an 18:9 aspect ratio. Rumors suggest that the Smartisan Nuts Pro 2, as it were, will deliver improved hardware specifications including a larger screen with a higher pixel count, and a more up-to-date system-on-chip from Qualcomm.

Smartisan appears to have caught the full-screen design “bug” and according to rumors from China, the company is now working on its own bezel-less smartphone as a direct sequel to the original Nuts Pro. Reportedly the second model will feature a 6-inch display with a resolution of 2160 x 1080 up from the original model’s 5.5-inch Full HD panel and will make use of the Qualcomm Snapdragon 660 chipset instead of the Snapdragon 626. Memory and on-board storage options are unknown, but the first generation device was equipped with 4GB of RAM and 32GB of on-board storage at the least, and evidently, the sequel should either equal or top that configuration. As for the media department, the Smartisan Nuts Pro 2 will reportedly sport a dual camera setup, not unlike the original, but this time around the setup will be comprised of a 12-megapixel main camera coupled with a secondary 5-megapixel sensor for bokeh effects. The front panel will apparently accommodate a 16-megapixel sensor but it’s not clear if different storage configurations will adopt different front-facing cameras like the original model did.

Reports suggest that the Smartisan Nuts Pro 2 will have a price tag of around 2,000 Yuan or the rough equivalent of $300, however details on the smartphone’s availability are missing. The original model was officially introduced in two color options in May 2017 for the starting price of 1,499 Yuan, and an additional two color choices have been added later down the line. Having said that and assuming that the company intends on following a yearly launch schedule then we can only assume that the Smartisan Nuts Pro 2 will be unveiled sometime around May next year. However, one alleged leaked image appears to showcase the smartphone’s retail box complete with the list of specifications mentioned above, and this would strongly suggest that the device has already been prepared for a much sooner market launch. Either way, the smartphone’s availability will likely remain limited to China. 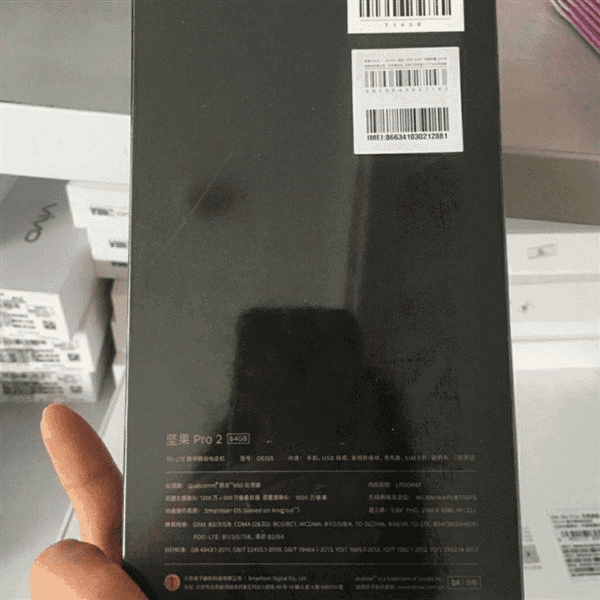