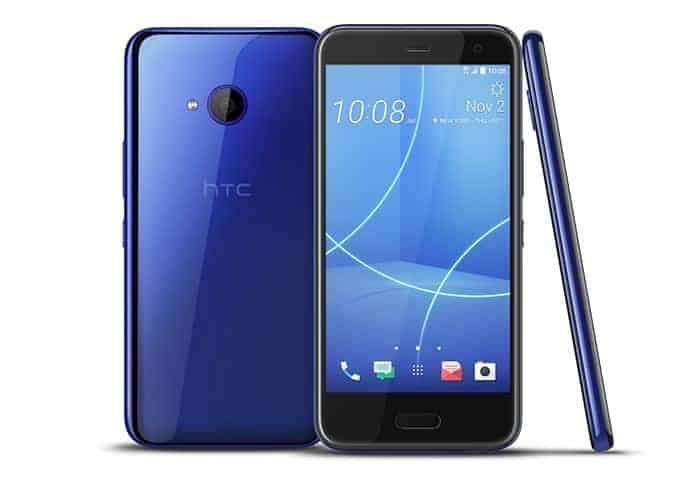 The mid-range HTC U11 Life introduced a few weeks ago is now reportedly receiving the Android 8.0 Oreo update that was promised at its launch. More precisely, as of this writing, the update is available only for the unlocked model which was released in the United States running Android 7.1 Nougat with HTC Sense on top, though the variant sold by T-Mobile should receive the same treatment soon. This update brings the 'Sensed' HTC U11 Life to the software level of the Android One variant lacking HTC's proprietary Android skin, and the software package introduces virtually all the new features that have been added to the larger HTC U11 Plus via the Oreo update a few days ago.

The HTC U11 Life was released in two main variants, one featuring the HTC Sense user interface on top of Android 7.1 Nougat, and the other fully embracing the Android One platform with the help of Oreo. Shortly after its release, HTC promised that the variant sprinkled with Sense will make the jump to Android Oreo within 30 days of the handset's market availability, and sure enough, the Taiwanese tech giant is now making good on its word by releasing Android Oreo on the unlocked model in the United States, with T-Mobile's variant most likely set to follow in its footsteps soon. The latest update to Android Oreo will introduce more refined Sense UI elements including rounded app icons based on Google's adaptive icons, enhanced media notifications and more, while under-the-hood improvements and tweaks should lead to higher stability, better energy management, and improved security.

As expected, the software update is now distributed over the air, meaning that it will expand gradually before reaching every unlocked device in the wild. The update should be preceded by a notification and users can attempt to trigger the process manually from the device's settings menu under 'About' > 'Software updates.' HTC U11 Life owners who are eligible for the update are advised to download the firmware over a Wi-Fi network to avoid potential extra bill charges or slow transfer rates and should ensure the smartphone has enough battery charge left to last through the entire process.