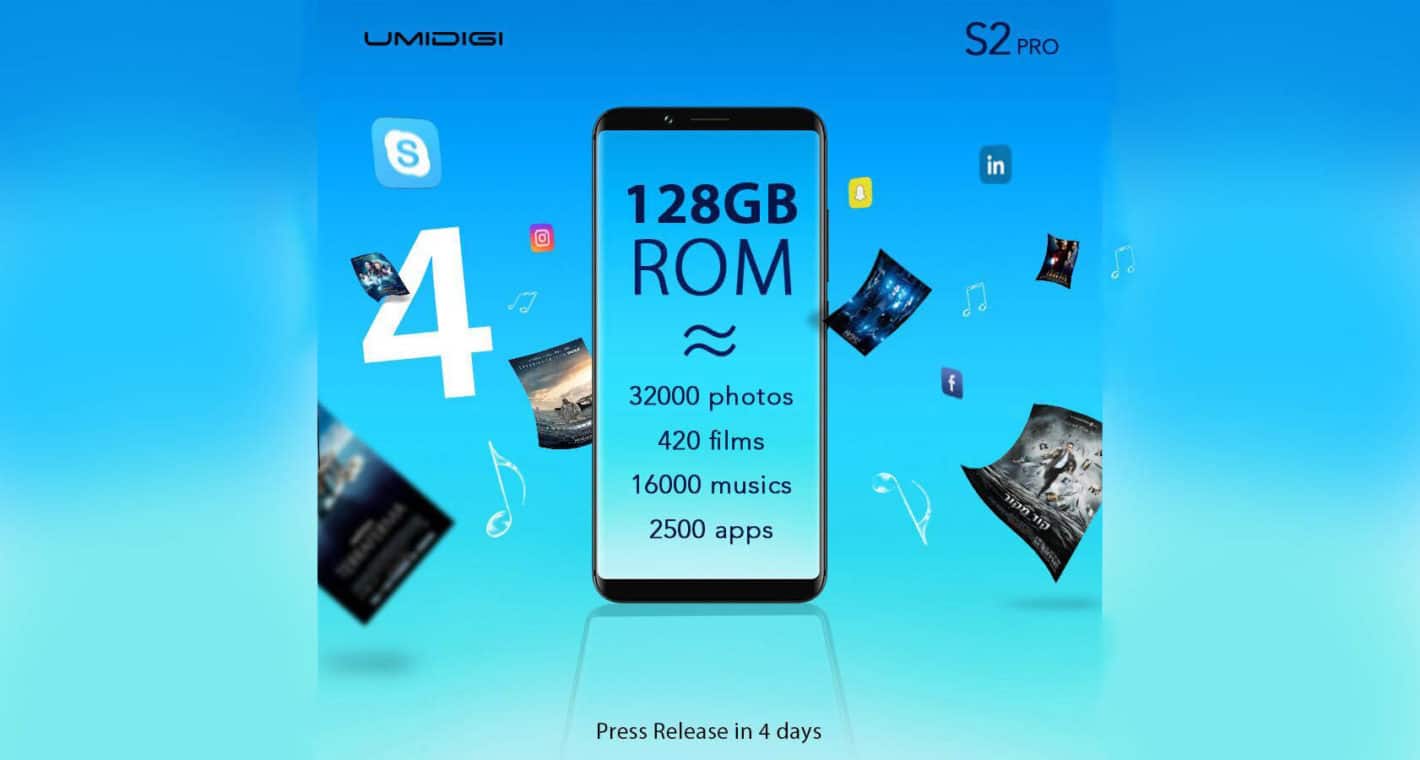 The Android-powered UMIDIGI S2 Pro will feature 128GB of internal flash memory, the Chinese original equipment manufacturer said over the weekend as part of its seven-day teaser campaign counting down to November 8th, thus reiterating that the successor to the UMIDIGI S2 will boast twice as much storage space as the original model. The company is advertising additional memory as one of the main selling points of the device compared to the previous smartphone, saying that the handset will be capable of storing 32,000 photos, 420 videos, 16,000 songs, or 2,500 Android apps on average. Another highlight of the upcoming mobile offering from the OEM is its previously revealed 5,100mAh battery which is said to be more than capable of lasting an entire day on a single charge.

The UMIDIGI S2 Pro will be officially released on Wednesday, the Chinese phone maker suggested earlier this month. The company is also planning another major announcement related to its next Android device on the same date and is currently in the process of teasing the unspecified reveal. All teasers introduced so far have been highlighting some of the main selling points of the smartphone which features a 6-inch display panel with an FHD+ resolution of 2,160 by 1,080 pixels amounting to a tall aspect ratio of 2:1, more commonly referred to as 18:9. The taller form factor and minimal bezels should allow the handset to offer a level of screen real estate that's well-above the traditional phablet mark while still delivering a device that's relatively easy to hold and doesn't come with an inconveniently large physical footprint.

The UMIDIGI S2 Pro will be powered by the MediaTek-made Helio P25 SoC and ship with 6GB of RAM. The rear panel of the device will accommodate a dual-camera setup entailing a 13-megapixel main sensor and a 5-megapixel one, the company previously revealed, adding that the slim top bezel of the handset will feature another 5-megapixel module. The smartphone will also boast a fingerprint sensor and run Android 7.0 Nougat out of the box. The Chinese consumer electronics manufacturer is expected to share several more teasers for its upcoming announcement over the coming days, though there's still no clear indication on what it is exactly that the OEM is planning to unveil on Wednesday.