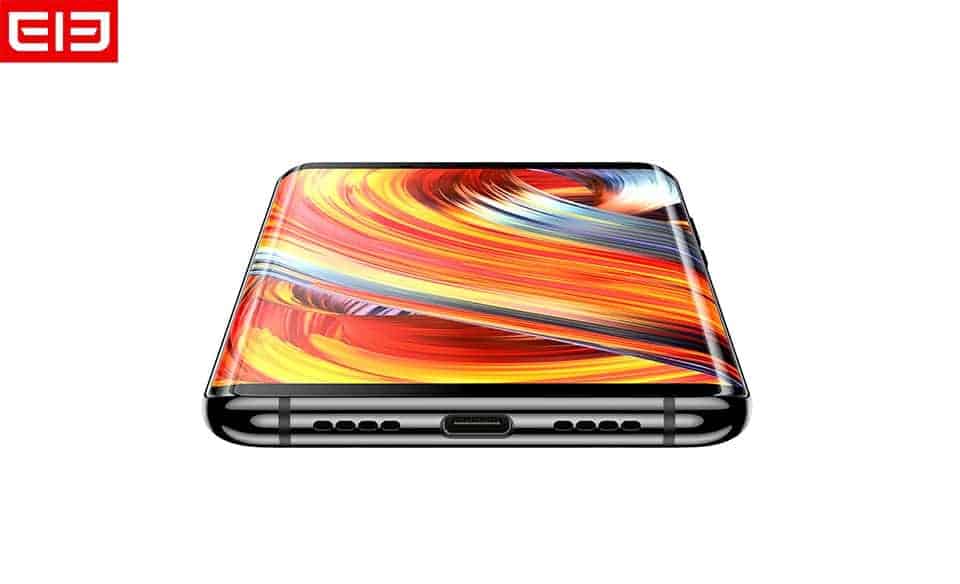 Some new Elephone S9 info just surfaced, following what was reported yesterday. The Elephone S9 is Elephone's upcoming flagship, and a direct successor to the Elephone S8 which was announced earlier this year. Now, according to the new info, the Elephone S9 will sport a Type-C USB port, as expected, and along with it, it will support super-fast data transfer, up to 10Gbit per second.

Now, if you take a look at the gallery down below, you will be able to see two new images that our source shared, both of which are showing of the alleged Elephone S9. The first image shows us a render of the device, and its curved display. This phone actually resembles the Galaxy S8 from this angle, and this image also gives us a look at the phone's Type-C port, speaker grills, and even the device's physical keys which are placed on the right-hand side of the device. Now, in the second image, you can also see the bottom of the device, along with a part of its front side, though this is a real life image. Unfortunately, the display is turned off, so we don't really get to see if there are any black bars around the display, but we'll hopefully find that out in the near future. We still do not know when will the Elephone S9 arrive, but it is expected to launch in the near future. We'll keep you up to date regarding the Elephone S9 news, but you can always visit Elephone's Facebook page for more info.