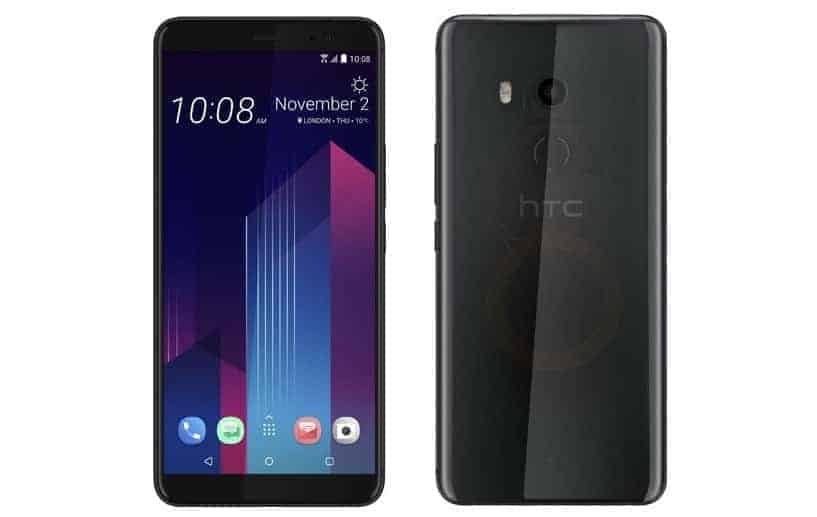 A new render supposed to depict the unannounced HTC U11 Plus was recently passed along by Evan Blass on Twitter, showcasing a large display with an 18:9 aspect ratio and an unconventional color option dubbed Translucent Black. This particular variant appears to be true to its name and actually allows for a sneak preview of some of the internal components of the device, including what appears to be a wireless charging coil.

HTC scheduled a product launch event tomorrow when the company is expected to reveal a new addition to the U11 series. Whether the new device will be the HTC U11 Plus or U11 Life (or both) remains to be seen, but it’s interesting to note that the date shown on the rendered smartphone’s display further lends credibility to the idea that a new 18:9 flagship device will be introduced on the aforementioned date. In addition, a recent teaser video shared by HTC via its Twitter account offered a brief glimpse at the upcoming smartphone’s back panel which also seemed to make use of a translucent material. Putting all of these puzzle pieces together paints a picture that strongly hints at an imminent official unveiling of the HTC U11 Plus, but that doesn’t necessarily mean that the rumored HTC U11 Life has zero chances of being introduced on the same day.

It has yet to be officially confirmed whether the translucent treatment will be reserved only for the black flavor or if this characteristic will encompass other color options as well, but according to recent reports, the device will be launched in at least three color choices – black, silver, and the one seen here. Either way and assuming that Translucent Black will indeed be listed as an official color, the Taiwanese OEM will hopefully have an interesting backstory on why it chose this particular design characteristic and how it managed to achieve it. What seems to be certain is that HTC didn’t lose its desire for standing apart from its competitors with new and unique ideas despite its recent issues related to its commercial performance. As far as hardware specifications are concerned, the HTC U11 Plus is expected to make use of roughly the same components as the standard U11 including a Snapdragon 835 system-on-chip, however, it will carry a larger panel and possibly a more generous battery.