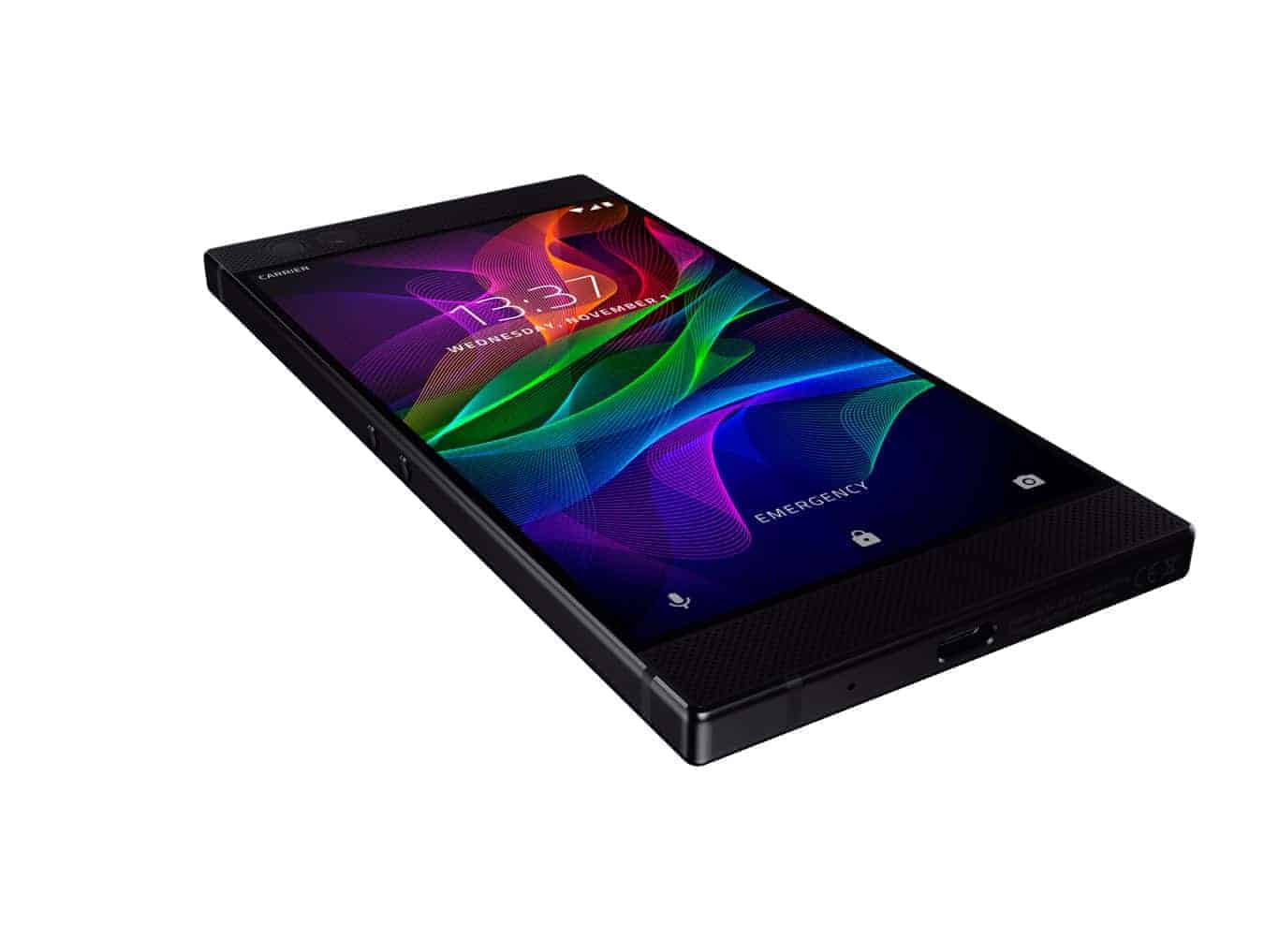 The Razer Phone is now available for pre-order in the UK exclusively through carrier Three on various plans and options. Razer is renowned for its gaming offerings, but the company has now decided to try its hand at the mobile market as well and the Razer Phone is its very first smartphone. The handset comes with some strong specs and features and it’s designed for gamers by gamers, packing a huge battery, a massive amount of RAM, and other powerful tricks. Three UK is offering several plans for the Razer Phone on 24-month contracts, all of which require a down payment of £49 upfront for the device.

The cheapest plan starts at £41 per month and packs 12GB of data, a £45 per month plan offers 30GB of data, while the most expensive plan costs £49 per month and brings 100GB of data. For pay-as-you-go customers, the Razer Phone is available SIM-free at the full retail price of £649.99, or at £594.99 with a SIM and a top-up of at least £10. To sweeten the deal, Three is also throwing in a few freebies for customers who purchase the Razer Phone. Go Binge, for instance, will enable zero-rating for popular TV and music services such as Apple Music, Netflix, and more, allowing users to stream without draining their data allowance. Another perk called Go Roam, meanwhile, allows customers to use their phone abroad in 60 countries worldwide, including Australia, the United States, Brazil, and Indonesia, without incurring any extra costs. Lastly, Three is also offering free 4G where available.

In terms of specifications, the Razer Phone features an energy-efficient 5.72-inch IGZO LCD display, a 1,400p resolution, a 120GHz refresh rate and Wide Color Gamut (WCG). Under the hood, the smartphone packs a 64-bit octa-core Qualcomm Snapdragon 835 processor with an Adreno 540 GPU, and a massive 8GB of RAM. Fueling things up is a large 4,000 mAh battery which, combined with the energy efficiency of the IGZO display and the Snapdragon 835 SoC, should keep the smartphone up and running for a long time on a single charge. The Razer Phone also supports Qualcomm’s Quick Charge 4.0+ fast charging technology, which promises to bring the phone from 0 to 50 percent battery life in just 15 minutes. Other specs include a 12-megapixel dual rear camera setup, an 8-megapixel front camera, Dolby Atmos support, and 24-bit DAC, among the highlights.