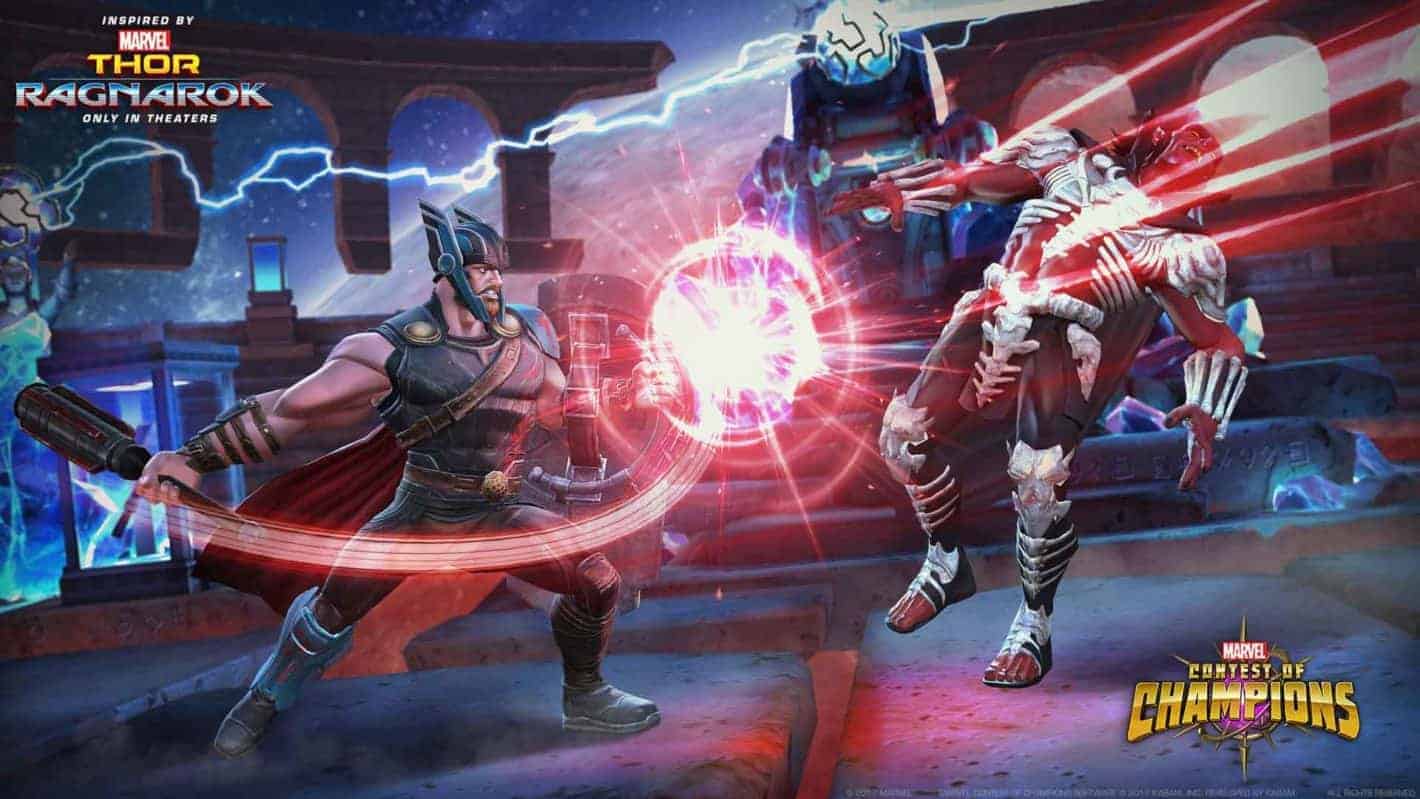 Thor (Ragnarok) is now part of Marvel: Contest of Champions on Android devices, developer Kabam announced earlier this week, thus adding yet another character to its game's ever-growing roster of superheroes. The special version of Thor became playable shortly after Thor: Ragnarok had its box office debut last month, with Kabam presumably looking to generate some additional momentum with its game by providing fans of the movie with a chance to play as Chris Hemsworth's demigod character. Thor's in-game backstory unsurprisingly takes inspiration from the movie, so if you haven't seen it yet, expect the game to provide you with some minor spoilers, at least if you're not able to resist reading his character's description.

Experienced players will be able to turn Thor (Ragnarok) into a highly resilient fighter with over 17,000 HP and an attack north of 1,080 points, Kabam said. The hero's Fearsome Fighter special sees him use his shield to take down enemies, whereas The Warrior Within one takes advantage of a sword. Thor's final special is known as God of Thunder and has a relatively self-explanatory name, being designed to deal lightning damage to anyone who dares to stand in your path. With a signature ability allowing him to control lightning, Thor (Ragnarok) should prove to be quite a deadly force in Marvel: Contest of Champions. The character was added to the popular Android game as part of its latest update which Kabam started distributing earlier this week and which you should already be able to download in all parts of the world. Other new features introduced with the recently released software package include a new tournament, additional Bounty Missions that will benefit both you and your Alliance, as well as some bug fixes and performance improvements.

The Power Reserve buff from Act 5, Chapter 3 has been optimized, i.e. weakened to make the level less frustrating, Kabam said, so if you got stuck on this level, now would be the time to try beating it again as it should be significantly easier. Refer to the Google Play Store banner below to download the latest version of Marvel: Contest of Champions.