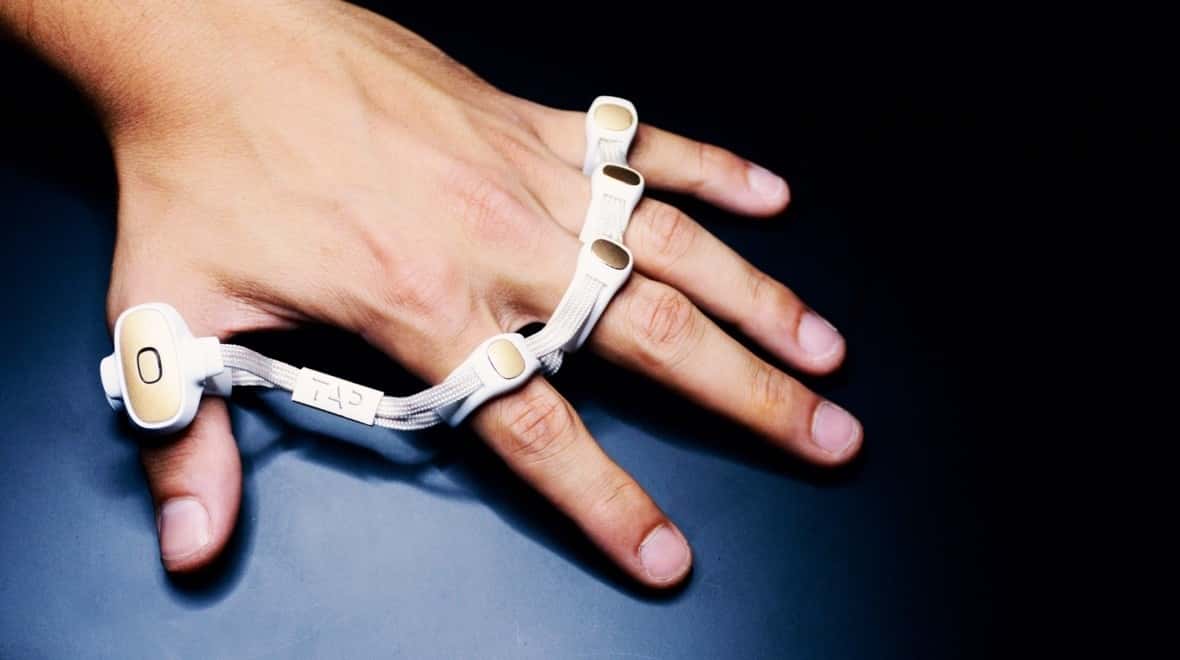 Tap, a wearable Bluetooth keyboard and mouse, is now available for pre-order on the manufacturer’s website and it will start shipping by late next month. The device consists of five rings, one on each finger, that are connected together by a fabric. The user may tap a finger to input a vowel while gestures and combinations are used to key in the consonants. The thumb ring, on the other hand, contains an additional sensor that permits it to also function as a mouse. The person can input text to paired gadgets on any surface, while the included cursor functionality allows the user r to easily navigate the user interface. The manufacturer claims that its wearable can be paired with a wide variety of devices, ranging from personal computers, smartphones, smartwatches and even virtual reality handsets, as long as they support Bluetooth keyboards and mice. However, Tap can only be paired with one device at a time.

Users are advised to top up the unit first before using it with the included charging case. Once the device is placed inside the case, the owner should then press the button located at the side of the charging case and an LED indicator located on the thumb ring will light up, which indicates that the wearable is currently charging. When fully charged, the battery included with the device can last for six hours of use and it can last a week in standby mode. To turn the unit on and off, the user should press the on/off button located at the top center of the thumb ring.

The manufacturer also developed two applications that new owners can use to learn the basics of operating the Tap device, which are the TapGenius and TapAloud. Both apps consist of eight "Tap-Sets" that consists of musical and visual lessons although the TapAloud app is specially designed to help visually impaired individuals. The Tap is available in large and small sizes, although the device itself can be adjusted to fit the person's hands. People may now pre-order the wearable from the manufacturer's website for $129.99 and they can choose between the two available color options, namely black and white. Included with the device is the charging case, a USB to micro USB cable, and a Quick Start Guide.