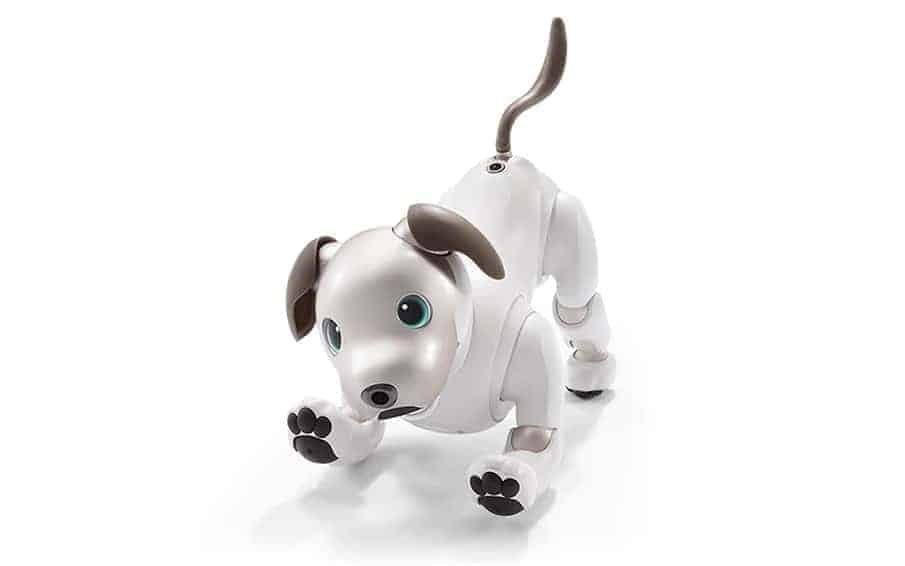 Sony entered the month of November with a somewhat unexpected announcement, taking the veil off a new aibo robot dog after nearly two decades since the original Aibo robot was introduced in 1999. Aside from having a non-capitalized nametag this time around, the new aibo robot dog from Sony improves upon the concept of non-organic pets with the help of artificial intelligence and cloud connectivity. The new model presents a friendlier, less industrial design and is capable of a wider range of motions and emotions expressed through more natural movement and a set of OLEDs embedded within the eyes.

The new aibo robot is powered by ultracompact 1 and 2-axis actuators developed by Sony. Body language is expressed through movements of the eyes, ears, and tail accompanied by different sounds, and with the help of artificial intelligence, the new aibo can detect a variety of interactions ranging from petting, head and back scratches, to smiles and praises. Furthermore, the robot's behavior is supposed to adapt and improve with time as it gains confidence in its environment and gradually expands its walking area. Sony's deep learning technology relies on a series of built-in sensors design to detect and analyze images and sounds, and these perpetual changes in the robot's behavior will be driven by Sony's AI technology allowing the robot to interface with the cloud. With the owner's permission, aibo can also collect interaction data and create a cloud knowledge database which can then use to further better itself.

This official announcement comes not too long after a report passed along earlier in October suggested that Sony is considering reopening its robotics arm with a new product following in the footsteps of the original aibo dog. The same report also suggested that this will only represent the company's first step into the realm of robotics, which will help in determining the company's next course of action. In any case, it's important to note that the new Sony aibo robot dog requires a 3-year subscription to take advantage of cloud connectivity and other features, which will set customers back 90,000 YEN ($789) outright or 2,980 YEN ($26) every month. The aibo robot itself will cost 198,000 YEN ($1,736) and will launch on January 11, 2018 alongside the "My aibo" smartphone application and the "aibone" bone-shaped toy accessory, which currently carries a tentative price of 2,980 YEN ($26). Refer to the source link below for more detailed technical specifications.