Skype has added new smart photo effects to its mobile app for Android in a bid to provide a more personal messaging experience to users by letting them customize their multimedia before sending it to other people. The photo effects include stickers with wacky faces as well as smart captions for regular images or Highlights. The effects themselves are referred to as “smart” because they’re offered to you based on the contents of your picture, with the functionality itself being powered by a Bing-made computer vision service.

To start using the new Skype feature, simply take a photo and then tap the magic wand icon found at the top of the main interface. The feature brings with it a load of effects that users can add to photos or Highlights, a feature recently added to Skype for mobile to allow users to post their recent trips and out-of-town activities. In order to see more options for photo effects, simply swipe to the right and a host of witty captions, face stickers, weather info, location banners, and face swaps will present themselves to you. Another interesting thing about the photo effects is that Skype constantly changes them on a daily basis so as to keep things fresh.

Sprinkles by Microsoft, an image processing service created by Bing, is largely responsible for the new photo effects. It collects inputs from images and uses several factors to add more elements to photos. The service works by identifying objects in a picture and producing personalized content that includes stickers and captions, essentially enabling the photo effects that are now live on Skype for Android. The photo effects feature marks the latest update to Skype, which received a major update in August as part of its 8.3 software build. That update included a wide variety of new features and changes such as the option to select themes and the ability to reorder chats, among others. While Skype isn’t as prevalent as it was several years back in face of new competitors, Microsoft is still adamant to continue supporting its communications tool and turn it into a more versatile platform with higher user engagement rates. 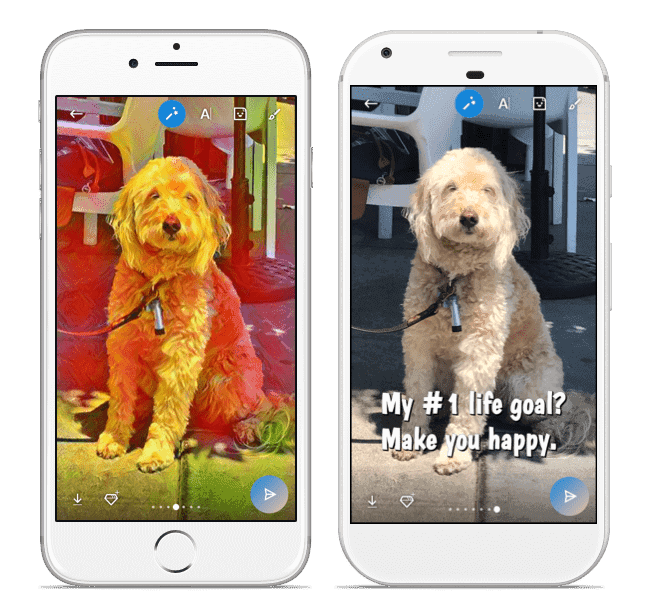