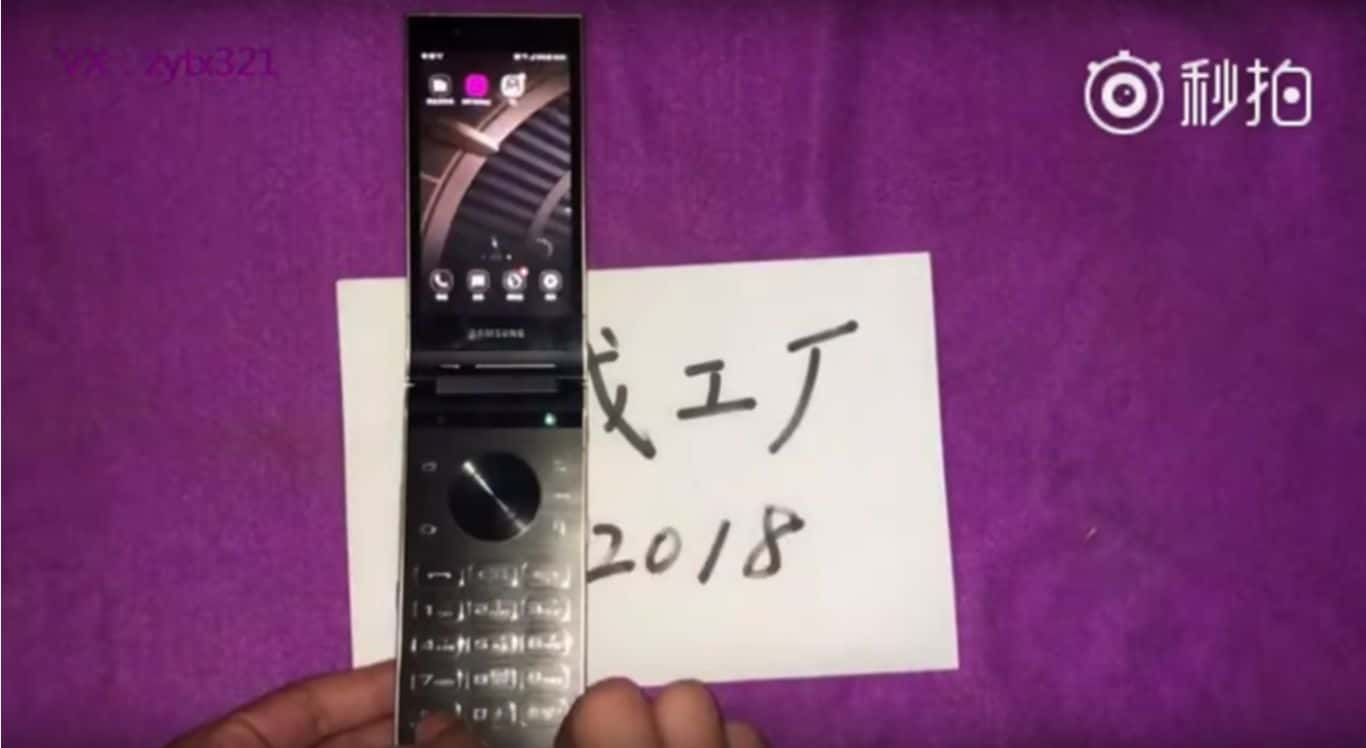 Samsung's unannounced flip phone which has previously been linked with the model number 'SM-W2018' was recently spotted in a new hands-on video. The clip that can be seen below originally emerged on the Chinese social network Weibo prior to being uploaded to YouTube and showcases the smartphone's exterior design complete with dual screens and a numeric physical keypad. This appear to be the same device as the 'SM-W2018' that's been spotted in numerous hands-on photos over the last several months, and given that it should be a direct follow-up to last year's SM-W2017 flip phone which was introduced in November 2016, the new model's market debut might be just around the proverbial corner.

The latest hands-on video showcasing Samsung's flip phone reveals a fairly standard design for this particular type of device. Like the company's previous flip phones, the first half of the SM-W2018 features two display panels facing opposite sides, while the other half accommodates a physical numeric keyboard on one side, and the main camera along with a fingerprint recognition sensor on the other. The frame of the device appears to be made of metal but the back panel seems to be covered in glass which could theoretically allow for wireless charging capabilities, although this characteristic hasn't yet been confirmed. As for the internal components, despite the adoption of an arguably outdated form factor which has been quickly phased out in the wake of the so-called 'candy bar' smartphone design, Samsung's upcoming flip phone is supposed to be able to compete with the most powerful devices on the market, as it will reportedly make use of the Qualcomm Snapdragon 835 SoC paired with 6GB of RAM, while also offering 64GB of on-board memory which can be further expanded by up to 256GB through a microSD card slot. The bottom rear panel of the handset should accommodate a 12-megapixel main camera, while selfie enthusiasts will rely on a 5-megapixel sensor, according to recent rumors.

As of yet, there's no official word in regards to the release of the SM-W2018, but it's likely that the sequel at hand will follow a yearly launch schedule and hit the shelves within the next couple of months. According to previous reports, the device has already been certified by China's regulatory agency TENAA, and like the previous Samsung flip phones, the SM-W2018 will probably be exclusively sold in the Far Eastern country.