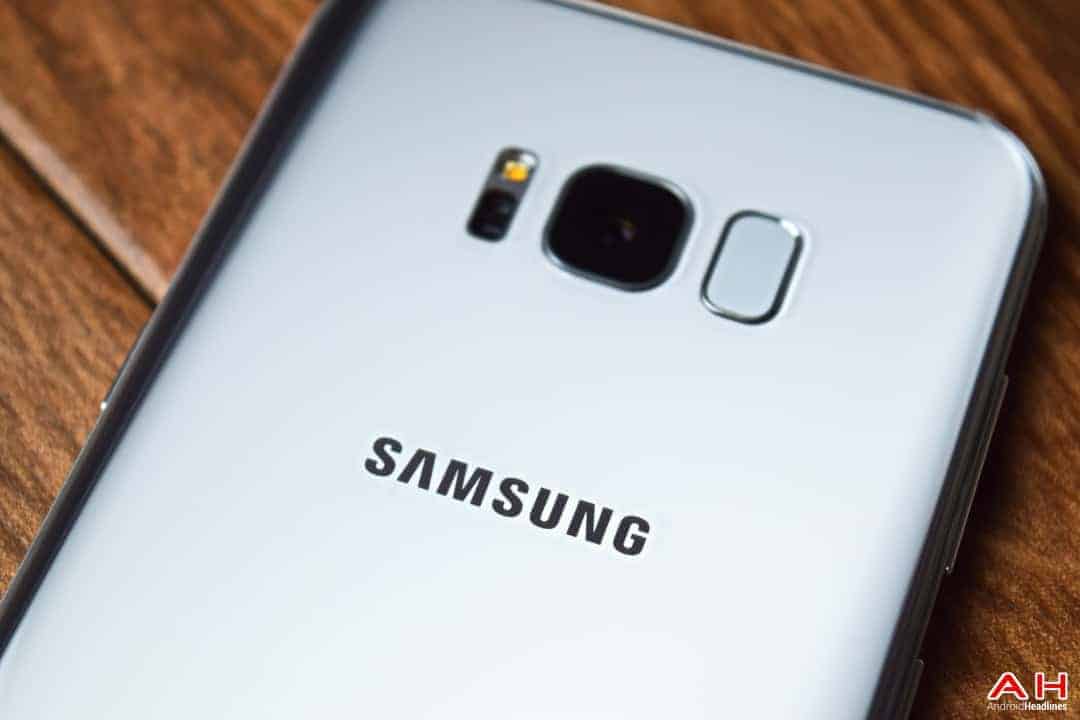 According to a recent KIPRIS application, Samsung Electronics appears to have secured the "Grand Prime" moniker in South Korea, suggesting that the OEM might be working on a new device destined to carry the aforementioned brand. There's no indication of whether the Grand Prime takes the form of a smartphone or tablet, but historically speaking the Grand Prime moniker was used by a couple of Samsung smartphones released in late 2014 and 2016, respectively.

In light of this new trademark, Samsung might be considering the release of a direct sequel to the Samsung Galaxy Grand Prime Plus which was originally introduced in November 2016. Once again, the KIPRIS application doesn't reveal any clues as to what form this device will take, however, it's more likely that the "Grand Prime" will be a smartphone rather than a tablet because the moniker has been solely used by Samsung handsets in previous years. As expected, the trademark application lacks any information regarding the hardware specifications surrounding the device, so the only point of reference at this particular point in time lies in the two aforementioned Grand Prime smartphones. Beginning with the first model launched in October 2014, it carried a 5-inch TFT display with a resolution of 960 x 540 and was powered by the Qualcomm Snapdragon 410 system-on-chip in some cases or the Spreadtrum SC7730 in the Value Edition. In both scenarios, the CPU was paired with 1GB of RAM and 8GB of storage expandable via microSD, and the device carried an 8-megapixel main camera along with a 5-megapixel front-facing sensor. Meanwhile, the 2016 model switched gears and made use of a MediaTek MT6737T SoC coupled with 1.5GB of RAM and 8GB of on-board memory. The sequel retained the original's display characteristics and camera configuration but ran Android 6.0 Marshmallow while the first device remained at the levels of Android 5.1 Lollipop.

Clearly, the Samsung Galaxy Grand Prime smartphone series was created for the budget market and assuming that the recently trademarked Grand Prime device will be a direct sequel then it will likely fit in the same category. It's too early to determine the exact specifications but with the moniker now being trademarked, more details on the device could emerge soon. 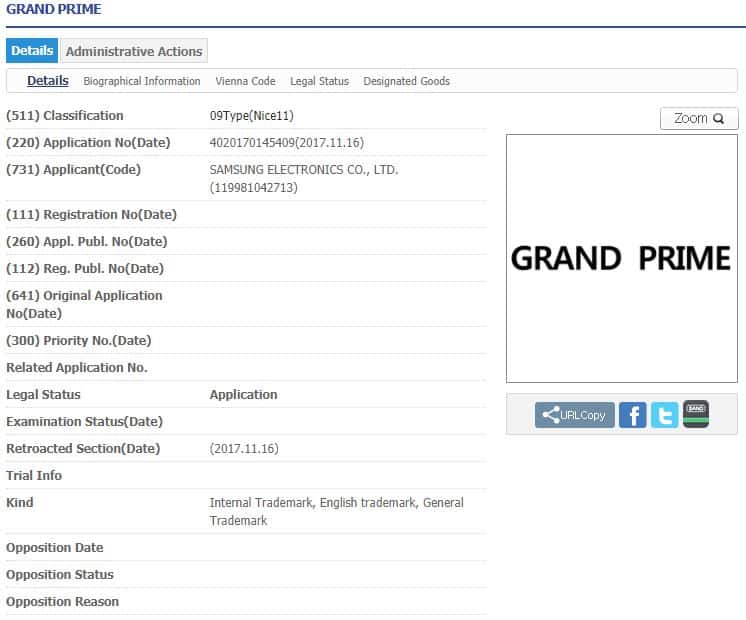