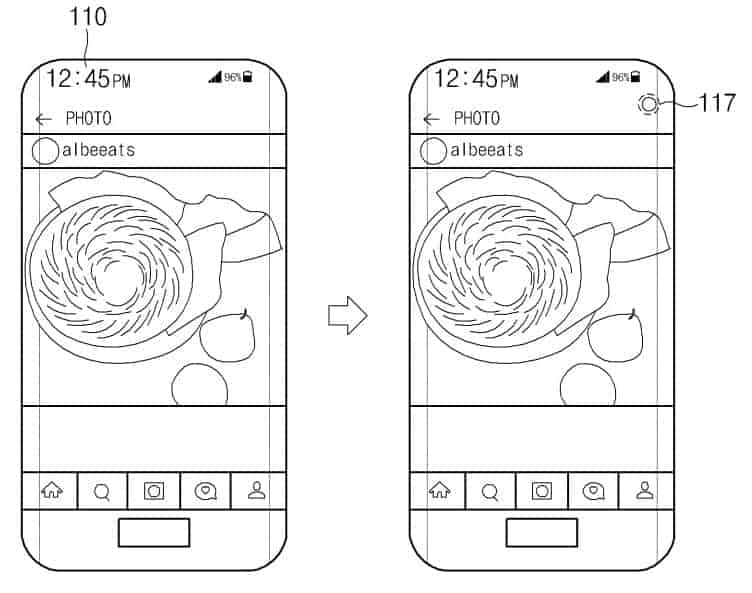 A new Samsung patent filed with the World Intellectual Property Organization (WIPO) highlights what Samsung may view as the future of smartphones in general, and in particular the evolution of its own line of Galaxy smartphones. As the patent provides detailed information and images of what could be a true full or all-screen smartphone.

The filing talks about how consumers are now more attracted to larger display smartphones (presumably not necessarily larger smartphone in general) and the actual filing is more preoccupied with discussing how certain aspects (like the antenna) can be incorporated into a design where the entire front panel is display-based. That is, incorporated without suffering a degradation in signal quality due to insufficient space for the antenna, or display color changes which may result due to the antenna being placed behind the ever-encroaching display. What is more interestingly though is the accompanying images which look to draw attention to the issue, as well as the proposed solutions in the patent. As the images do clearly show a smartphone which is entirely display-based at the front. That is, all aspects normally associated with the front panel are now seated beneath the front panel, including aspects such as the front-facing camera. Equally as interestingly, the images also do seem to show if Samsung does proceed with such a design format then the company intends to do so through an increased use of its ‘Edge’ design technology. With the sloped Samsung edges now no longer resigned to just the sides of the device, but also the top and bottom portions as well.

It is worth keeping in mind that Samsung is not stating this is going to be the type of design the company uses going forward as the images are simply illustrations to highlight points being made in what is otherwise a filing dedicated to more technical-focused issues surrounding the increasing size of displays. For example, the details in the filing go on to discuss various implementations of how the display will incorporate sensors beneath its surface, with one “embodiment” going so far as to suggest the camera will be visible behind the display when in use, and not visible beneath the display when not in use. An aspect which suggests this is further from becoming a reality than many might probably hope. Another embodiment looks to showcase additional displays which could be used in other places such as on the back of the device (as shown in the second image in the gallery below), to account for more visible information when the smartphone is viewed from the back – for example when placed face down. In either case, the patent does provide some insight into how Samsung is looking at how it can continue to innovate and provide an ever-increasing sized display without compromising on quality in other areas. 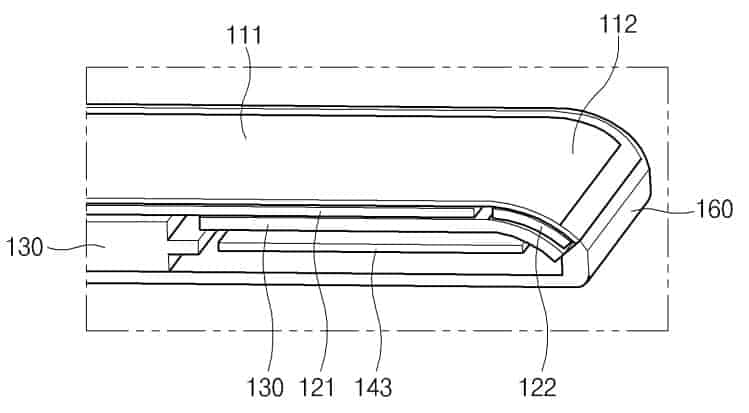 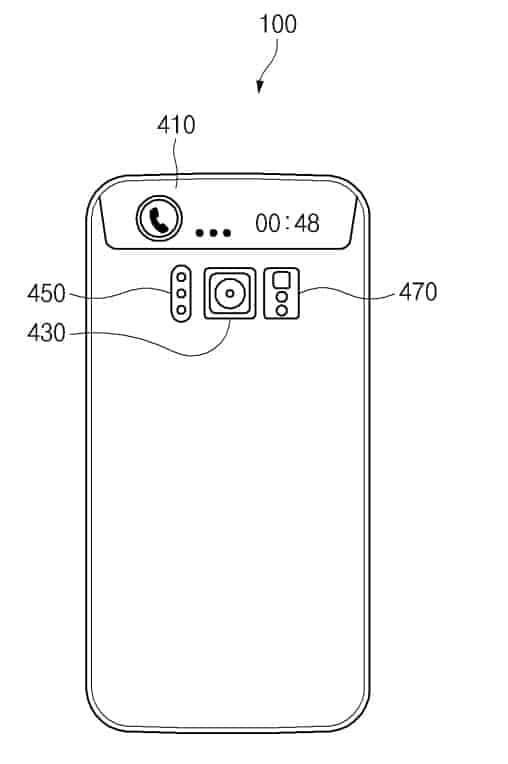 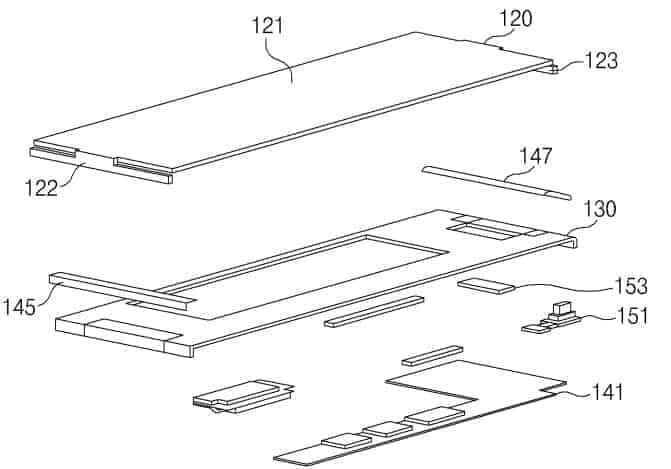