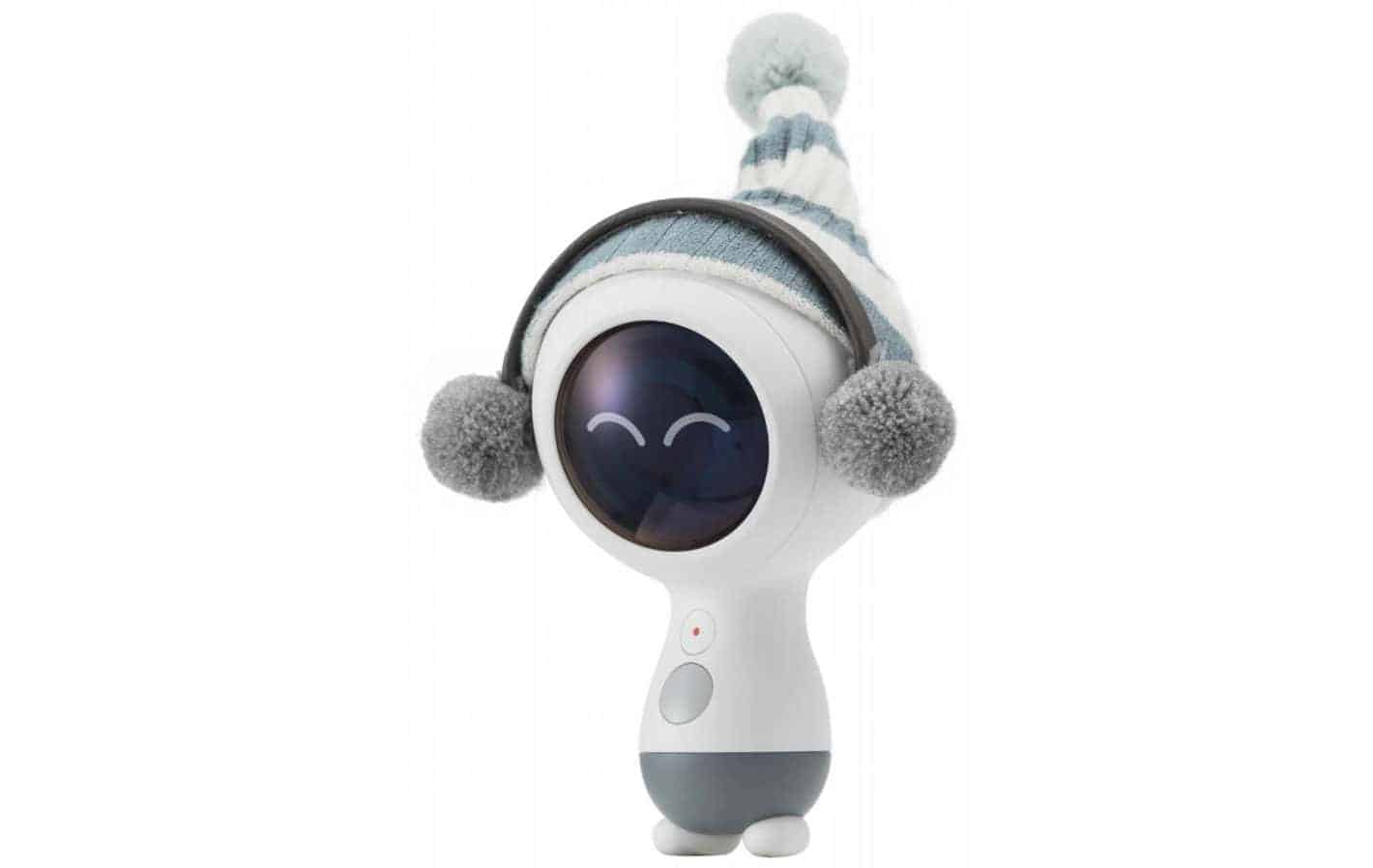 A device that's believed to be the Samsung Gear 360 (2018) camera appeared in a new design patent granted to the Seoul-based tech giant by the Korean Intellectual Property Office over the summer, with the filing itself being publicized earlier this week. Unlike the last commercially released model, the one seen below appears to have been designed to look more lifelike, being depicted with a minimalist face drawn on its head. The render that can be seen above and the ones in the gallery below also show the possible Gear 360 (2018) as wearing headphones and what appears to be a tiny replica of a virtual reality headset, as well as a winter cap, though none of those items are likely to be bundled with the camera and may only be used as part of some promotional materials.

Much like the previous model, the new Gear 360 (2018) is expected to boast 4K capabilities and still be able to record 360-degree video content. HDR and YouTube support are also presumed to be part of the package, as well as native compatibility with Samsung's Gear VR lineup of headsets. The camera still features a large circular physical button on its front which is meant to start and stop recording, with its actual lens not being perpendicular to the body and Samsung's patent showing it as being tilted slightly upward. The body of the device is also more rounded and is now closer to adopting a pear-like shape than the one of a simple handle featured on the old model. The actual name of the product isn't mentioned anywhere in the patent documentation, though the filing clearly describes the device as a handheld camera.

The South Korean tech giant traditionally refreshes its Gear 360 lineup circa the first quarter of every calendar year, meaning that its two best opportunities to announce the Gear 360 (2018) might be the Consumer Electronics Show in mid-January and Mobile World Congress in late February. Alternatively, the company may launch the camera alongside the Galaxy S9 smartphone lineup at a dedicated event in March before commercializing it next spring. The price of the gadget will likely be comparable to the one of its previous iteration which hovered around the $230 mark, depending on the market.