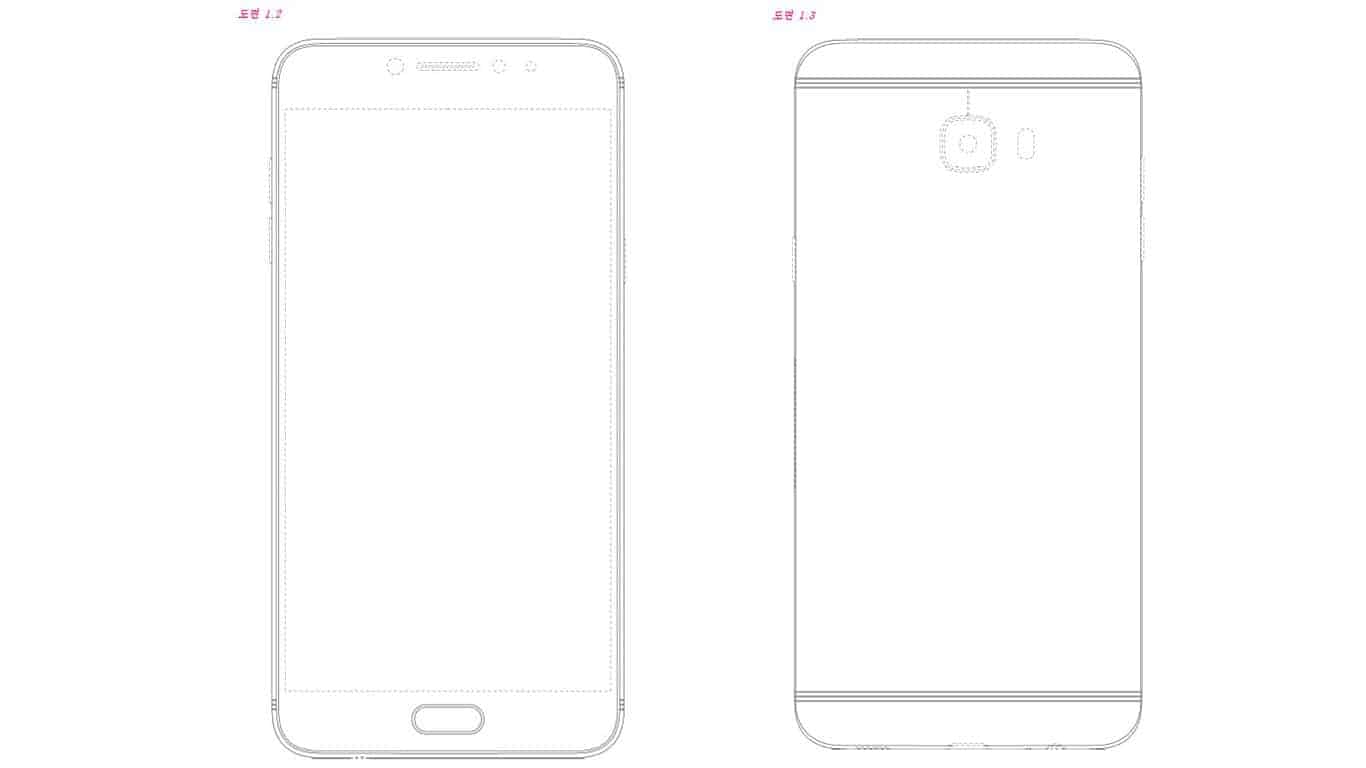 The Korean Intellectual Property Office (KIPO) has granted Samsung a new smartphone design patent, filed at the official website as registration number 30-0928968. The patent itself was filed for by Samsung in late 2016, registered on October 25, finalized on November 1, and appears to apply specifically to either a single future device or future devices to be released by Samsung. In addition to patent notes, the filing also contains images – which have been included below. In those images, according to the patent notes, solid lines are said to indicate the portion of the design which has been registered.

Delving further into the accompanying notes, there are a couple of aspects of the design which are pertinent to the patent itself. First, this patent only appears to apply in the context of a smartphone design – listed in the patent as a "portable information terminal." Moreover, the specific shape of the design is what appears to be protected by the patent, meaning that it should prevent other manufacturers from creating a device that is too similar in shape to Samsung's. Beyond that, the patent seems to apply if both the shape and materials are used. Those materials themselves are listed as being synthetic resin and metal. Understandably, some of the aspects of the proposed design are not covered by the patent. As shown in the patent images, the design patent does not appear to apply to the speaker or headphone jack placement of a device. It is also not applicable to the placement of the charging port, camera sensors or associated hardware and sensors, or to the screen. Finally, the placement of physical buttons along the device's edge is not covered under the design patent but the front-facing, oval-shaped home button Samsung is known for seems to be included since it is shown with the above-mentioned solid lines.

Since the patent filing itself dates back to 2016, it's really difficult to tell whether the design represented by the images is meant for a device that has already been released – such as the Samsung Galaxy S8 or Galaxy Note 8 – or if it is intended for a future device from the company. It is, however, filed specifically under the designation "Items to be designed." That may seem to point to a future device and it might be tempting to associate this with the already-rumored Samsung Galaxy S9. With that said, it may be best not to speculate too much at this point since the appearance of the handset doesn't seem to match up to any known up-and-coming smartphones from the company.

Advertisement
Trusted By Millions
Independent, Expert Android News You Can Trust, Since 2010
Publishing More Android Than Anyone Else
27
Today
88
This Week
580
This Month
3092
This Year
104571
All Time
Advertisement