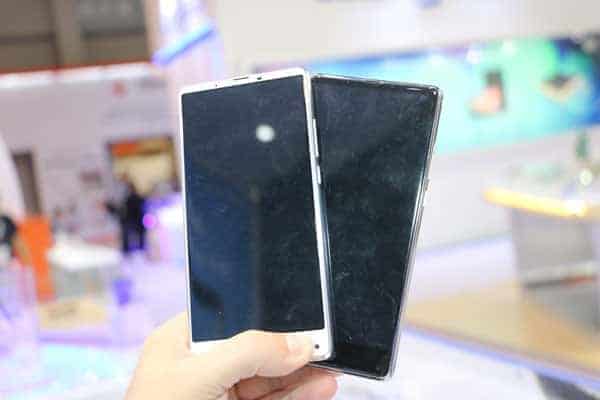 The images and specifications of an upcoming handset from Ulefone, the Ulefone MIX 3, has been released by  Notebook Italia. The front of the device contains a 5.7-inch display which has a resolution of 1280 by 720 pixels and an aspect ratio of 18:9, although the website did not specify the panel technology that the manufacturer used for the MIX 3. Below the screen is the home button and a front-facing camera while additional sensors are located above the display. A fingerprint scanner is also included and it is likely embedded into the smartphone’s home button. The right-hand side of the handset contains the volume rocker and the power button. At the bottom of the smartphone is a microUSB port for charging and data transfer while at the top, people may find the 3.5mm headphone jack. A vertically-arranged dual camera setup is placed at the rear panel of the device along with the device branding.

Powering the Ulefone MIX 3 is the MT6750T chipset from MediaTek, which is comprised of an octa-core ARM Cortex A53 CPU and the Mali-T860 MP2 GPU with a maximum frequency of 520MHz. The CPU is divided into two groups of four cores, with one group clocked at 1.5GHz while the other cluster runs at 1.0GHz. The modem incorporated into the SoC supports Category 6 LTE and Voice over LTE (VoLTE) and it is capable of two-carrier aggregation for increased download speeds. The handset also sports Wi-Fi connectivity, Bluetooth, and GPS navigation functionalities.

The handset contains 4GB of RAM and 64GB of internal flash storage that can be expanded using a microSD card. The rear camera of the handset is equipped with a 13-megapixel sensor and a 5-megapixel shooter, and in between the two sensors is the LED flash. The front-facing camera, on the other hand, comes with an 8-megapixel snapper. To keep the lights on, the smartphone contains a 3,400mAh battery and it supports fast charging for quick top-ups. The handset runs Android 7.0 Nougat and there is no word yet if the smartphone manufacturer will update the smartphone to Android 8.0 Oreo. Interested consumers may choose among the two color options, namely the polished white and the metallic gray. More information about the availability and pricing of the device will likely be released soon.