Data and analytics company GlobalData has put out a new infographic, comparing a smart device released in 1992 to the Samsung Galaxy S8, in order to show just how far smartphones have come in the last 25 years. The results themselves are hardly surprising, with consideration for the fact that smartphones account for 90-percent of mobile sales and are expected to perform such a huge number of tasks. In fact, GlobalData says that earlier device, the IBM Simon, wouldn’t even be recognized as a smartphone by most users under modern standards. However, it is interesting to note how different aspects have changed much more dramatically than others and how several aspects of the technology have changed comparatively little.

For starters, smartphones today and specifically the Samsung Galaxy S8 are up to five times thinner than the IBM Simon was. In terms of weight, that has dropped by as much as 300-percent in some cases. The screen technologies, meanwhile, have improved by enough that pixel density is up by 400-percent in the comparison – with the Galaxy S8 sporting a 5.8-inch screen, packing in 570 pixels per inch. Color options for the body that display is set into, on the other hand, have varied from device to device. Using the Galaxy S8 as a standard, GlobalData says that device is a 500-percent increase since the IBM Simon only came in one color. Despite the improvements in both weight and bulkiness, improvements have been even greater on the components front. The Galaxy S8 and many other smartphones across the pricing tiers ship with 4GB of RAM that’s an improvement of over 4,000-percent. Things look even better when considering storage, which improves by a factor of 32,000 from the Simon to the Galaxy S8’s 32GB. Obviously, similar improvements are also present in the processing hardware and download speeds have increased by as much as 500,000-percent.

Meanwhile, when looking at the Samsung Galaxy S8 in particular, pricing has also improved. The IBM Simon cost around $1,099, while the Samsung Galaxy S8 bears a suggested retail price of around $750. However, that hasn’t been true across the board and it could be said that pricing is actually the area where things have not improved a whole lot. With that said, consumers get a lot more for their money with a modern smartphone and pricing has remained consistent between the IBM Simon’s cost and the most expensive flagships available today – such as the Samsung Galaxy Note 8, which sells for around $949 and has an MSRP of $1,114. 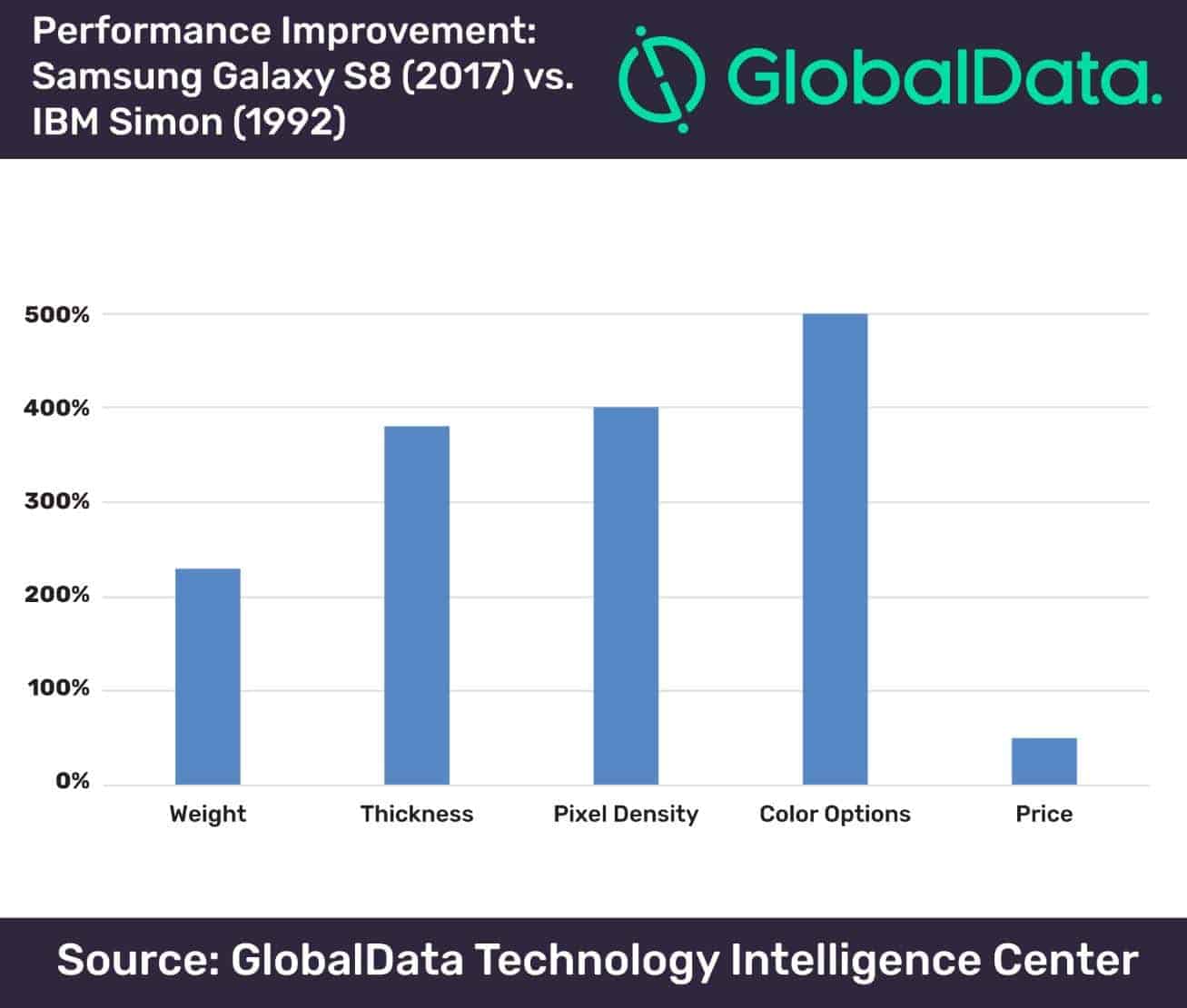