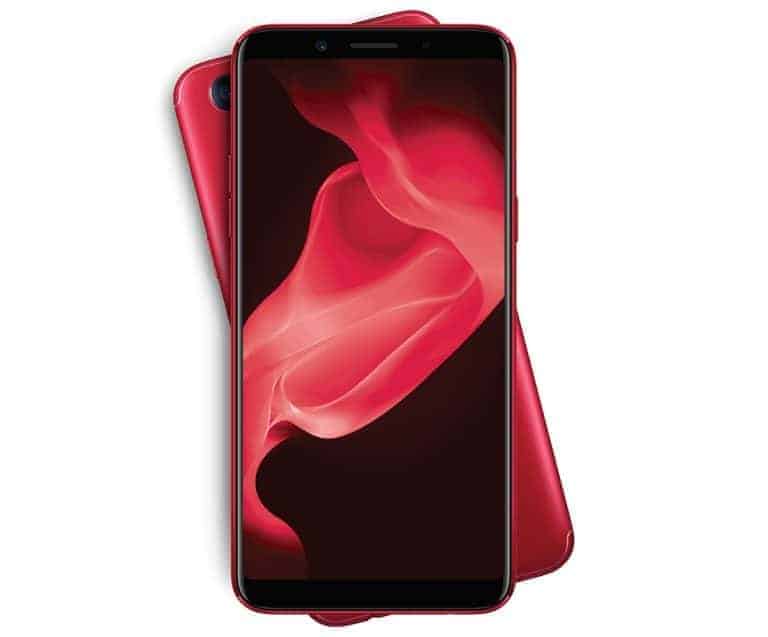 The OPPO F5 was announced in India earlier this month, and a new version of the phone has just landed as well. OPPO has announced the Red Edition of the OPPO F5 in India, and for those of you who do not know, this smartphone was originally announced in the Philippines last month. Having said that, this Red Edition OPPO F5 smartphone comes with the same specs as the regular model, but it comes with a red-colored shell, its front side is black, and so is the camera sensor on the back, but everything else is red, basically.

This handset got announced in partnership with Vogue on their 10th anniversary, which is a rather interesting piece of information. The OPPO F5 is made out of metal, while it sports a single camera on the back. This smartphone has really thin bezels all around, and its display sports rounded corners. The device does resemble the OPPO R11s and the OnePlus 5T, and we're looking at a mid-range handset here. The OPPO F5 comes with a 6-inch fullHD+ (2160 x 1080) display, while it has Corning's Gorilla Glass 5 protection on top of it. The phone is fueled by the Helio P23 64-bit octa-core processor, while it comes in both 4GB and 6GB RAM variants. The 4GB RAM OPPO F5 features 32GB of storage, while the 6GB RAM model comes with 64GB of native storage, both of those variants offer storage expansion via a microSD card as well. Android 7.1 Nougat comes out of the box here, while OPPO's ColorOS 3.2 is included on top of it as well. A 16-megapixel shooter (f/1.8 aperture) can be found on the back of this phone, while a 20-megapixel camera (f/2.0 aperture) is included on the front side of the device.

A 3,200mAh non-removable battery is also included here, and the phone comes with a 3.5mm headphone jack. The black variant of the device with 6GB of RAM and 64GB of storage can already be pre-ordered on Flipkart for Rs. 24,990, and it will ship your way starting on December 1. The Red Edition OPPO F5 will become available starting on December 9, and it will be available on Flipkart and via offline stores. It's also worth noting that OPPO and Vogue actually designed some premium leather gift bags which will ship with the Red Edition OPPO F5, so keep that in mind.