Nokia still did not confirm that the Nokia 9 will become a reality at some point, and yet a new Nokia-branded handset has received its 3C certification in China, and reports are claiming that this is the Nokia 9. This handset got certified with a TA-1054 model number, now the Nokia TA-1041 which was certified back in September turned out to be the Nokia 7, so the Nokia TA-1054 could end up being the Nokia 9, numbers definitely fit.

That being said, this certification really did not reveal anything all that important about the device, aside from the fact it will ship with 4G LTE connectivity and similar info, and that will all depend on the market it ships from, of course. The Nokia 8 was announced by Nokia a couple of months ago, and that is the company’s current flagship smartphone. The Nokia 9 is expected to become Nokia’s second flagship device, and sports a more appealing design than the Nokia 8, not to say that the Nokia 8 is not a nice looking phone, but it’s certainly not up to par with the Galaxy S8, LG V30, and other ‘bezel-less’ handsets out there. The Nokia 9 is actually rumored to ship with a similar spec sheet to its Nokia 8 sibling, and we cannot really know exactly to expect out of this smartphone, as rumors have been all over the place, but we can always guess, of course.

The Nokia 9 is rumored to ship with Qualcomm’s most powerful mobile SoC, the Snapdragon 835. In addition to that, it’s quite possible that Nokia will introduce several variants of the device, 4GB and 6GB RAM models are expected, and chances are that those two variants will ship with 64GB and 128GB of internal storage. The Nokia 9 will almost certainly sport a dual camera setup on the back, and it’s possible it will come with a similar setup as the Nokia 8. If that turns out to be true, you can expect to see two 13-megapixel shooters on the back of the Nokia 9, including Carl Zeiss Optics, of course. The Nokia 9 will sport some sort of IP certification for water and dust resistance, and the phone will probably ship with Android 8.0 Oreo, though that depends on when it gets announced. Nokia OZO will be included as well, and a 3,090mAh battery will also be included in the package. 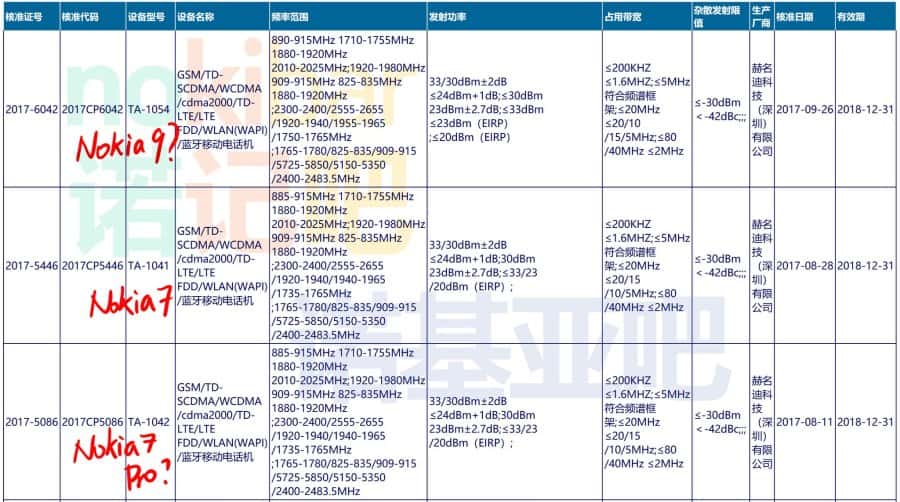