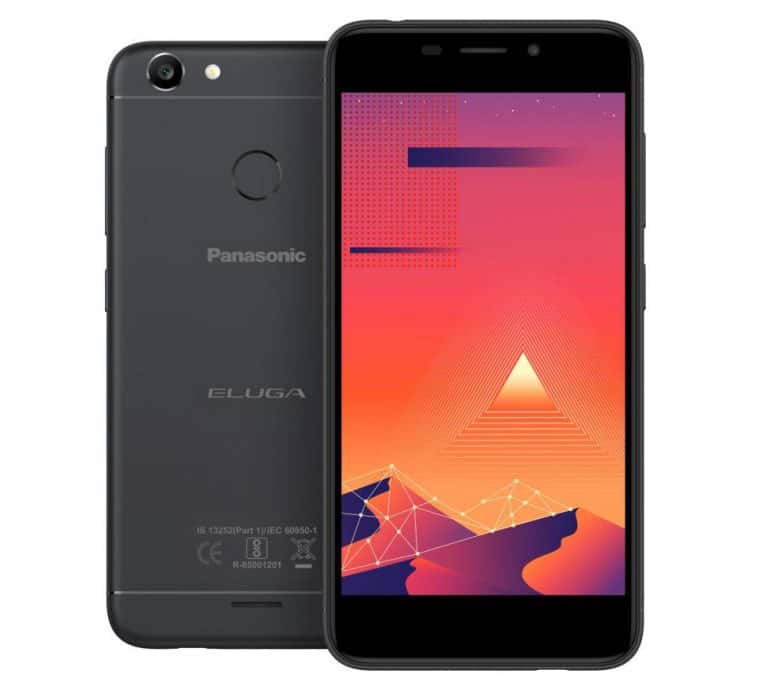 The Panasonic Eluga I5 does not exactly sport the thinnest bezels around, but you cannot really expect more at this price point. The Panasonic Eluga is quite compact, thanks to the size of its display, this phone sports a 5-inch 720p (1280 x 720) display with a 2.5D curved glass on top of it, and the display is protected by the Asahi Dragon Trail Glass. The device is fueled by the MediaTek MT6737 64-bit quad-core SoC, while the Mali-T720 GPU is also included on this chipset. The phone packs in 2GB of RAM and 16GB of expandable storage, while a 2,500mAh non-removable battery is also included in this package. A 13-megapixel snapper is placed on the back of the Panasonic Eluga I5, and so is an LED flash. Android 7.0 Nougat comes pre-installed on this smartphone, and the phone comes with a dual SIM setup (2x nano SIM) as well. You will find two SIM card slots on the inside, while you can use the second SIM card slot in order to expand the phone’s internal storage via a microSD card. A 5-megapixel camera is available on the front side of this smartphone, and the phone also includes Bluetooth 4.0, 4G LTE with VoLTE, and Wi-Fi 802.11 b/g/n.

The Panasonic Eluga I5 measures 143 x 71 x 7.5mm, while it weighs 145.5 grams. The device arrived to India in Black and Gold color variants, and it is priced at Rs. 6,499 ($100), for those of you who are interested. The Panasonic Eluga I5 is actually already available in India, you can purchase it over at Flipkart if you’d like, just follow the source link down below.