Chinese smartphone manufacturer OPPO seems to be entertaining the idea of creating a foldable smartphone, at least according to a recent patent application depicting a variety of sketches. In theory, this particular device would feature a hinge separating the top part of the device from the rest, with a flexible display panel covering and folding around the whole mechanism. The main purpose of this design seems to revolve around the idea of having a single camera that can act as both a front and rear-facing unit depending on how the upper part is being folded, and of course, OPPO is no stranger to this particular concept, even though its previous attempts haven’t relied on flexible display technology.

Flexible displays seem to be the next major change in the design philosophy of smartphones, with companies like LG and Samsung having acquired numerous patents for a wide variety of flexible smartphone and tablet concepts over the past few years. Each manufacturer seems to have a more or less different approach to flexible panels, and OPPO’s recent patent application is fairly unique. OPPO has been experimenting with the idea of a single camera sensor being used for both the front and rear panel before, and in the year 2013 the manufacturer released the OPPO N1, its first smartphone equipped with a single rear-facing camera embedded in a module able to rotate around its horizontal axis to double as a front-facing sensor. The same concept was then borrowed by the OPPO N1 Mini a year later, and the 2015 OPPO N3 was the last in the series to make use of a single rotating camera.

Judging by this recent patent application, OPPO seems to want and improve upon its previous idea with the help of flexible panels. Instead of a rotating module, the device shown in the application can bend around 30 percent of the top area which then wraps around the back panel. Since the camera resides at the top, it can technically be used for capturing photos from either perspective. But as usual regarding patent applications, these sketches don’t guarantee the arrival of a new flexible device from OPPO. They only hint at the company’s future plans for flexible display technology, and it remains to be seen exactly how or if OPPO will utilize it in the future. 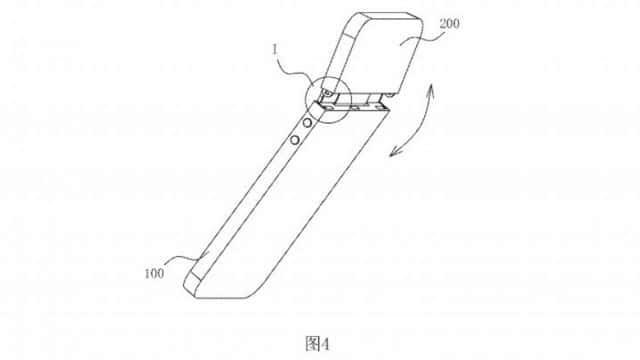