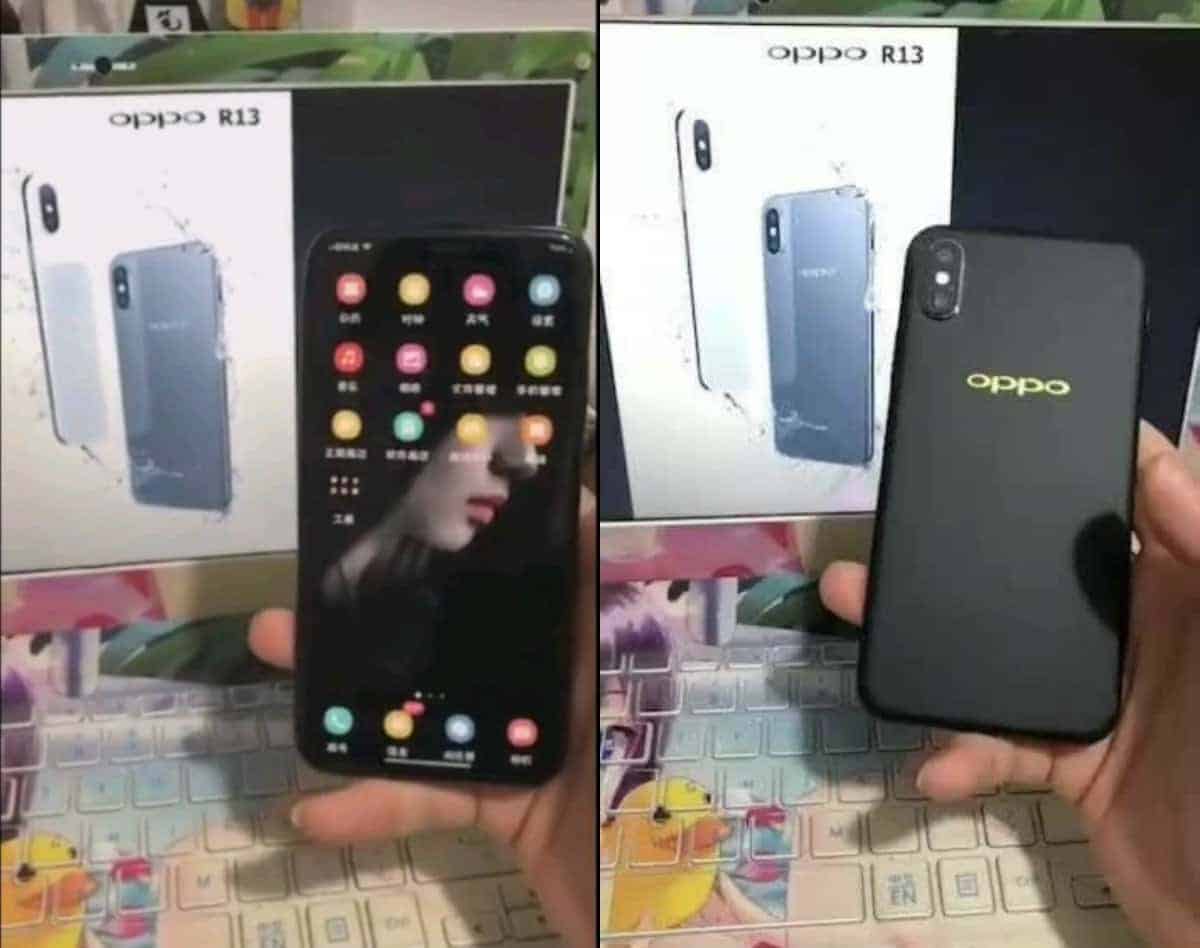 A couple of month ago, OPPO filed for a rather interesting patent, a smartphone with a notch on top of the display, similar to the one on the iPhone X, and now a couple of real life images surfaced, showing off one such smartphone. If you take a look at the images in the gallery down below, you will see what seems to be a direct copy of the iPhone X, and this is allegedly the upcoming OPPO R13 handset, though it’s worth noting that these images may be completely false, so take this leak with a grain of salt.

In the provided images, the device sports a dual camera setup on the back, a dual camera setup which comes with a vertical alignment, and it looks just like the one on the iPhone X. now, if we take a look at the front of the device, you will notice that the phone seems to be almost bezel-less, though the background is black, so we don’t really get to see the notch that is probably included at the very top of the device. The little white indicator at the very top of the display is also here, just like on the iPhone X, and on the iPhone X, it indicates where you need to interact (gestures) with the phone in order to get back to the home screen, pull up the multitasking menu, or switch between apps. This phone seems to be made out of metal, and you can even see some additional renders of this phone in one of the images. Now, based on this leak, the OPPO R13 will be available in Black, Gray, and White color variants, and a dual camera setup on the back will protrude a bit.

The OPPO R11s and R11s Plus have been announced a while back, and these two smartphones actually come with ‘full-screen’ designs, they sport really thin bezels, and are made out of metal. The OnePlus 5T actually borrowed the design from the OPPO R11s, and if this OPPO R13 leak happens to be real, the OnePlus 6 could look similar to it, though it’s too early to predict such things. If this OPPO R13 is real, we’ll probably see some additional info pop up in the coming weeks / months, so stay tuned.

UPDATE: hands-on video (from which these images were taken), has just surfaced as well, it has been embedded down below.